Hurricane Hunters: Data’s journey from the sky back to Earth 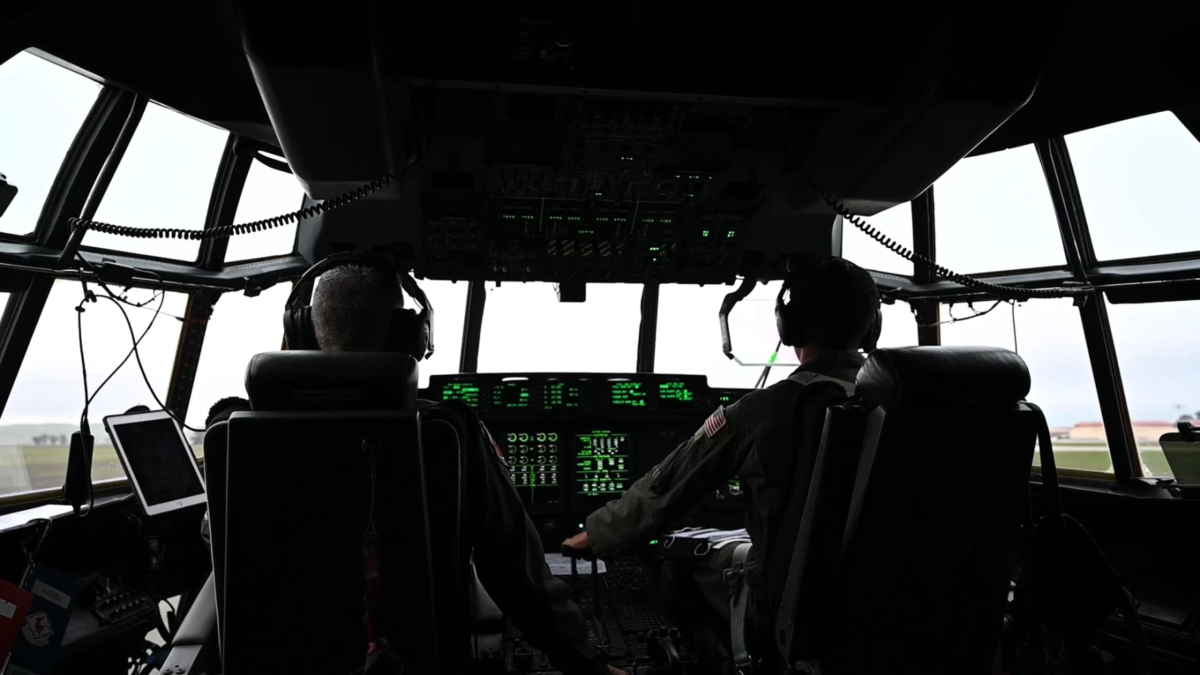 The Hurricane Hunters crew use "dropsondes" to collect data they send back to the National Hurricane Center and National Weather Service. FPREN/WUFT Media

The Hurricane Hunters of Keesler Air Force Base in Biloxi, Mississippi fly dozens of missions into tropical storms and hurricanes in the Atlantic Ocean, Caribbean Sea, Gulf of Mexico and the central Pacific for the National Hurricane Center. They gather critical weather data that are used to create critically important computer models and weather outlooks.

The flight crew consists of five highly trained members: a pilot, co-pilot, navigator, flight meteorologist, and weather reconnaissance loadmaster. Each role is unique and significant to a successful mission, said Lt. Col. Mark Withee is a navigator with the 53rd Weather Reconnaissance Squadron.

“As a navigator, I am going to be using the radar to pick my way through a storm. The flight meteorologist has their role of looking for the center of the storm,” Withee said, “I’m looking at it kind of from a safety and flying perspective.”

Withee assesses those risk factors, communicates with the flight meteorologist, then informs the pilots on the safest path into the storm’s eye.

“Depending on how heavy things are, there may be one pilot who is strictly working to keep the aircraft at the right altitude and pointed in the right direction while the other pilot may be working the throttle keeping the airspeed on course. We fly at a rough air penetration speed, so that gives maximum control of the aircraft, but also avoids the aircraft being beat up by the elements outside. The aircraft can take a beating,” said Withee.

Withee said sometimes the paint on the leading edges is stripped off on their return.

1st Lt. Christina Pereda is the flight meteorologist. She acts as the mission director during a storm situation.

“I’m looking at all the weather data the plane is collecting as we’re flying through the storm,” Pereda said, “all the data gets sent in real time.”

Pereda uses a computer to observe and encode flight level weather data that finds the center of circulation. At that point, the weather reconnaissance loadmaster plans the release of many parachute-borne sensors, known as a dropsondes, to collect and record vertical data down to the ocean surface The dropsonde is released through a tube inside the aircraft.

“We’ll drop it at the end point, which is where we enter the storm, in the eyewall, in the center of the storm and in the outbound eyewall,” said Pereda, “on one pass through the storm, we’ll drop five ‘sondes.”

She goes on to say that it takes around three to four minutes for the dropsonde to hit the ocean surface.

“Once the ‘sonde splashes, the loadmaster looks at all the data to make sure it looks right, then they’ll send it over to me,” Pereda said.

“I’m going to look over that again, then I’m going to send it down to the National Hurricane Center where they send it out to the public.”

1st Lt. Christina Pereda is the flight meteorologist for the team.

The Hurricane Hunters have their mission down to a science, but Withee emphasized they are always focused on advancing these scientific efforts.

“One project that we’re working on is getting broadband internet on the aircraft, and that’s just going to enormously improve the data flow back to the Hurricane Center,” Withee said.

“We have a system that’s worked reliably for years, but technology marches on and this going to potentially give us the ability to stream a lot more data.”

Withee said the team at the National Weather Service and the National Hurricane Center tries to refine their models so they can improve their accuracy over time.

“Weather is a very dynamic system and you’ll never be at that point where you can predict with perfect accuracy.”

This is the second installment of a three-part series this week covering the Hurricane Hunters of the Air Force Reserve. Read Part 1 here. and Part 3 here

Hurricane Hunters: how they protect Florida and others around the world

Hurricane Hunters: why they take to the skies