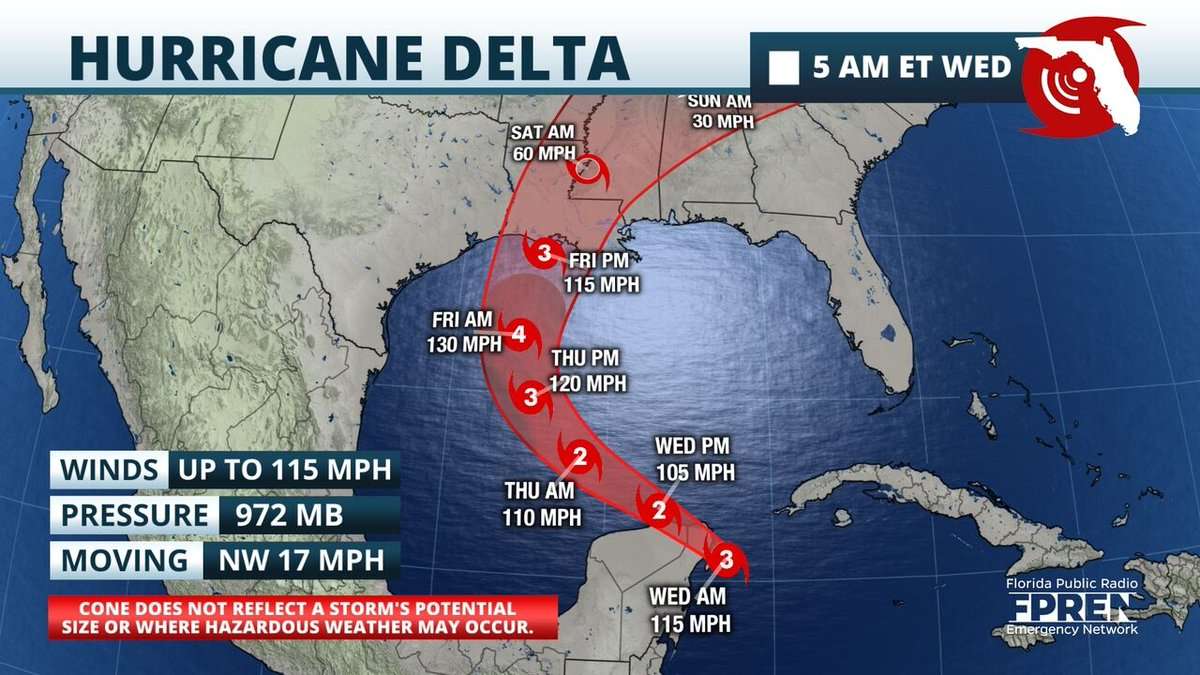 Category 3 Hurricane Delta is on approach to Mexico’s Yucatan Peninsula this morning, where conditions are quickly deteriorating and where forecasters say a dangerous storm surge is expected.

Meteorologist Ray Hawthorne says some weakening is likely today as it moves over land, but it’s likely to re-intensify over the Gulf of Mexico.

“Delta is likely to regain major hurricane status after it moves back over the Gulf later this afternoon. Confidence is increasing that Delta will make landfall some time Friday over the Louisiana Gulf coast, with some effects possibly extending as far as the western Florida Panhandle depending on the hurricane’s exact track.”

Ray says Delta is likely to bring dangerous surge, strong winds, and heavy rain along the Louisiana and Mississippi Gulf coasts on Friday.

He says the most likely outcome is for a few fringe bands of heavy rain moving over the western Florida Panhandle Friday night and then into Georgia and the Carolinas over the upcoming weekend.