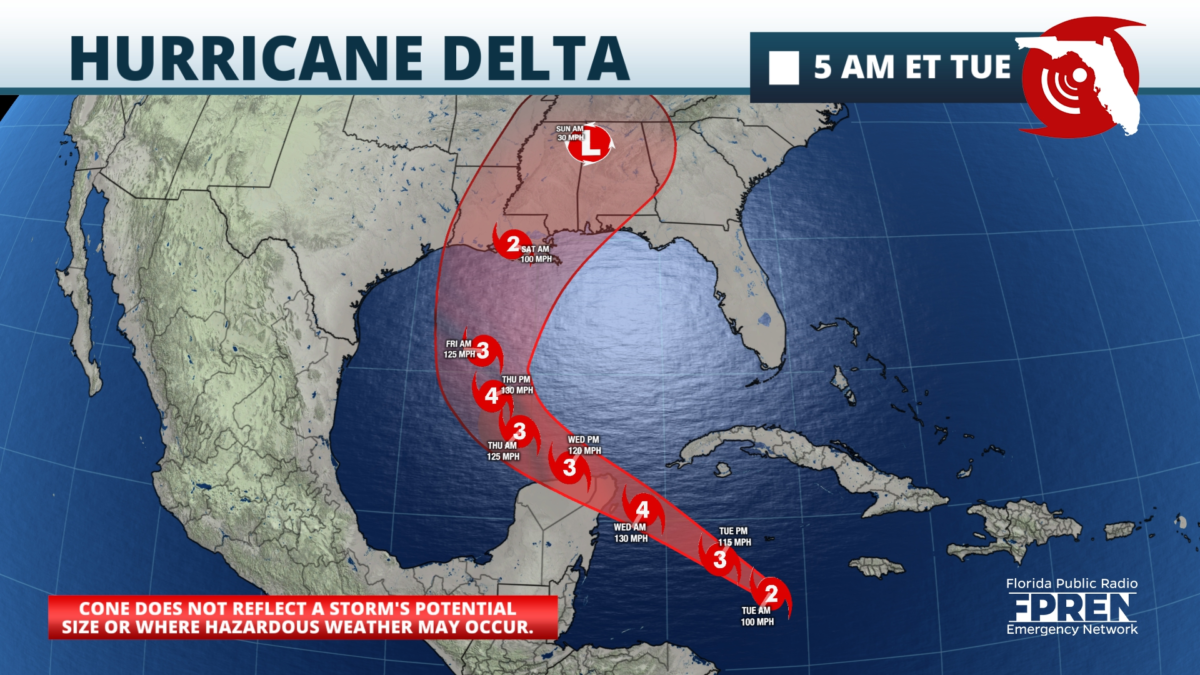 It is stronger this morning and is a category 2 hurricane with 100 mph maximum sustained winds as of the 5 am update from the National Hurricane Center. Meteorologist Ray Hawthorne is following the hurricane and says its likely to become a category 4 hurricane later today or tonight.

“Delta is the season’s 9th hurricane – only 3 other hurricane seasons since the start of the satellite era have had at least that many hurricanes. The very warm waters of the Caribbean and light wind shear will likely make Delta a powerful hurricane as it approaches the Cancun area of Mexico on Wednesday.”

The official Hurricane Center Forecast brings Delta into the Gulf late Wednesday before turning it north or northeast toward the coast between Louisiana and the western Florida Panhandle later Friday.

The forecast also shows some weakening is possible before landfall along the Gulf coast but that it is likely to be a dangerous hurricane on approach to the coast late Friday.