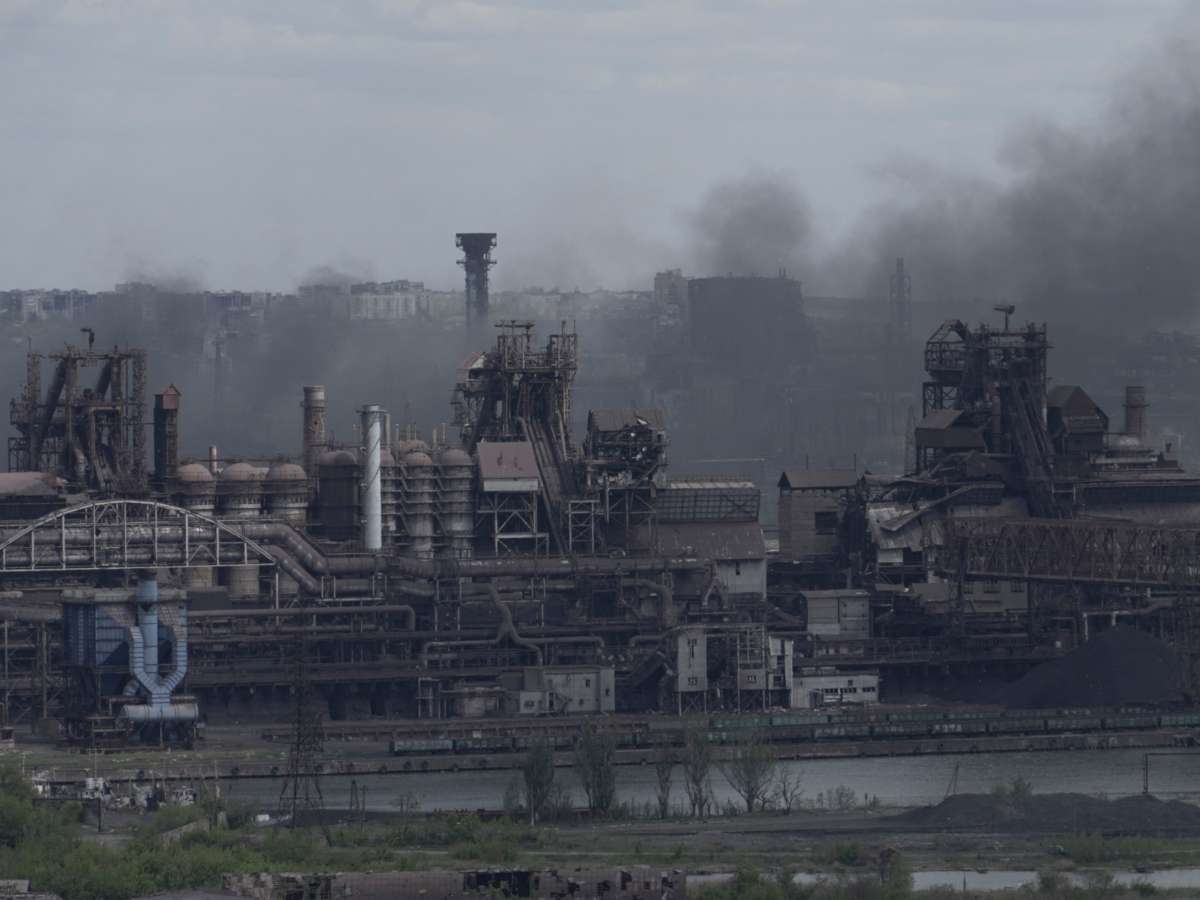 A view shows the Azovstal steel plant in the city of Mariupol on May 10. Hundreds of Ukrainian soldiers have been evacuated to Russian-controlled territory.
Image credit: Stringer

Ukrainian soldiers who have spent weeks barricaded under a massive steel plant amid heavy Russian bombing and shelling have been evacuated to Russian-occupied territory in Ukraine’s east.

The evacuation from the besieged Azovstal steel plant in Mariupol was an arrangement that Ukrainian authorities said was made with the help of the United Nations and other agencies.

In a statement posted to Facebook, Deputy Defense Minister Hanna Malyar said that more than 260 soldiers were evacuated to Russian-occupied areas of Ukraine, including 53 seriously injured fighters who arrived at a medical facility in the occupied town of Novoazovsk. The rest are in Olenivka, another occupied town where thousands of Ukrainians were reportedly taken by Russian troops attacking Mariupol. Russian bombing and shelling has destroyed nearly the entire city.

It’s unclear if the soldiers have been taken prisoner or are under the protection of the U.N., but Malyar said the soldiers can come home “after an exchange of prisoners” with Russia.

President Volodymyr Zelenskyy said Ukrainian authorities had worked with the International Red Cross to help secure the soldiers’ evacuation. Speaking on his Telegram channel, he said, “we have hope that we will be able to spare the lives of our soldiers.”

“I would like to emphasize: Ukraine needs its heroes alive,” he said.

Hundreds of soldiers remain in the plant. It’s unclear how long it will take to get everyone out.

The soldiers holed up in the catacombs of the massive steel plant more than 80 days ago, trying to hang on to Mariupol. The U.N.’s humanitarian agency evacuated hundreds of civilians last month.