Hundreds Of Thousands Are Still Without Power In Louisiana. Some Could Be For Weeks 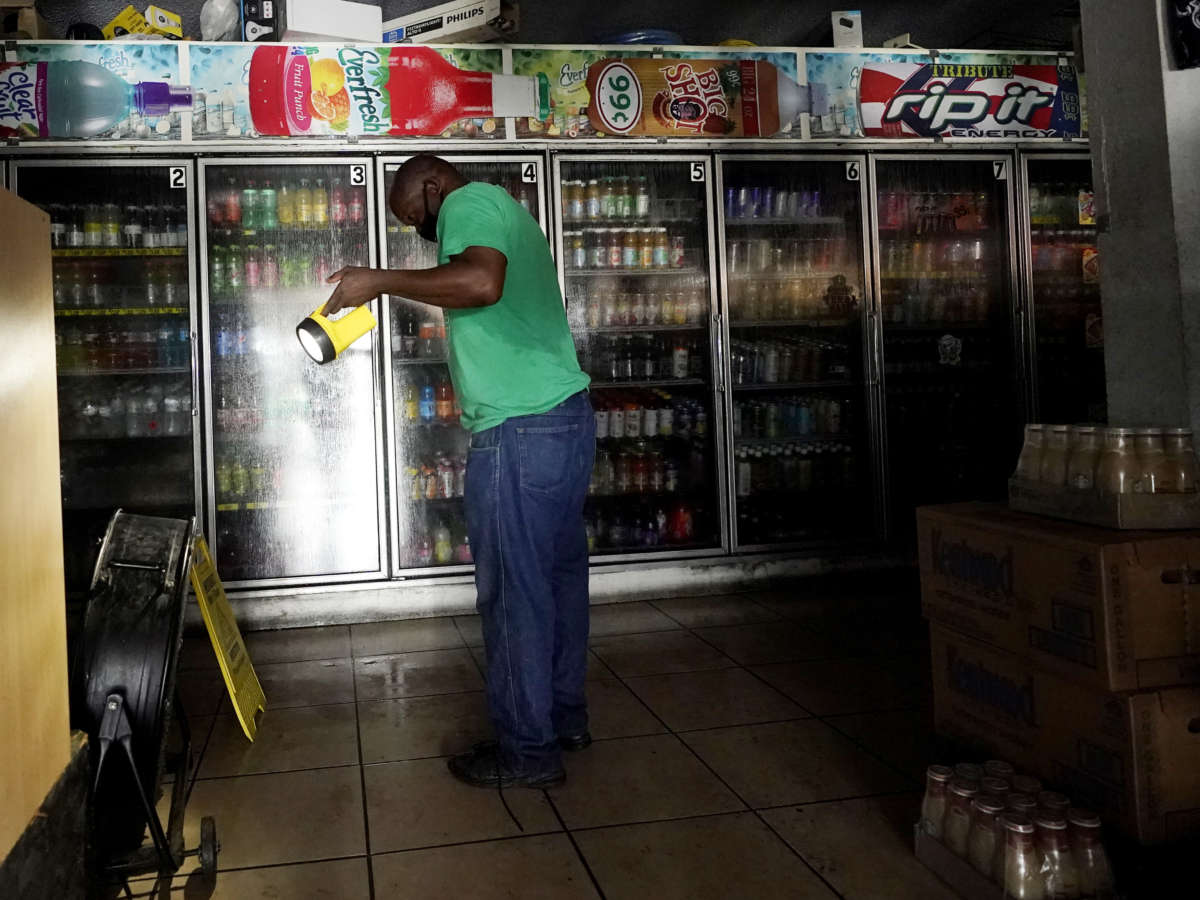 A man uses a flashlight to help others shop in the dark at a convenience store after the effects of Hurricane Ida knocked out power across New Orleans.
Image credit: Eric Gay

Hurricane Ida’s violent winds and storm surge have plunged New Orleans and surrounding areas into darkness, and officials say some residents could be left without power for weeks.

During a Wednesday afternoon update, Mayor Latoya Cantrell said some power had been restored in eastern New Orleans and that residents could expect more of the grid to be back online by Thursday. But she did not provide specifics on when and where that might happen.

Cantrell, who pleaded with people for patience and compassion, explained that the location of power substations will be the determining factor in bringing back the city’s electricity and power. “So it’s not picking a neighborhood. It’s where the resources are and we can reestablish power.”

“The theme here is that progress is being made,” she added.

But it is, by all measures, incremental progress three days after the storm made landfall. And it does little to ease the daily struggle of hundreds of thousands of residents with power failures and cell phone outages, and gas shortages at the same time the region is under a heat advisory.

Entergy, the major electric utility in the region, said Wednesday its “first restoration priorities are public safety issues and critical facilities, such as 911 centers, hospitals and pumping stations.”

(Power outages caused 911 systems in New Orleans, St. Charles Parish and St. Bernard Parish to crash for up to 13 hours on Monday. Those in need of emergency help were told to make their way to a local fire station or flag down the nearest police officer.)

As of Wednesday night, more than 175,000 homes and businesses in Orleans parish were still without power, according to the site PowerOutage.US.

“At this time, we cannot predict when your power will be restored,” Entergy told customers on Twitter. “We will provide an estimated restoration time and other information about your outage as soon as it’s available. We apologize for this inconvenience.”

Major transmission lines are down. So are backup systems

In a later tweet, Michelle Bourg, vice president of transmission asset management for the company, explained the root cause of the problem stemmed from damage to eight major transmission lines, which she described as critical highways.

“They bring power into the region to serve our customers and all eight of those were rendered out of service by devastating winds,” Bourg said.

Another major obstacle, the utility company said, is that Ida’s 150 mph winds also severely limited much of the redundancy built into the electric system.

“This makes it difficult to move power around the region to customers, and limits options to power customers in the event of equipment failure or additional damage to the system.

It could be weeks with no power for some residents

“Residents should prepare to be without power for at least a month,” city officials warned Tuesday. More than 21,000 homes and businesses were still without power on Wednesday night, according to PowerOutage.US.