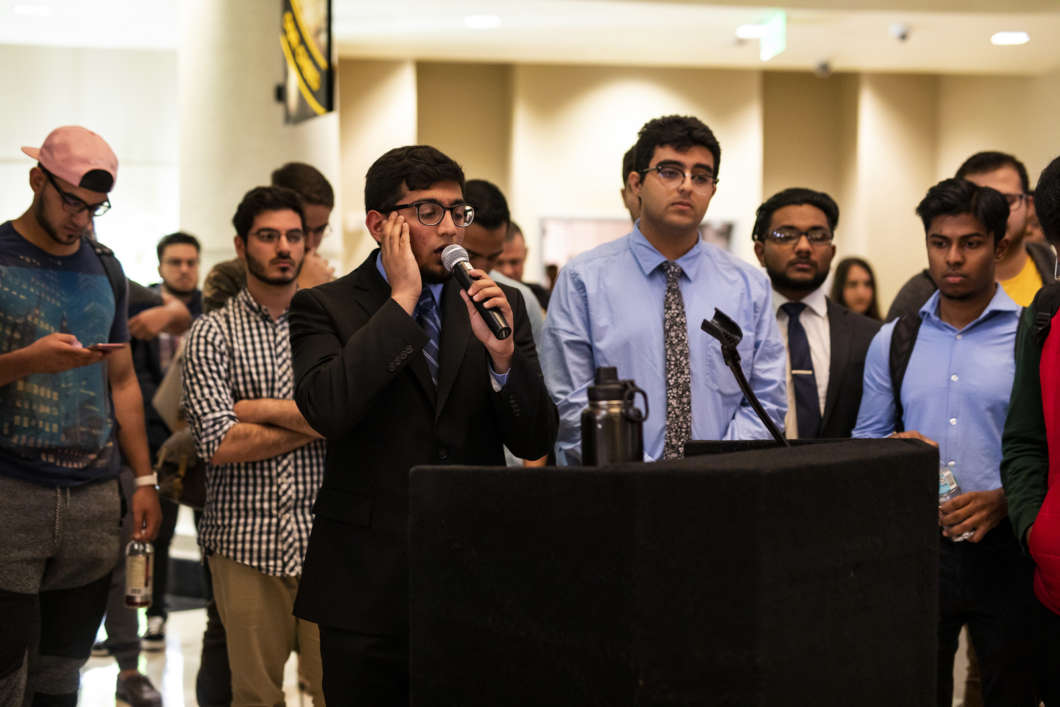 Student imam Abdullah Saqib led the call to prayer at the University of Central Florida vigil for the victims of the Christchurch shooting. (Rachel Harris, UCF)

Hundreds gathered at the University of Central Florida student union to mark one week since the Christchurch shooting that left 50 dead and dozens injured.

Placards with the names of the victims ringed the large black and gold Pegasus on the floor of the student unions atrium.

The Muslim Student Association organized the event. Student Imam Abdullah Saqib said after the shooting, he told his congregation they are ambassadors of Islam.

“And show people through your actions, your words, through love and compassion, through your character, what it means to be a Muslim, to be a good, true Muslim,” Saqib said. “That’s what we’re trying to do, to explain to people that Islam has nothing to do with terrorism.”

He said the world will know the true nature of Islam by how Muslims respond to the tragedy.