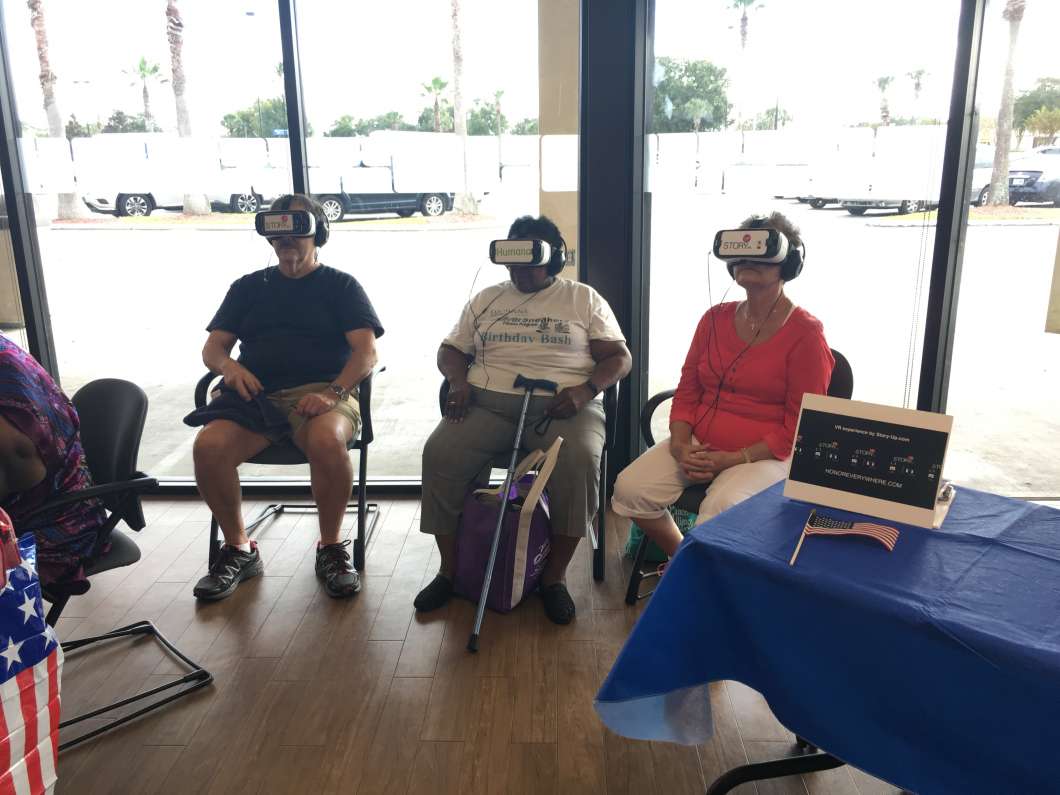 Central Floridians got a chance Thursday to experience the National World War II Memorial in Washington, D.C. via virtual reality.

The free interactive tour allowed people to feel as if they were at the memorial themselves, though they hadn’t left the Humana Guidance Center in Kissimmee.

Humana representative Ruben Rodriguez said it was interesting to see how technology was being used for the tour.

“You can really see and hear the sights and sounds of the memorial—there’s interviews and there’s just a lot of visual stimulus and audio that I thought was really really cool,” Rodriguez said.

The 360 degree 3D tour lasts about seven minutes, and Rodriguez said it is happening in other Humana Guidance Centers around the nation.

“I thinks it’s just something different in addition to our donation initiative that we’re doing for the homeless, in addition to the DVD collection that we’ve done for the veterans,” Rodriguez said. “I just think it’s kind of a different, cooler kind of way to reach out and try to pass on a different experience for them.”

Humana also collected clothing donations at the event, which will be distributed to homeless veterans in the area next month.