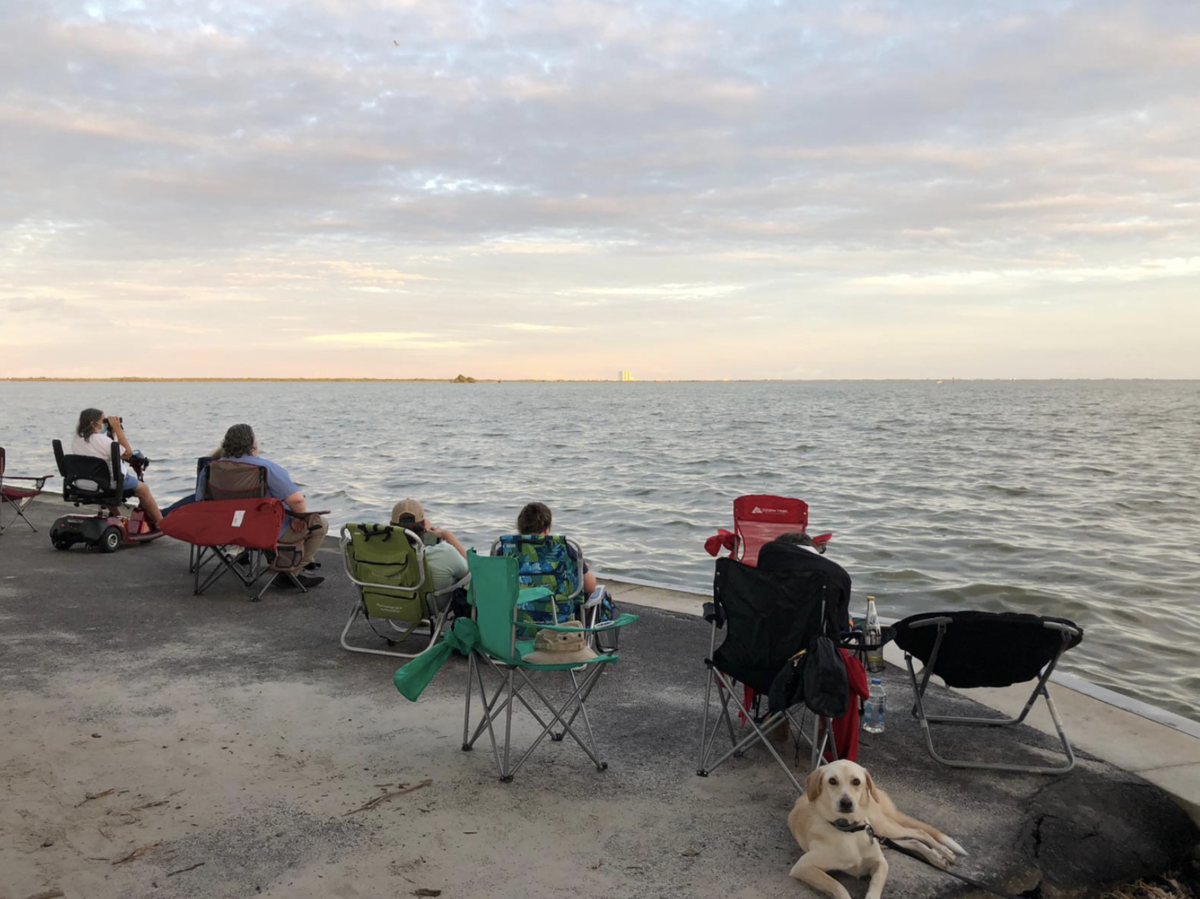 Almost a decade after the Space Shuttle Program ended human space exploration from the U.S. is back and watching humans launch to space brings a welcome distraction to the otherwise tumultuous news of the year.

UCF Space Historian Amy Foster said successful space missions give people a reason to celebrate, even in times of uncertainty and discord.

“When Apollo eight flew, it was the first manned mission to circumnavigate the moon. So they flew around the moon and they came back. And it took place around Christmas in 1968,” Foster said. “And when you look back at like, everything has gone wrong in 1968, it feels a lot like 2020.”

In 1968, the Vietnam War was going badly, there were protests at the Democratic Convention, and Martin Luther King Jr and Robert Kennedy were assassinated.

“It was like, what else could go wrong? What else is on our bingo card? Then when Apollo eight happened at the end of the year, it was this kind of this emotional sigh of relief that something went right,” she said.

Rocket launches are a tradition for many residents living on the space coast.

Chloe Drimino arrived right at the moment of launch. She saw astronauts Doug Hurley and Bob Benhken launch back in May when she was pregnant. She brought her son to the Crew-1 launch so she could share her favorite part of watching rockets with him — “seeing the fire and feeling the rumble as it comes across the water.”

Another spectator, Breezy Baldwin, set up her camera to take a long exposure shot of the rocket. “I think space exploration leads to a lot of scientific discoveries here on Earth too, so I think that’s one of the most exciting things.”

NASA’s partnership with SpaceX for the Crew Dragon mission marks the beginning of a new era in space exploration. With a return to routine human launches from the U.S., rocket enthusiasts will have more opportunities to come together and cheer on the next chapter in human space exploration.