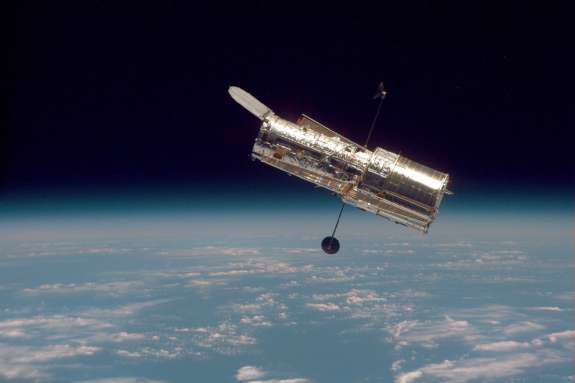 For the last three decades, the Hubble Space Telescope has peered deep into our universe, exploring the origins of the cosmos and capturing stunning views of stars, clusters and galaxies.

Now, NASA is releasing a catalogue of some of its most dazzling images — some you can see yourself from your own backyard.

We’ll talk with NASA Hubble Senior Project Scientist Dr. Jennifer Wiseman about Hubble’s history and how the orbiting observatory will help future telescopes explore even more of our universe.

But Hubble was almost hobbled by a problem with its main mirror. Those crystal clear shots of deep space would have been fuzzy but for the crew of dedicated spacewalkers and talented engineers who fixed the scope from space. We’ll revisit a conversation with retired NASA astronaut Storey Musgrave about the effort to fix Hubble and the delicate dance of spacewalks.