Howard Hesseman, who played Johnny Fever on ‘WKRP in Cincinnati,’ dies at 81 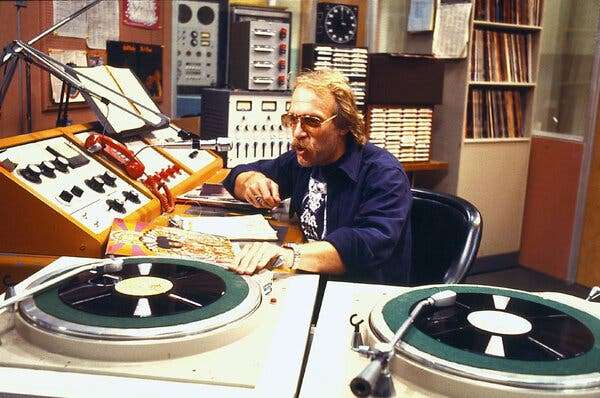 NEW YORK — Howard Hesseman, who played the radio disc jockey Johnny Fever on the sitcom “WKRP in Cincinnati” and the actor-turned-history teacher Charlie Moore on “Head of the Class,” has died. He was 81.

Hesseman, who had himself been a radio DJ in the ’60s, earned two Emmy nominations for playing Johnny Fever on CBS’ “WKRP in Cincinnati,” which ran for four seasons from 1978-1982. The role made Hesseman a counterculture icon at a time when few hippie characters made it onto network television.

“I think maybe Johnny smokes a little marijuana, drinks beer and wine, and maybe a little hard liquor,” Hesseman told The New York Times in 1979 as he readied for one of three “Saturday Night Live” hosting gigs. “And on one of those hard mornings at the station, he might take what for many years was referred to as a diet pill.”

Hesseman played a hippie in one of his first roles, on “Dragnet,” in 1967, and also in the 1968 Richard Lester film “Petulia.” Born in Lebanon, Oregon, Hesseman wasn’t so disconnected to some of the characters he played. In 1983, he told People magazine that he had conducted “pharmaceutical experiments in recreational chemistry.” He was jailed in San Francisco in 1963 for selling marijuana.

Hesseman started out as a member of the San Francisco improv group The Committee, and at the time he moonlighted on Saturdays as the disk jockey for the San Francisco rock-and-roll station KMPX. Later on “WKRP in Cincinnati,” Hesseman often ad-libbed his on-air banter.

“Impossible to overstate Howard Hesseman’s influence on his and subsequent generations of improvisors,” said the actor and comedian Michael McKean on Twitter. He recalled first seeing Hesseman in 1971 with The Committee. “I saw that he was the real deal.”