How To Survive On Mars 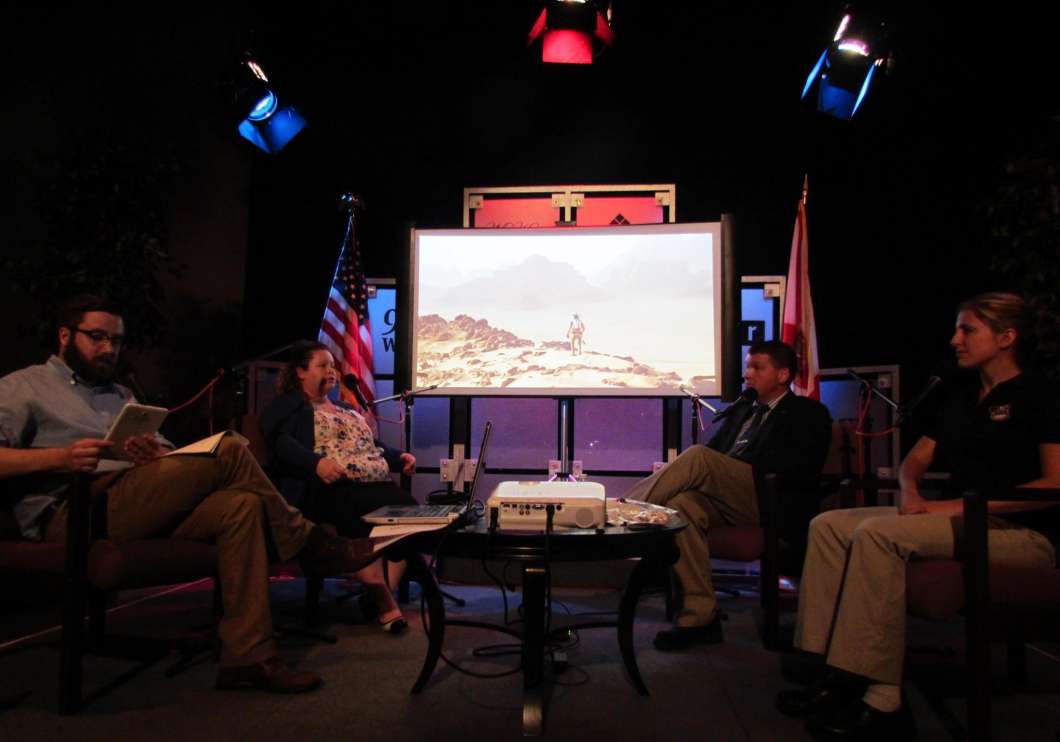 When the first Martians arrive on the red planet, not much awaits them. There’s no food, no breathable air, no fuel. All they’ll have is what they brought with them — not much. That’s why researchers and engineers are developing the technology that will take what’s on Mars and turn it into much needed food, water and life-saving oxygen.

Listen back to WMFE’s Speak Series “How To Survive on Mars” with a panel of experts researching the tech that goes into making vital resources on a mission to Mars. Recorded in front of a live audience May 10, 2017 at the studios of WMFE in Orlando, Florida.

Nicole Dufour, NASA, Project Manager, VEGGIE
Dufour oversees the VEGGIE experiment, a garden of vegetables on the International Space Station. Astronauts are growing lettuce and cabbage thanks to Dufour and her team, and they’re learning vital lessons in plant growth in microgravity.

Annie Meier, NASA, Chemical Engineer, Exploration Research & Technology Programs
Meier is transforming trash into vital gases like methane, oxygen and water. Her trash-to-gas technology can be used to recycle dinner scraps, wrappers and packaging (and even poo!) into gases that can be used for life support on long duration missions. Meier tested the tech on NASA’s HI-SEAS mission, a simulated 6-month stay on a Martian base-camp.

The physics department at FIT is working with NASA to develop dirt that is similar to Martian regolith. The goal is to figure out how to grow crops at a Martian base camp. Researchers at FIT are also trying to grow plants in the Mars-simulant. Batcheldor is an advocate for science literacy, and wrote the book “Astronomy Saves the World: Securing our Future Through Exploration and Education.”