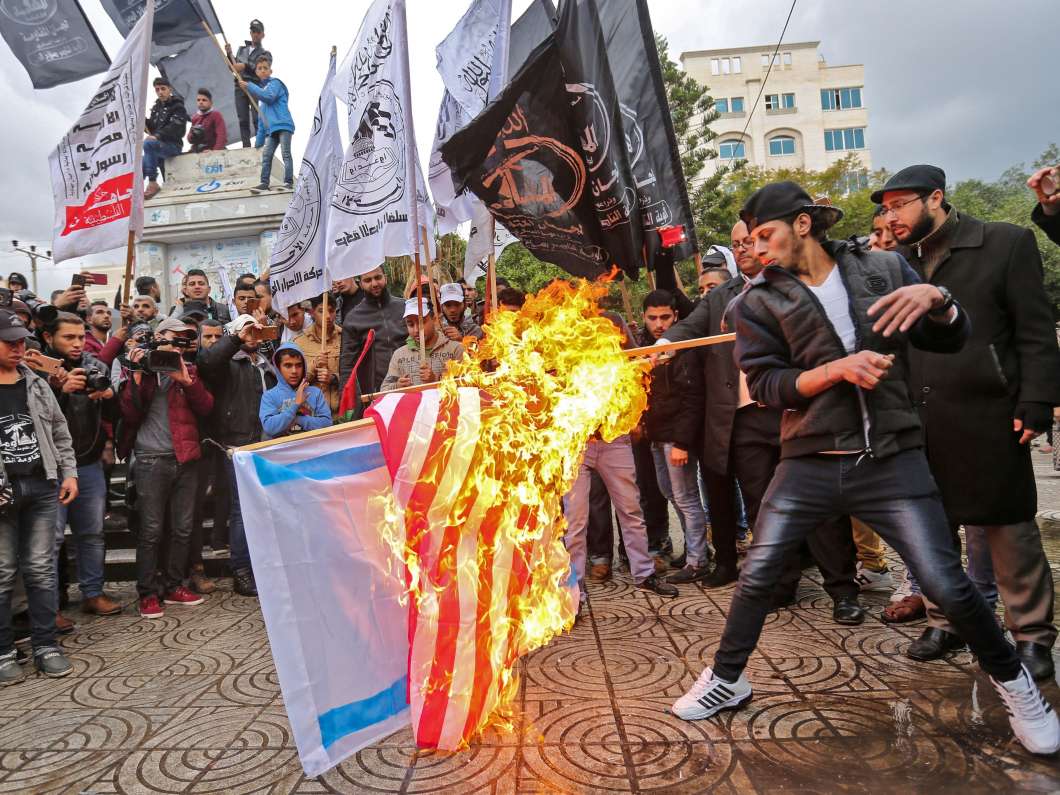 President Trump’s plan to recognize Jerusalem as Israel’s capital and begin the process to relocate the U.S. Embassy from Tel Aviv to Jerusalem has prompted warnings of violence and concern that the move will scuttle any chance at advancing peace efforts.

Since 1995, when Congress passed a law ordering the U.S. Embassy to be moved to Jerusalem, successive presidents have issued a series of six-month waivers to forestall the move. While Trump is expected to sign another six-month waiver, he is asking the State Department to begin laying the groundwork for a shift from Tel Aviv.

During the 2016 campaign, Trump promised to allow the embassy to be moved, and on Monday, he allowed a deadline for the next waiver to expire. The White House told reporters on Tuesday that the president would officially recognize Jerusalem as the capital in a speech on Wednesday. The actual establishment of a U.S. Embassy compound in Jerusalem would likely take years.

“The status of Jerusalem is probably the most combustible issue in the long-running Israeli-Palestinian conflict,” NPR’s Larry Kaplow and Camila Domonoske have reported. “The city is sacred in Christianity, Islam and Judaism. Disputes there have prompted violence and protests not just in the Israeli-occupied Palestinian territories but around the Middle East.”

The White House said Tuesday that Trump’s decision was a “recognition of reality.” The move is good news for Israeli Prime Minister Benjamin Netanyahu, who has long lobbied for it. However, it does not sit well with many key players in the region.

Jordan’s King Abdullah reportedly told the president that the expected decision will have “dangerous repercussions on the stability and security of the region,” according to a palace statement.

Palestinian Authority President Mahmoud Abbas, who spoke by telephone with Trump, warned of “the dangerous consequences such a decision would have to the peace process and to the peace, security and stability of the region and of the world,” Abbas spokesman Nabil Abu Rudeina said in a statement, according to Al-Jazeera.

That was a sentiment echoed by Egyptian President Abdel-Fattah el-Sissi, who cautioned that it “would undermine the chances of peace in the Middle East.”

In a fiery televised speech on Monday, Turkish President Recep Tayyip Erdogan warned Trump by name that the move constituted a “red line” for Muslims.

“We could go as far as cutting diplomatic ties with Israel over the issue,” Erdogan said.

The Organization for Islamic Cooperation said Monday that such decision from the U.S. would amount to “naked aggression” against Arab and Muslim peoples.

Ahmed Aboul-Gheit, the head of the Arab League, urged the U.S. to reconsider any recognition of Jerusalem as Israel’s capital, warning of “repercussions,” according to The Associated Press.

The Syrian government condemned the White House move, according to the SANA news agency.

Among Washington’s European allies, the tone was more one of concern.

Speaking in a telephone call to Trump on Monday, French President Emmanuel Macron stressed that Jerusalem’s status should be resolved as part of a two-state solution that would result in “Israel and Palestine, living side by side in peace and security with Jerusalem as their capital,” according to a statement put out by France’s Foreign Ministry.

The U.K. foreign secretary, Boris Johnson, said it was too soon to comment definitively on the expected U.S. move. “Let’s wait and see what the president says exactly, but we view the reports that we’ve heard with concern,” he said.

Meanwhile, the German Foreign Ministry issued a travel warning to its citizens stating: “From December 6, 2017, there may be demonstrations in Jerusalem, the West Bank and the Gaza Strip. Violent clashes can not be ruled out.”

The Vatican issued a statement from Pope Francis urging the status quo for Jerusalem and calling for “wisdom and prudence” to avoid bloodshed.