How space exploration has changed, 60 years since JFK’s ‘We Choose the Moon’ speech 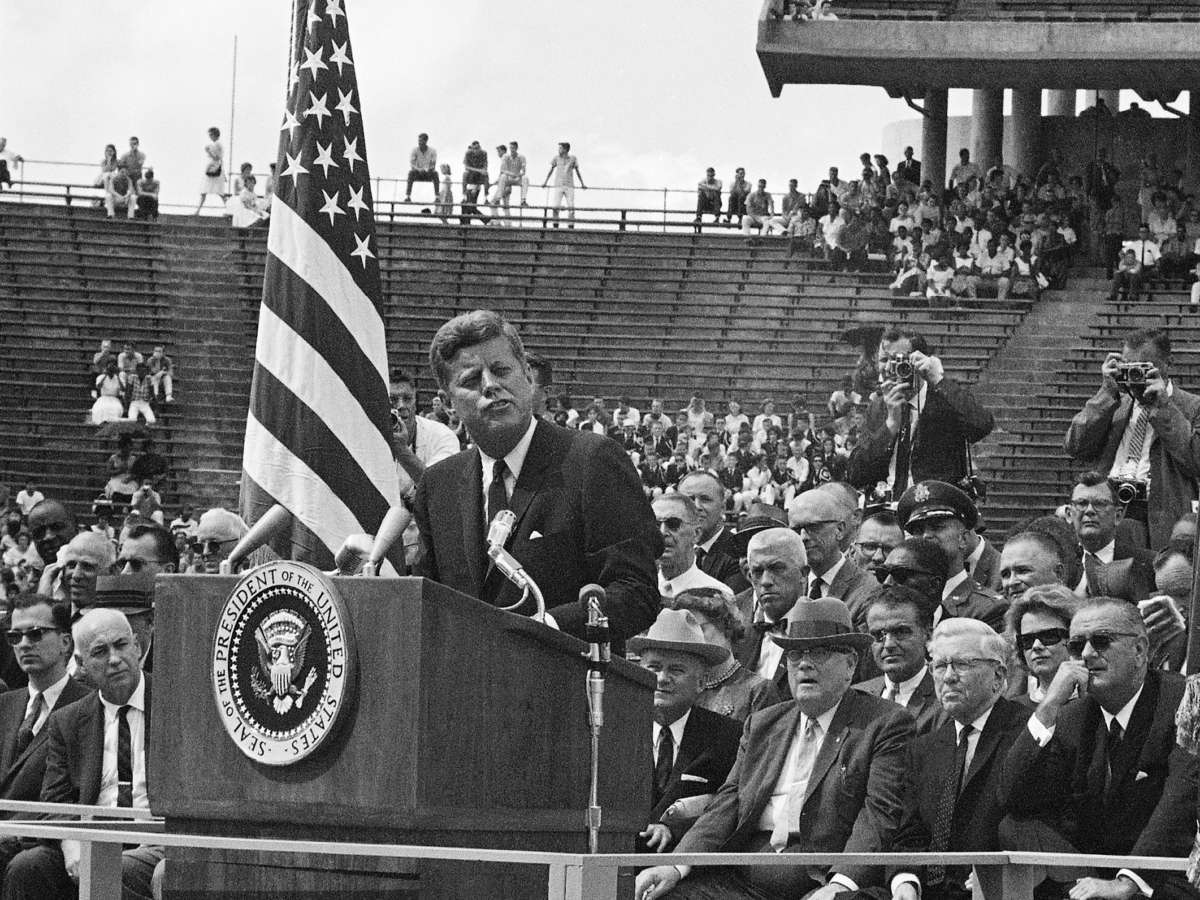 Sixty years ago, President John F. Kennedy delivered an address at Rice University to inspire Americans to support NASA's mission to the moon. In what became known as his "We Choose the Moon" speech, Kennedy promised to put an American astronaut on the moon before the end of the 1960s.
Image credit: Anonymous

It’s been 60 years since President John F. Kennedy spoke to a crowd of more than 30,000 about America’s race to the moon. His “We Choose the Moon” speech became a pivotal moment in the space program, rallying the nation behind a mission that was far from certain.

“We choose to go to the moon in this decade and do the other things, not because they are easy, but because they are hard,” Kennedy told the crowd at Rice University in Houston. The president promised to put a man on the moon before the end of the decade, and seven years later, he delivered, with the Apollo 11 moon landing in 1969.

The moon was just the beginning

One of NASA’s most incredible achievements may very well be when it landed a rover on Mars, which took place less than 30 years after a man first touched down on the moon.

Scientists have gone back to Mars more than a handful of times since that first Mars rover landing in 1997, using sophisticated robots to explore the red planet and its potential for supporting life.

When Kennedy announced that the United States was going to put a man on the moon, the then-Soviet Union and the U.S. were the main players in the space race. But now, there are multiple companies focused on space exploration, including Elon Musk’s SpaceX.

Musk aims to send a crewed mission to Mars in 2029, 60 years after the moon landing.

He’s not the only billionaire looking to leave the planet. Amazon founder Jeff Bezos has Blue Origin, and British business mogul Richard Branson has Virgin Galactic. Earlier this year, Branson’s company opened up ticket sales for commercial passenger flights that it says will start in 2022, at a price of $450,000 per reservation.

Space telescopes can capture so much more

The James Webb Space Telescope relayed images of some of the oldest galaxies in the universe earlier this summer. The $10 billion observatory launched last December on a mission to find the first galaxies that formed after the Big Bang.

But Webb does more than just taking stellar photos. Scientists are using the telescope to study the atmospheres of other planets and to better understand the fundamentals of dark matter.

NASA is going back to the moon

Fifty years after the last moon landing, NASA announced it’s going back. Astronauts will once again touch down on the lunar surface to study rock and ice samples.

The moon missions could serve as a stepping stone to the grand plan of putting a man on Mars by establishing a permanent human presence on the lunar surface through NASA’s Artemis program.

The goal is to establish an Artemis Base Camp on the lunar surface, including a rover and lunar cabin, where astronauts may live for as long as two months at a time, according to NASA.