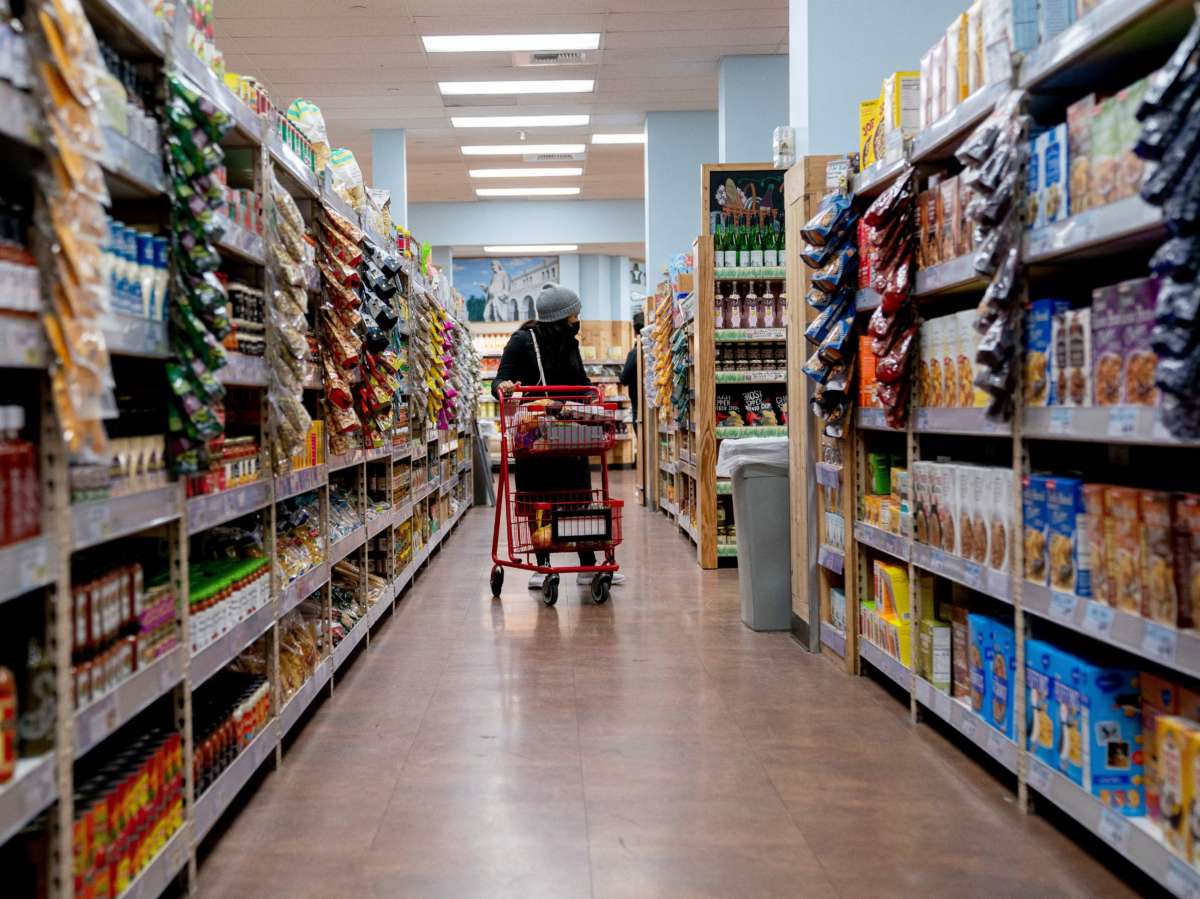 A shopper walks through a grocery store in Washington, D.C, on March 13. Surging inflation poses a particular challenge for working-class families, impacting the cost of basic necessities such as groceries.
Image credit: Stefani Reynolds

From rising rent to higher heating bills, surging inflation impacts everybody, but it poses a particular hardship for people with little extra money to spare.

On Tuesday, the Labor Department is expected to report that consumer prices in March were up more than 8% from a year ago, an even sharper jump than the 7.9% seen in the previous month. That would leave inflation at the highest level since 1982.

While no one likes paying more for haircuts or hamburgers, high inflation is especially painful for low-income families, whose spending is heavily weighted toward necessities such as groceries and gasoline, which have seen some of the largest price hikes.

These families have little fat in their household budgets to start with, so when inflation cuts into their limited spending power, something has to give.

Take Laura Kemp, a widow in Muldrow, Okla., who says that her heating bill last month was $306, more than double the $125 she paid a year ago.

“I live in a two-bedroom mobile home,” she says. “I don’t understand what’s going on. Every month it’s increasing and it’s taking up about a third of my income.”

When the weather warms up, Kemp plans to plant a vegetable garden in hopes of defraying her food bill. She has picked out seeds for tomatoes, zucchini, peppers and eggplants, and she’s eyeing some of the land her brother owns — where her mobile home also sits.

From groceries to rent, prices are surging everywhere

Charlene Rye, who retired after 28 years in the poultry industry — much of that time in chicken-processing plants — finds herself having to make hard choices after chicken prices rose sharply over the last year, like everything else in the grocery store.

Rye has been getting help from a food pantry in Sallisaw, Okla., which has gotten busier as prices have climbed.

For Terrie Dean, it’s the cost of housing that really stings. She and her teenage son are living temporarily in a motel in Sallisaw. She relies on disability payments of about $1,600 a month, which for now puts an apartment out of reach.

“They want first month and deposit, not realizing that may be all this family brings in,” said Dean.

The disparity for food and transportation is even larger — consuming 9% of high-income households’ budgets but 26% for households that are low income.

After Russia’s invasion of Ukraine, gasoline prices jumped to $4.33 a gallon in March — an all-time high, not adjusting for inflation.

The increased gas prices can impact family ties. Soaring energy prices forced Patricia Bridgmon of Chicago to cut back on visits to her elderly mother in Hammond, Ind., about 25 minutes away.

“It’s just horrible with the gas,” she says. “I usually go to see her three days out of the week. Now, it’s down to one, because of the gas.”

Kemp, the widow with the increased heating bill, has also cut back on driving to Fort Smith, Ark., about 35 minutes from her home in eastern Oklahoma.

“I love going to the art museums and thrift store shopping and just getting out,” she said. “But I can’t even go anymore.”

Meanwhile, Rye, the retired poultry worker, has to weigh the cost of driving to a larger supermarket that’s farther away against shopping closer to home, where prices are higher, even in good times.

The Federal Reserve plans to move aggressively to fight inflation

Federal Reserve officials are well aware of the toll that inflation is taking, especially on lower-income families, a point that Fed Gov. Lael Brainard highlighted in a speech last week.

“While all Americans are confronting higher prices, the burden is particularly great for households with more limited resources,” Brainard said. “That is why getting inflation down is our most important task, while sustaining a recovery that includes everyone.”

The Fed began raising interest rates last month in an effort to tamp down consumer demand and bring prices under control.

The central bank started slowly, raising rates by a quarter percentage point. But markets anticipate that the Fed will become more aggressive, with a half-point increase now widely expected at the next Fed meeting in early May.

Although forecasters say March could reach the high-water mark for inflation, consumer prices are likely to keep climbing at an uncomfortably fast pace for the rest of this year, continuing to put a particular strain on the families that can least afford it.