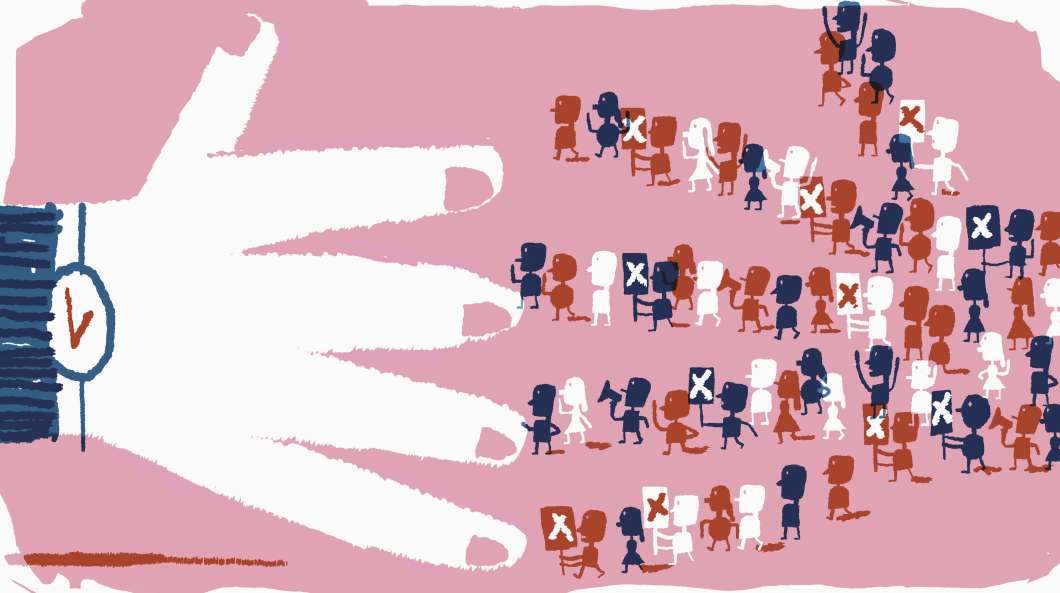 Wednesday morning, at 10 o’clock, students at schools across the country will walk out of their classrooms. The plan is for them to leave school — or at least gather in the hallway — for 17 minutes. That’s one minute for each of the victims in last month’s school shooting in Parkland, Fla.

The walkout has galvanized teens nationwide and raised big questions for schools about how to handle protests.

The organizers, Women’s March Youth EMPOWER, have made it clear: While this walkout is meant to honor the victims in Parkland, as well as anyone who’s experienced gun violence, it is also a political call to action.

Organizers have posted their demands online, including an assault weapons ban and expanded background checks. Jegol knows, their protest isn’t sitting well with some school leaders. In Needville, Texas, Superintendent Curtis Rhodes issued a stern warning to students and parents:

Needville High School’s Facebook page, where the letter was posted, has since been taken down. Rhodes did not respond to an interview request, but the district tells NPR that it stands by its suspension threat. This is why, Jegol says, students need to know their rights.

“If it’s possible to work with [your school’s] administration, then great,” Jegol says. “But if consequences like suspension are being threatened, students still do have those First Amendment rights.”

Turns out, this walkout is a fascinating walk — out onto a tightrope, stretched between students’ free speech rights and schools’ legal obligations. And like any tightrope, this one’s full of tension.

“It can hardly be argued that either students or teachers shed their constitutional rights to freedom of speech or expression at the schoolhouse gate.”

So wrote a 7-2 majority of the U.S. Supreme Court in 1969, after hearing the case of Mary Beth Tinker. The Des Moines teenager had worn a black armband to school, in protest of the Vietnam War, and school leaders suspended her for it. The Court sided with Tinker because, the justices reasoned, her protest did not “materially and substantially disrupt the work and discipline of the school.”

A walkout, though, is no armband, and likely exceeds students’ free speech protections.

“Is [the demonstration] going to be disruptive to the learning and educational mission of the school?” asks Esha Bhandari, a staff attorney with the American Civil Liberties Union. If so, Bhandari says, then schools are within their rights to intervene and even punish students.

Some schools have promised not to punish students who walk out. Others have said the walkout will be considered an unexcused absence and punished accordingly, usually gently. For schools like those in Needville, that have promised harsher punishment, Bhandari has a warning:

“Students shouldn’t be punished any differently than any other unexplained or unexcused absence would be. I think that’s the really critical distinction here.”

It all comes down to pre-existing district policy. If the student code of conduct says skipping class should trigger a note home or detention, then school leaders can’t start handing out three-day suspensions. If they do, it could be argued, they’re punishing students for their political speech, not for their actions.

So what should schools do?

We’ll be a little reductive here, but it’s worth mapping out schools’ basic options in response to the walkout. And you’ll see, there are no basic options.

Instead of attempting to shut down the walkout before it starts with threats of harsh punishment, principals could head in the opposite direction, just letting students walk. But, that’s complicated, too.

“Schools stand in what’s known as loco parentis, so we don’t simply release our students into the ether,” says Francisco Negron, Chief Legal Officer at the National School Boards Association.

“In loco parentis” is a legal term, and it means schools are legally obligated to safeguard students. The irony is that this walkout is all about keeping students safe, but that’s also why school leaders don’t want to let them walk out. Negron recently sent guidance to districts to help them walk this tightrope.

Instead, many districts have said they’ll allow the walkout — but only for students whose parents sign them out or sign a permission slip.

In an effort to keep students inside, some schools have talked about trying to turn the walkout into an assembly, to give protesters a safe forum. But Negron warns that even this can be tricky:

“When you open up a forum for protests to happen, then you open up the possibility that those parties that you don’t allow in could claim that you’re discriminating on the basis of viewpoint.”

That’s why, when administrators in Gwinnett County, Ga., announced that they could not condone a student walkout, they spelled out why: enforcing school rules for some protests but not others is grounds for a First Amendment violation.

Some schools have tried to protect themselves from such a charge of discrimination by arguing that the walkout or assembly they’ve sanctioned is an apolitical event meant to commemorate the victims in the Parkland shooting. The problem is, as we’ve said, many students and organizers have been clear that they believe the walkout is and should be considered a political protest.

Perhaps the best plan for schools is also the most complicated — and creative.

Administrators in Wallingford, Conn., have offered students there a variety of alternatives to the walkout, including time to write letters to their representatives or complete homework in study hall.

Thirty minutes north, in Hartford, Conn., “Staff, administration, and students will be walking out, down to our football field, and we will stand there in silence for 17 minutes,” says Gage Salicki, who teaches social studies at Bulkeley High School.

So the walkout will happen at Bulkeley, but that’s only half the story.

“In preparation for this walkout, we asked that students design something related to civic action,” Salicki says.

In fact, Salicki helped build a multi-day lesson plan around the walkout — one he began teaching last week. His class watched cell phone footage taken by students during the shooting at Marjory Stoneman Douglas High School and explored all sides of America’s raging gun debate.

“We wanted to make sure that students, if delving into some heavy legal territory related to Second Amendment rights, would have equal access to the pros and cons of the issue,” Salicki says.

The school’s approach wasn’t to shy away from politics but to give students a range of resources and encourage them to think critically about the facts. Students were then asked to do one of a few things: make a poster to carry during the walkout, write a letter to a person in power or write a song or poem about what they’ve learned.