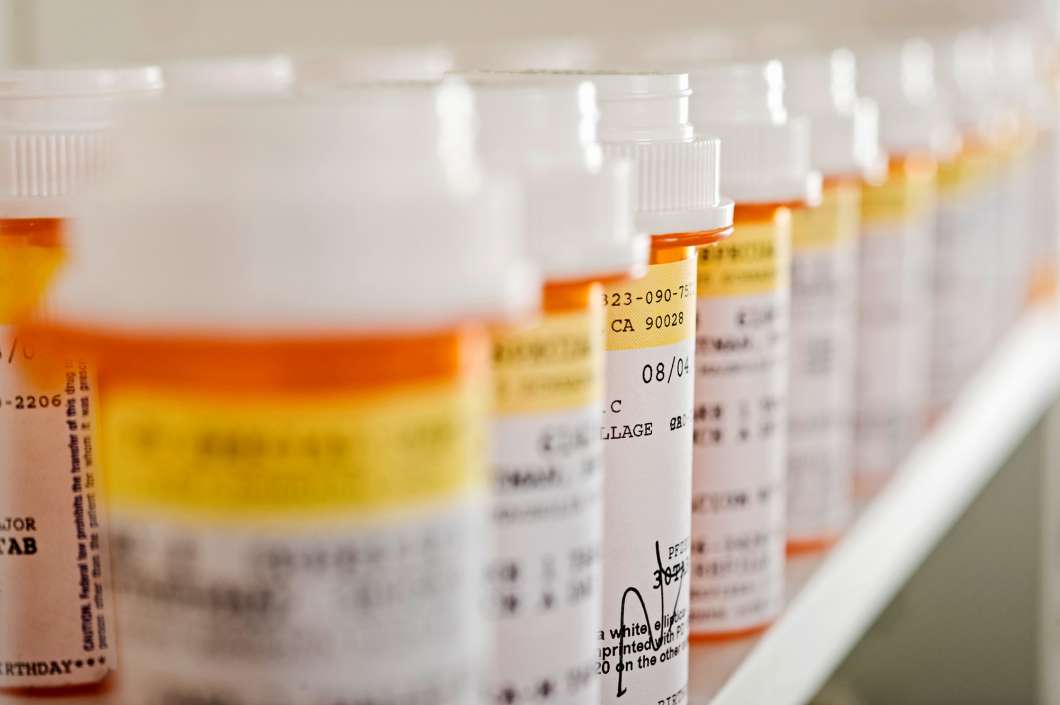 Some cities, counties and school districts in Florida and around the country are helping their employees buy cheap prescription drugs from Canada and overseas.

Health News Florida’s Julio Ochoa sat down with Phil Galewitz from Kaiser Health News to talk about his reporting on the issue.

Ochoa: Phil we’ve been following your reporting on cities, counties and school districts that are helping their employees get cheap medications from pharmacies in Canada and overseas. Can you tell us how that works?

Galewitz: Sure. Well obviously drug costs are a big issue for cities and counties and school districts, as they are for everybody these days. And over the last number of years a number of municipalities, such as Flagler County Florida; Kokomo, Indiana; Schenectady County, New York have contracted with middlemen to help them buy drugs from Canada and overseas. A lot of Americans have been doing this over the Internet for many years. A number of local governments who are struggling with drug prices have tried to do the same thing, where they’re buying drugs either from pharmacies in Canada or pharmacies in other countries like England or Australia.

Drugs are less expensive overseas because for one, generics are more prevalent over there. Expensive drugs become generic more quickly overseas than they do in the United States typically. And also governments tell pharmaceutical companies what they’re going to pay for the drugs, unlike in the United States where pharmaceutical companies tell the government what they’re going to charge for the drugs. So drugs are much cheaper in Canada and overseas.

And so these local governments are contracting with these middlemen companies to help their employees purchase medications. These are chronic medications, these are not drugs you take for the flu or when you need a drug tomorrow. These can be asthma drugs, these can be diabetes drugs. They can purchase these drugs from overseas through these middlemen and they can save 60, 70, 80 percent of the cost of these drugs. And in many cases, the savings are so big to the local governments that the governments make it so the drugs are free. In other words, the government is saving so much on the price off of these drugs that the individual or the employee can get the drugs for free.

Ochoa: You reported on a few counties and school districts that did this. How widespread is it?

Galewitz: It’s fair to say dozens of counties. It’s really unclear. Nobody has done a full, complete count. But as part of our research at Kaiser Health News on this we found dozens of counties basically through searching the internet where counties, cities and school districts were putting out memos telling their employees about this new benefit. And so we ran across these different memos online. And then we contacted various associations who follow this and then we’ve contacted a couple of these middlemen companies that helped the government set up these arrangements.

It’s really big in New York State. It’s really big in the Northeast. We must have found at least 25 or 30 counties in New York that do it. Obviously there were several counties in Florida that are there doing it. So it’s just growing. I mean as one county finds the savings and we haven’t heard of any problems. And so as each county has had something good to say that’s attracting more counties, more school districts to try the same thing.

Ochoa: Is it illegal to get prescription medications from other countries?

Yes. The FDA says it’s illegal to bring in drugs from overseas in almost all cases. The only cases they say where technically it’s legal is if the drug is not sold in the United States. But 99.9 percent of the drugs people want in the United States are drugs already sold here. So yes, the FDA says its illegal but for the last couple of decades the FDA has allowed people to buy drugs for personal use from overseas. As one FDA official told me, we’re not going out to prosecute grandma. I don’t think they want that policy.

Every now and then you do hear about some drugs that are confiscated at post offices in the United States and that may slow down people getting their drugs.

Ochoa: Why does the FDA say people shouldn’t be allowed to get cheap prescriptions from foreign countries?

Galewitz: They say that the FDA can control the supply of medications in the United States from the manufacturer, to the wholesaler, to the retailer. The FDA says it has much more oversight where they can ensure the safety of those medications here as opposed to when they’re coming from pharmacies overseas. Critics of this policy, of course, would point out that many of the drugs sold in the United States are not made in the United States. That many drugs that are sold at your local CVS or your local Walgreens are made in Ireland or made in countries outside the U.S.

Ochoa: Do these municipalities do anything to protect their employees?

Galewitz: I think they’ve done their due diligence. They’ve worked with these middleman companies which assured them that the pharmacies that they deal with in Canada in England are true, reputable pharmacies. These are pharmacies that often are selling to people in their countries and these pharmacies have a track record of supplying accurate drugs and safe drugs to consumers. In other words, they’re not just buying from anybody. They’ve done some due diligence and there are some associations that help give sort of a “Good Housekeeping Seal of Approval” to some of these pharmacies outside the United States. And those are the ones they will try to work with.

Ochoa: You’ve also reported on storefronts that help people do the same thing but the Food and Drug Administration has cracked down on them. Tell us about that.

Galewitz: There have been these storefronts that have existed in Florida for almost 15 years now. They started up about 2002, 2003, particularly serving seniors who are seeing huge prices for drugs. Many seniors at that point and even today were leery of going on the Internet and buying drugs from someone who they couldn’t see. So some of the storefronts set it up where they would serve as a middleman. The seniors would go in and sit with somebody who would go over what drugs they needed. They sit in front of a computer terminal and they show them what price they could get at pharmacies around the world, or particularly in Canada. And so the store fronts became very popular in Florida, particularly in retiree areas such as South Florida and the Tampa Bay area and central Florida.

These stores are not pharmacies. They don’t have the drugs themselves. They’re just a middleman connecting the consumer to these pharmacies in Canada, New Zealand, Australia or England or other places around the world. Then these people have the drugs mailed right to their house. So they’ve existed for a number of years right out in the open, right out on Main Street. They’re not hiding themselves. They’re advertising in the local newspapers. So nothing was ever hidden from anybody.

The search warrants and the affidavits that we went over showed that the FDA agents had gone in undercover to buy drugs from these store fronts and to see what they were getting. They wanted to make sure if someone was ordering an asthma drug, they were really getting that asthma drug at the dosage they thought. And in the court documents it showed that there was no problem. When they were ordering the drugs, they were getting the drugs. So that gave the storefronts a sign that they thought what they were doing was OK. So the FDA sort of left it open. They’re saying you can’t do this, this is illegal. But to date, they have not shut them down.

Ochoa: The FDA hasn’t done similar raids on these benefit programs at school districts and municipalities. Do they have a different policy for them?

Galewitz: They’ve let these things go on. You can look at their policy based on their actions. Some of these counties and cities have been doing this for a decade or more. This isn’t new. I mean, they were doing this under the George Bush administration. They were doing it under the Obama administration. Now they’re doing it under the Trump administration and the FDA has let these things go on. It seems to me, if the FDA wanted to step in and do something, they’ve had many, many years to do it and they’ve chosen not to.

And that’s why I think it has given a green light to more and more local governments to do this. But it’s also raised the question of how they could let cities, counties and municipalities help their employees buy drugs from overseas but at the same time, not a middleman who wants to help an individual in a city do the same thing. It might be seen by some to be hypocritical. Why would they let one happen and not the other?