How Hindus Are Celebrating Diwali, the ‘Festival Of Lights,’ Amid Pandemic 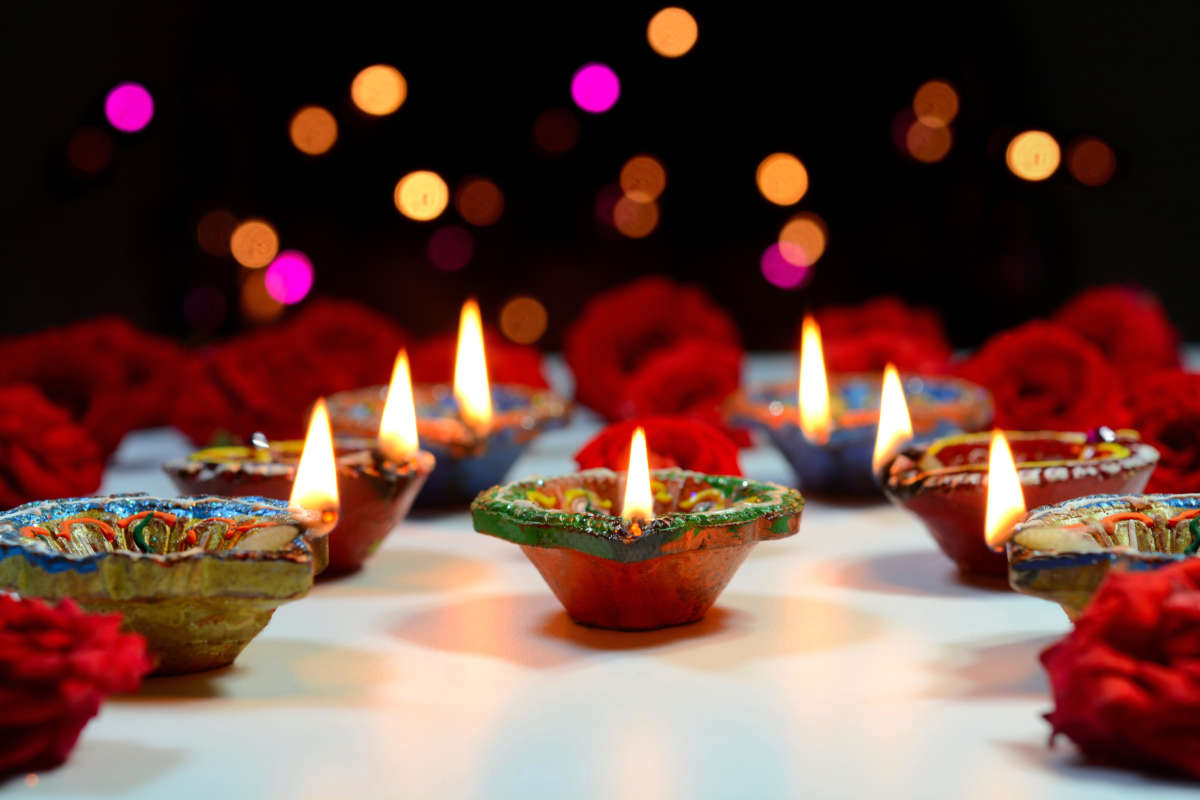 Diwali is known as the "festival of lights." But really, it's more than that. It is a new year for Hindus across the globe. It symbolizes the victory of light over darkness, good over evil and knowledge over ignorance.

Sarita Talusani Keller’s home in Laramie, Wyo., would usually be aglow this time of year with an array of candles and clay lamps. There would be guests enjoying a copious selection of food, laughing and smiling and taking pictures together.

This is what Diwali has traditionally looked like every year for Keller, 46, her husband and their two children. The five-day celebration, which began this week, is known as the “festival of lights.” But really, it’s more than that. It marks a new year for the more than 1 billion Hindus worldwide, and symbolizes the victory of light over darkness, good over evil and knowledge over ignorance.

“It’s a new fresh start,” said Keller. “It’s cleaning out the old and welcoming the new … I think everybody wants to do that with COVID this year. I really do.”

The traditional Indian clothing of Sarita Talusani Keller’s daughter, 9-year-old Leela, is laid out in her bedroom. Every Diwali, she would wear one of these outfits to celebrate the festival.
Naina Rao/KUWR

Keller is a museum educator whose parents immigrated to the U.S. from India. In a typical year, she would cook lots of food for Diwali, and host as many as 20 people for a potluck celebration. This year, she will only have a handful of guests over, all of whom have been isolating, and some of them, feeling lonely.

“I think this is something they might need right now,” she said. “Just to be around people.”

Mohan is a senior at the University of Wyoming. She was born in India and raised in Kuwait. She’s been in the U.S. since 2016 and will be graduating next month. This semester was going to be her last Diwali in Laramie.

“Diwali to me just means home,” said Mohan. “Home, waking up, dressing up, holiday … And fireworks, enjoyment, food — really good food. And just laughter and playful joy. That’s what I feel Diwali is.”

Which is why when Mohan found the local Indian community during her freshman year, it became surreal. “I did not feel left out at all,” she said. “Because it’s a close-knit community.”

If anyone needed help, whether it’s food recommendations or anything else, “we’re [the Indian community] here because we’re all going through the same thing. We have a similar background,” Mohan said.

Leela Keller paints a Diya lamp at home preparing for Diwali decorations, in 2016. Right, Leela stands in front of the statue of Hindu goddess Lakshmi, in Sri Meenakshi Temple, located in Madurai, in the state of Tamil Nadu, India.
Sarita Keller

She wanted to be more actively involved with the Indian community. So, she joined the Indian Student Association, also known as MILAAP, and served on the executive board. The biggest event they organize and host every year is a tradition that MILAAP has done for the past 15 years: Diwali night.

“We need hands-on deck from every person in the community [for Diwali],” Mohan said.

Planning usually starts six months in advance. It’s in the summer when the executive committee gathers to figure out things like financial budgets, caterers and food services, the venues needed and how many volunteers might be needed.

“Do we need someone from the Indian embassy to speak? Do we need people from different areas to speak? So much of that planning is definitely needed,” said Mohan.

But it’s the performances that are the highlight of this event, she said. Some of them include traditional Indian dances, modern Bollywood dance performances, fashion shows and students singing Bollywood medleys and popular classics on stage.

It is the one event where Mohan gets to experience a community coming together and enjoying Diwali. But this year, because of the pandemic, it’s going to be getting Indian takeout, wearing her best traditional clothes and maybe making some Indian sweets with her roommates and boyfriend.

Painted Diyas by Sarita Talusani Keller and her daughter, Leela, laid out on the kitchen counter, ready to be lit for Diwali night in 2017.
Sarita Keller

Both Keller and Mohan are, of course, disappointed. But Mohan is going to make the most of it.

As for Keller and her nine-year-old daughter, Leela, they’re looking forward to one way Diwali is different this year: having Kamala Harris, who like her has Indian heritage, as vice president-elect.

“We’re like, ‘Look, it’s someone like us! And it’s a woman!” said Keller. “There’s never been a woman in like, the presidential history, ever,” Leela replies. “And a woman of color, and a woman that has a familiar background … She’s also south Indian.”

Just like Diwali, Harris’ election is seen as a new beginning and a fresh start. This has been evident from the victory celebrations in Harris’ ancestral village in India, the Indian Prime Minister congratulating Harris publicly and social media memes commemorating her election.

Under a worldwide pandemic and the first woman to be vice president-elect of the United States, 2020 has truly been a year of a lot of firsts, just like the spirit of Diwali.