How Big Sugar Steered Research On A ‘Tooth Decay Vaccine’ 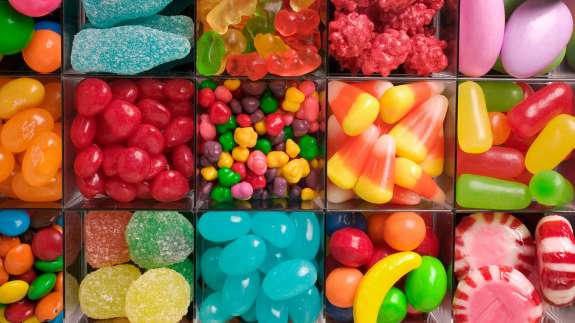 So if you want good oral health, it makes sense to brush and floss regularly and perhaps limit the amount of sugar you consume. Right?

But back in the 1970s, according to a new research paper published in the journal PLOS Medicine, the sugar industry developed a strategy to deflect attention away from public health interventions aimed at reducing the consumption of sugar. That strategy included efforts like supporting research into a tooth decay vaccine.

The paper comes from researchers at the University of California, San Francisco who pored through hundreds of sugar industry documents from the late 1950s through the early 1970s. Their goal was to analyze how the industry’s actions influenced the research priorities of a government-funded program to eradicate cavities and tooth decay, which was known as the National Caries Program (NCP).

For instance, in the late 1960s, the Sugar Research Foundation (the current Sugar Association evolved out of this industry group), along with the confectionery industry, helped to financially support the creation of a laboratory. The aim was to do research on monkeys to develop a vaccine that could be used to prevent dental cavities in people.

Another goal of the research was to develop an application — perhaps a powder — that people could mix into or take with sugary foods. In theory, the application would render a bacterium called Streptococus mutans (which is commonly found in our mouths) “less destructive to teeth after sugar was consumed,” the authors write in the study.

“They were very interested in looking into ways to somehow re-engineer sugar so … that it was less harmful to teeth,” says study co-author Laura Schmidt, a professor of health policy at UC San Francisco.

“But none of these research agendas panned out,” Schmidt tells The Salt. And it wasn’t just industry funding behind this research. Schmidt points out that taxpayer dollars supported it, too.

So, how are these decades-old revelations relevant today?

“This is a lesson from history on how impactful industry can be in shaping scientific research,” says Schmidt. “As a result of industry influence, [the federal government] mis-spent a lot of taxpayer research funds on cures for dental disease that would never pan out.”

The Sugar Association, in a statement, says it can’t comment directly on documents and events that “allegedly occurred before and during Richard Nixon’s presidency, given the staff has changed entirely since the 1970s.”

However, the Sugar Association says it questions “the relevance of attempts to dredge up history when decades of modern science has provided answers regarding the role of diet in the pathogenesis of dental caries.”

The Sugar Association says experts agree: If you want good oral health, you should make smart snacking choices and take care of your teeth, “particularly reducing the time of carbohydrate [including sugar] exposure to the teeth before brushing.”