How A Senate Impeachment Trial Could Work 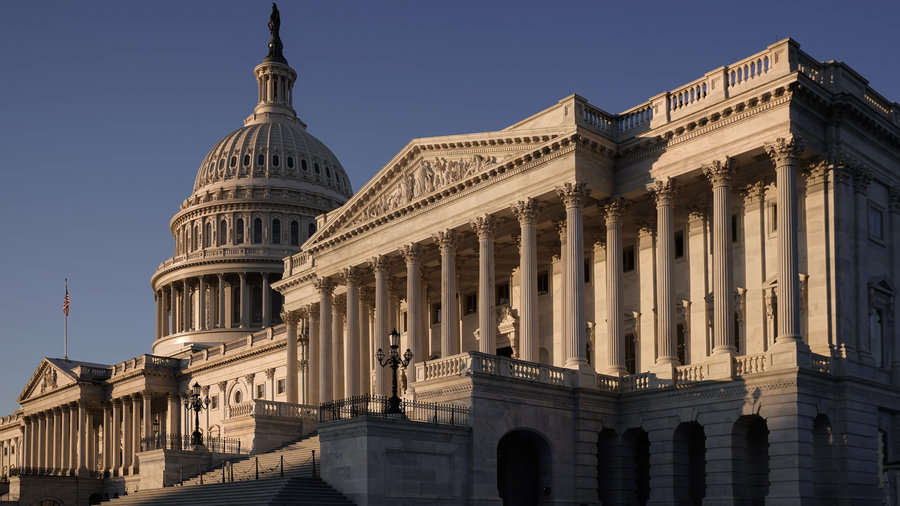 Where will the Senate take the impeachment inquiry next? Photo: NPR News

President Trump’s fate is now in the hands of the Senate. The House of Representatives has impeached the president, and it is up to senators to determine if he will be removed from office.

But before the trial in the Republican-controlled chamber can even begin, there are a few more steps. The House still has to pass a resolution naming the managers who will present the articles of impeachment to the Senate. The House also has to officially transmit the articles to senators.

The Senate establishes the parameters of its trial. House Speaker Nancy Pelosi, D-Calif., has said she is waiting for agreement on a “fair process” before transmitting the articles.

While many details are unsettled, here are the outlines of what is expected during a Senate impeachment trial.

The details of a Senate impeachment trial are up for negotiation. That deal-making begins with the Senate leaders, in this case Majority Leader Mitch McConnell, R-Ky., and Minority Leader Chuck Schumer, D-N.Y.

McConnell has described the talks as dealing with two phases: first, sorting out who the key players are and how they will present their cases (he has said he was “optimistic” they could agree on this part). The second is determining rules around witnesses. McConnell rejected Schumer’s request for top administration officials to testify but has not completely ruled out having witnesses.

It takes only 51 votes to approve the rules, so McConnell can rely on his majority. Pelosi has added a hurdle, though, by saying she will withhold the articles until he and Schumer come to an agreement.

Once the trial begins, there are clear rules for each of the key players. U.S. Chief Justice John Roberts presides. Senators do not do the talking; they can only submit written questions. Impeachment managers from the House will represent the Democrats’ argument. The president’s defense is expected to include White House counsel and potentially outside attorneys. The White House declined to participate in the earlier House proceedings, which it considered a “sham.”

The role of witnesses — if any — is unclear at this point, and it may not be completely sorted out until the trial itself has begun. Throughout the trial, there may be procedural votes around topics such as how evidence is introduced and which witnesses can be called.

This is where moderate Republicans could throw wrenches into the leadership’s plans. Once again, these procedural votes require only a majority, and a 50-50 tie is considered a failure to pass because Vice President Pence cannot cast the deciding vote as he would (and has) in other cases. The chief justice is unlikely to want to cast a deciding vote as he presides over the trial, seeking to maintain impartiality.

After the trial, the Senate votes on the articles. Convicting Trump and therefore removing him from office requires 67 votes. That would mean 20 Republicans would have to join Democrats in the effort — a highly unlikely prospect.

Acquitting Trump of the charges or dismissing the charges, however, takes only 51 votes. It is unclear whether these would be separate votes.

Can’t see the graphics in this story? Click here.