How A Recycled Rocket Will Take Us To Mars 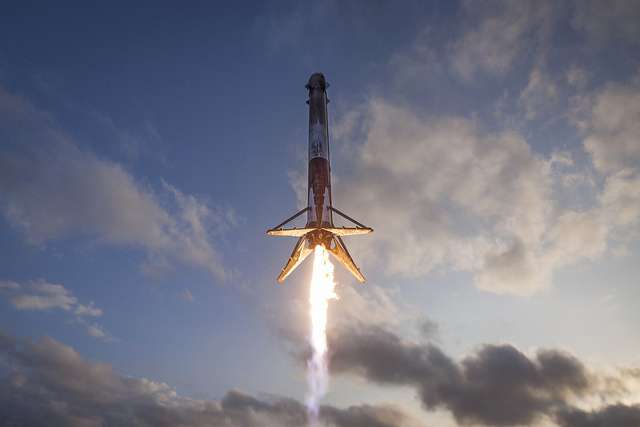 A SpaceX Falcon 9 rocket lands on a barge at sea for the second time. Photo: SpaceX

SpaceX’s ability to launch, land and recycle a rocket could lower the cost of access to space, and pave the way for founder Elon Musk’s to reach his ambitious goal of colonizing the red planet.

“This was really the first time that whole, complete rocket of a liquid fuel booster was reused, and that was huge,” said NASASpaceflight.com’s assistant managing editor Chris Gebhardt.

SpaceX re-launched a Falcon 9 rocket from Kennedy Space Center that previously sent cargo to the International Space Station last year. SpaceX wants to speed up that process. “What they really want is what they call single digits turnaround – which means being able to launch one of its boosters, get it back and re-fly it within a single day,” said Gebhardt.

Last year, Elon Musk unveiled plans to colonize Mars, which included huge spacecraft that could carry hundreds of passengers to Mars, and rockets that refueled in space. “Reusability is perhaps the most crucial part of the plan to get folks to Mars,” Gebhardt said. “It’s only economical feasible if you can use [the rocket] thousands of times. The Mars system is being designed for up to one-thousand reuses.”

Gebhardt said this launch from Kennedy Space Center is one for the history books. “I think what we watched was humanity really becoming a spacefaring civilization, not just a civilization who can get there.”