How A Medieval City Dealing With The Black Death Invented Quarantine 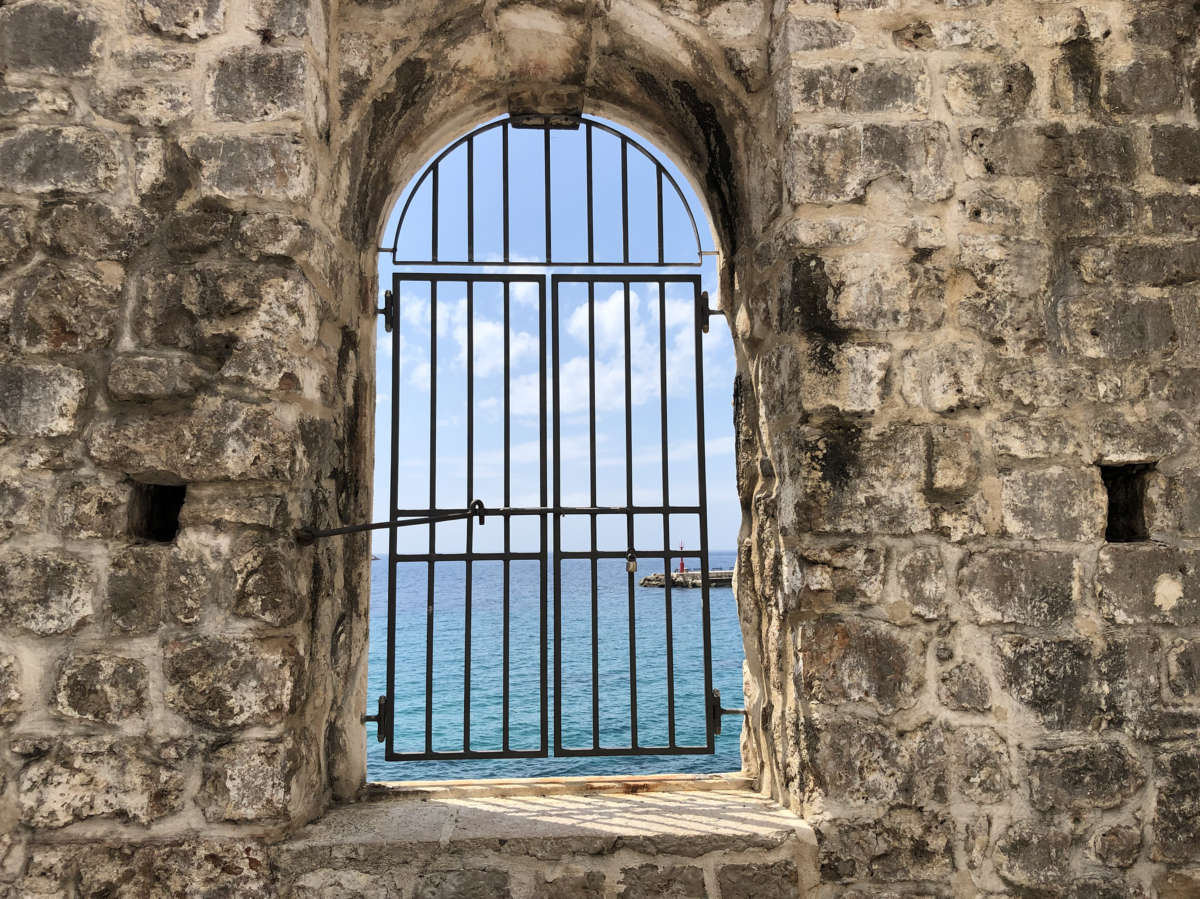 For nearly three centuries, the Republic of Ragusa, where modern-day Dubrovnik is centered, forced visitors to spend 40 days on the remote islands off the coast of the walled city, but in the 17th century, the city built The Lazarettos, a series of buildings immediately outside the city where visitors had to quarantine. This is the view from one of the quarantine cells.
Image credit: Rob Schmitz

DUBROVNIK, Croatia – The first state-imposed quarantine happened here, in present-day Dubrovnik, Croatia, an ancient walled city atop the cliffs of the Adriatic Sea. The first people to ever be quarantined – more than 500 years ago – had a nice view, but not-so-nice consequences if they decided they had had enough of it.

Ivana Marinavić, the head of educational programs at The Lazarettos of Dubrovnik, the first buildings ever constructed for the sole purpose of quarantine, lists some of the consequences for breaking quarantine in the 14th century:

“Torture, or cutting your nose or your ears off.”

She says it all started in 1377, when the Black Death was on its way to killing a third of all Europeans. Dubrovnik, the center of the Republic of Ragusa, was among that era’s wealthiest merchant cities, and it wanted to maintain that status.

But it was a small city and it couldn’t afford to simply shut down like the large merchant cities of Venice or Milan did, so city leaders came up with a plan to force visitors to wait on one of the many desolate islands off the coast for 40 days before they were allowed to come ashore.

They called it quarantino, the Italian word for a 40-day period, a length of time historians believe was inspired by Biblical events, like when Jesus, in the New Testament, fasts in the wilderness for 40 days; or the 40 days and nights of rain that flooded the Earth in the story of Noah’s Ark from the Hebrew Bible.

“The first quarantine was pretty much improvised,” says Marinavić. “It was improvised in the different islands all around Dubrovnik or in their wooden houses or people were just left outside.”

But before you feel sorry for these lonely souls, Marinavić points out they were accompanied by a scribe, two guards, two cleaners and a grave digger.

Nearly 300 years later, in 1642, the city finished The Lazarettos, a series of buildings just outside the city wall where visitors – mostly from the Ottoman Empire – would wait out their 40 days.

Marinavic gives a tour of the former quarantine cells, vast stone rooms whose barred windows overlook the turquoise waters of the Adriatic and which now house an exhibition on the history of the quarantine.

There are displays of old tools that guards used to ensure social distancing – poles with spikes on the end of them – and Marinavić shows off one of the earliest forms of contactless payment, a cashier’s desk with a hole carved into it.

“The money would fall into the drawer through this hole,” she points out. “They were avoiding to touch the money.”

And money was the primary reason behind Dubrovnik’s creation of the quarantine – it wanted to maintain economic growth in turbulent times – a tradition Marinavić says continues today.

“I think that our government is trying to do the same because we are a country very much dependent on tourism,” she says. “That’s why we never had really strict measures in Croatia or in Dubrovnik.”

And that’s why Croatia was one of the first European countries to open to vaccinated tourists. It’s also why Dubrovnik, filled with medieval churches, concert halls and the world’s oldest quarantine site, has been hard at work lobbying U.S. airlines like Delta and United to reopen direct flights between the U.S. and the Dubrovnik’s airport.

And when more tourists begin arriving at this ancient walled city, they can pay a visit to The Lazarettos, pretend they’re in quarantine – and then walk right out the door for some sightseeing without worrying about losing their noses in the process.