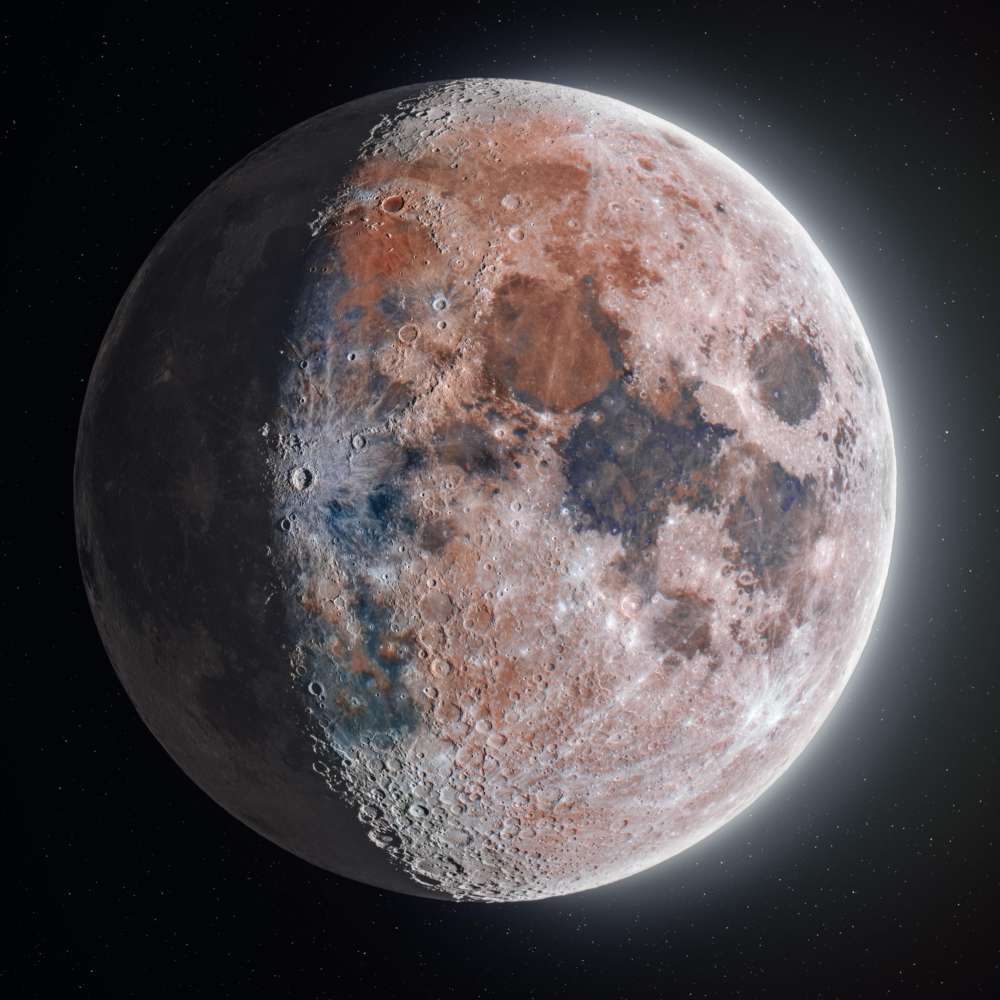 It took astrophotographers Andrew McCarthy and Connor Matherne over nine months to edit their final image. It's comprised of more than 200,000 shots pieced together to make a single photograph.

Two astrophotographers have teamed up to produce an out-of-this-world photo of the moon, capturing over 200,000 shots to create a single image.

Andrew McCarthy and Connor Matherne collaborated last November to push their photography skills to the limit. Their finished product was posted online Saturday, and is currently gaining lots of attention on Reddit.

The two stargazers first connected over Reddit and then Instagram, sharing and commenting on each other’s work over the past three or four years. After recognizing one another’s strengths in photography, they decided to team up for a photoshoot of Earth’s moon.

“When he and I put our heads together we were able to make something a little off brand for both of us, which is cool,” McCarthy told NPR. “The whole thing is assembled like a mosaic, and each tile is made up of thousands of photos.”

McCarthy said he specializes in detailed photographs, taking tens of thousands of photos to capture the geographical features on the moon’s surface. Matherne, who prefers to shoot deep space photos, specializes in colors.

Over the course of a single evening, McCarthy shot over 200,000 detailed photos of the moon from Arizona, while Matherne shot another 500 images from Louisiana to capture color data. They combined their work by stacking the photos on top of one another to create a detailed image of the moon in spectacular color.

They spent the next nine months bouncing edits and ideas off one another about the edits, using photo editing programs to help produce the best image possible.

Matherne and McCarthy said though their work is technical, it’s not out of reach for other photo enthusiasts. All that’s required is a camera, tripod and a star tracker. Aspiring astrophotographers can take their work to the next level by purchasing a telescope, but the two said it’s best to develop basic photo skills before taking that next step.

But astrophotography isn’t as simple as point and shoot. One of the most difficult parts of the job, McCarthy said, is practicing patience.

A successful shoot relies heavily on clear skies and limited light pollution. Most nights McCarthy walks away empty handed, but that makes successful shoots all the more meaningful.

“If you can’t handle that, then you’re not going to get to the point where you’re getting these great pictures,” he said. “Anybody can do it, but it takes a special temperament.”