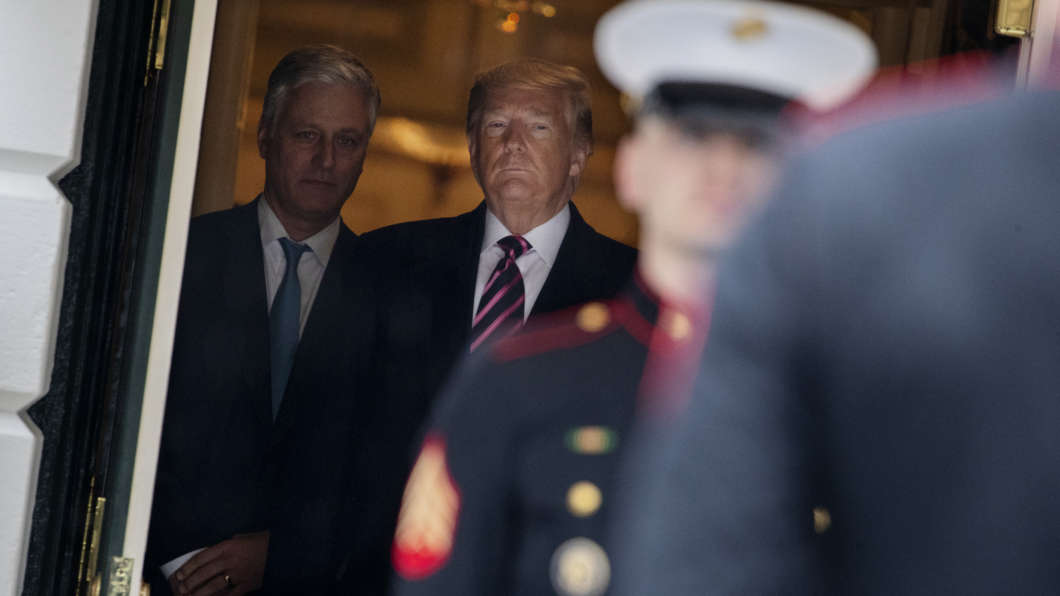 The House is poised to impeach President Trump — thus making him the third president to go down in the history books with a majority of representatives voting that he is guilty of “treason, bribery, or other high crimes and misdemeanors” as set out in the Constitution.

Last week, the House Judiciary Committee approved two articles — abuse of power and obstruction of Congress — in party-line votes. Democrats argued that the president’s move to hold up a White House meeting and security assistance approved by Congress in exchange for Ukrainian President Volodymyr Zelenskiy’s announcing investigations of a Trump political opponent, former Vice President Joe Biden as well as his son Hunter, was an abuse of power. They say the White House directive to administration officials to refuse congressional request for both testimony and documents that committees had requested was obstruction of Congress.

The House Rules Committee will meet on Tuesday to set the parameters for the debate and discuss any proposed changes to the Judiciary Committee’s resolution. Any lawmaker who wishes to speak on the impeachment resolution can appear at the hearing. But the panel has nine Democrats and four Republicans so it is expected to vote to keep the text of the articles approved by the Judiciary Committee intact and set how many hours lawmakers will have to debate each of the two articles.

Depending on how much time leaders decide to set or how much time members take to speak on the floor, the debate could take most of the day. If it goes late into the evening, there is a chance leaders will shift the final vote to Thursday.

Will there be Democratic defections?

Yes, but it’s unclear how many. Two House Democrats — Jeff Van Drew of New Jersey and Collin Peterson of Minnesota — opposed the resolution formalizing the impeachment inquiry and are expected to vote no on the articles of impeachment.

Top House Democratic leaders have described the vote on impeaching a president as a “vote of conscience” and have compared it to voting to send U.S. troops into war. House Speaker Nancy Pelosi told reporters last week that she is not asking any of her members how they are voting. Democrats took control of the House in 2019 after a group of centrist Democrats won seats in 31 districts that Trump had carried in the 2016 election, and many of those members are still mulling over how they will vote. Some admit that if they back impeachment, it could affect whether they are re-elected in 2020.

But the speaker insists she’s not weighing in with this group, saying, “They’ll make their own decisions. I don’t say anything to them.”

Are any Republicans expected to break with their leaders on impeachment?

No, Republicans voted unanimously against the House resolution starting the impeachment inquiry, and House Minority Leader Kevin McCarthy, R-Calif., has sounded confident that the conference will again stick solidly behind the president. Rep. Steve Scalise, R-La., the No. 2 House GOP leader and the party’s vote counter, is actively whipping votes against the articles, and the vote is viewed as a test of party loyalty.

If the House approves articles of impeachment, what happens next?

If the House resolution is approved, as is expected, it is transmitted to the Senate. Because it would be a “privileged” resolution, the Senate must set aside all other legislative business and take it up.

Articles of impeachment are compared to an indictment. The Senate is designated as the chamber that tries the case, with all 100 senators acting as jurors.

Pelosi will appoint impeachment managers from among House Democrats to play the role of prosecutors. The White House will decide its defense team.

How does a Senate trial work?

Before the trial begins, the top Republican and Democratic leaders will try to negotiate a resolution that establishes the ground rules for a trial, such as how long each side will get to present their arguments. That resolution would require a simple majority to pass.

It’s unclear whether Senate Majority Leader Mitch McConnell, R-Ky., and Senate Minority Leader Chuck Schumer, D-N.Y., can get agreement on how the nuts and bolts of a trial will work. If they don’t, there could be a lot of uncertainty for each step of the process. Any senator can raise procedural questions that will trigger votes on all aspects of the trial, including whether any witnesses would be called to testify. Those votes would also need a simple majority vote to pass, and although Republicans control the chamber, there is a small group of GOP senators who have raised questions about the president’s actions and could vote with Democrats.

U.S. Chief Justice John Roberts will preside over the trial.

How long will a Senate trial last?

McConnell, in an interview on Fox News last week, made the case for a relatively quick trial. “If you know you have the votes, you’ve listened to the arguments on both sides, and you believe the case is so slim, so weak that you have the votes to end it, that might be what the president’s lawyers would prefer, and you can certainly make a case for making it shorter rather than longer since it’s such a weak case.”

But the president has been pushing for the witnesses who were not called to testify in the House probe — like Hunter Biden — to appear at the trial.

Referring to those Senate Republicans urging a quick process, the president said last week, “I’ll do whatever they want to do, it doesn’t matter. I wouldn’t mind a long process, because I’d like to see the whistleblower who’s a fraud.”

The investigation came out of a complaint filed by a still-anonymous whistleblower.

The Senate trial is expected to take place in January.

Are there any Senate Republicans potentially open to joining with Democrats to convict and remove the president?

In a Senate trial, a two-thirds vote (67 votes) is needed to convict and remove a president. McConnell said on Fox News that there was “no chance” that would happen. He also said, “My hope is that there won’t be a single Republican who votes for either of these articles of impeachment.” Democrats would need 20 GOP senators to break with the president.