House Passes A Bill To Commemorate Juneteenth As A Federal Holiday 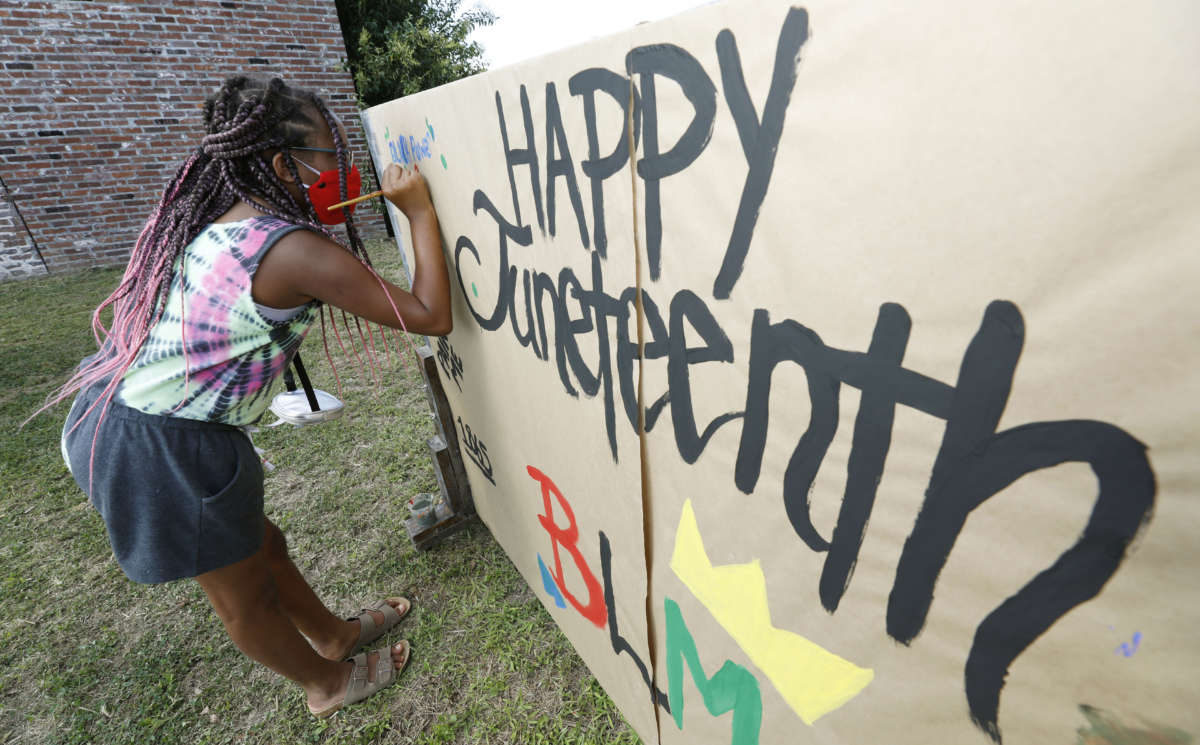 A girl paints on a poster celebrating Juneteenth in downtown Jackson, Miss., on June 19, 2020. Congress has voted to make the day a federal holiday.
Image credit: Rogelio V. Solis

The Democratic-led House of Representatives on Wednesday easily approved legislation to commemorate Juneteenth, the national remembrance of the end of chattel slavery in the United States, as a federal holiday.

The 415-14 House vote follows Tuesday’s unanimous approval in the Senate to federally recognize the holiday. All 14 no votes in the House came from Republicans. The bill now heads to President Biden’s desk.

June 19 marks the 1865 date that people who were enslaved in Texas were freed under the Emancipation Proclamation.

President Abraham Lincoln had actually signed the measure outlawing slavery in Confederate states more than two and a half years earlier, but it was not until 1865 that those remaining in bondage in Texas attained their freedom.

Speaking ahead of the vote, several House Republicans voiced clear support for the holiday but raised issues with the legislative process, as the bill bypassed committees and was brought directly to the floor.

Juneteenth celebrations have grown in popularity in recent years, as the national conversation has shifted to more critically examine the role of enslaved Black people in building the country’s physical and economic infrastructure, as well as how racism against Blacks and other minorities has been foundational to American society.

That cultural shift has attracted more than a few critics.

Many social conservatives have dismissed recent attempts to reframe the story of America’s creation as divisive and evident of what they say is progressives’ preoccupation with race.

In recent weeks, Republican legislatures in more than a dozen states have either adopted or advanced bills taking aim at efforts to update curriculum to better fit modern understandings of race and racism.