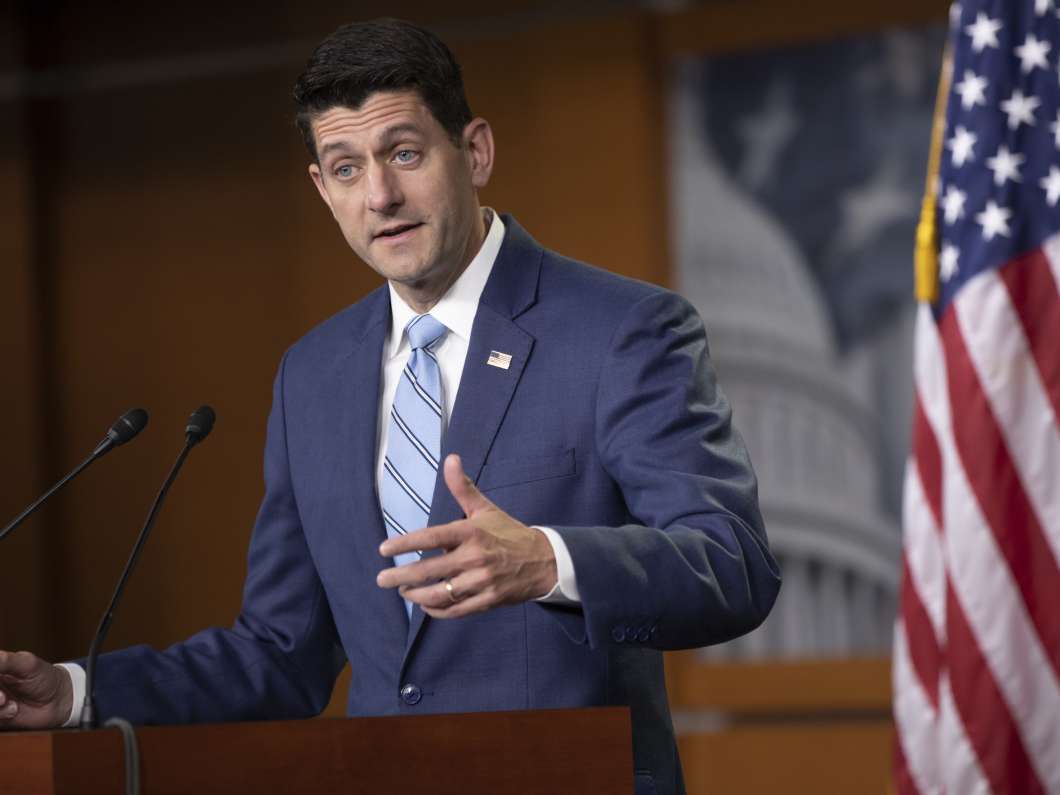 House Republicans plan to vote next week on a pair of immigration bills, including one that would end the Trump administration’s practice of separating children from their parents at the Southwest border.

Republican leaders released a draft version of the bill Thursday after House Speaker Paul Ryan told reporters he does not support the “zero tolerance” policy that was implemented as a result of a court decision. In the House GOP proposal released Thursday there is a provision ending the policy.

The fate of that measure and another backed by a significant bloc of conservatives is uncertain, meaning the family separation policy could remain intact indefinitely.

“This I do think ought to be addressed; we believe it should be addressed in immigration legislation,” Ryan said. “What’s happening at the border with the separation of parents and their children is because of a court ruling. That’s why I think legislation is necessary.”

Asked about whether the White House backed either of the two House proposals on Thursday, press secretary Sarah Sanders did not directly answer.

“The president’s already laid out a proposal that closes the legal loopholes and provides the resources to secure our border. If the process leads to a permanent solution, as outlined by the president, then we would support it,” Sanders said.

Each immigration bill being considered next week is aimed at satisfying a different ideological wing of the Republican Party, and it is unclear whether either has the votes to pass the House. Democrats have indicated that they are solidly opposed to both proposals. Ryan has said any GOP immigration bill must address the four pillars outlined by President Trump:

The bill to appease conservatives would include further reductions to legal immigration and may require all employers to check the citizenship of their employees against a federal database.

The other bill, which changes family policy at the border, is a compromise with moderate House Republicans who had previously threatened to force votes on their own immigration plan with Democrats. The group backed down from that effort on Tuesday after Ryan convinced members that it would be harmful for the GOP-controlled House to pass an immigration bill supported mostly by Democrats.

The legislation would authorize funding for a border wall while creating a new visa category that includes DREAMers who would be eligible for the Deferred Action for Childhood Arrivals program. Those immigrants would get legal status to protect them while they wait in the existing citizenship queue. It would not give those immigrants special treatment or an expedited path as many moderates and Democrats have insisted.

The compromise follows weeks of fighting with conservatives who have resisted any system that would create a special citizenship route for DREAMers. The new visa category would be created by ending the current visa lottery system and changing several other existing visa programs.

The bill would also end per country visa limits while maintaining the current cap on visas, meaning the number of new immigrants allowed into the country would be reduced as visas are granted to DREAMers.