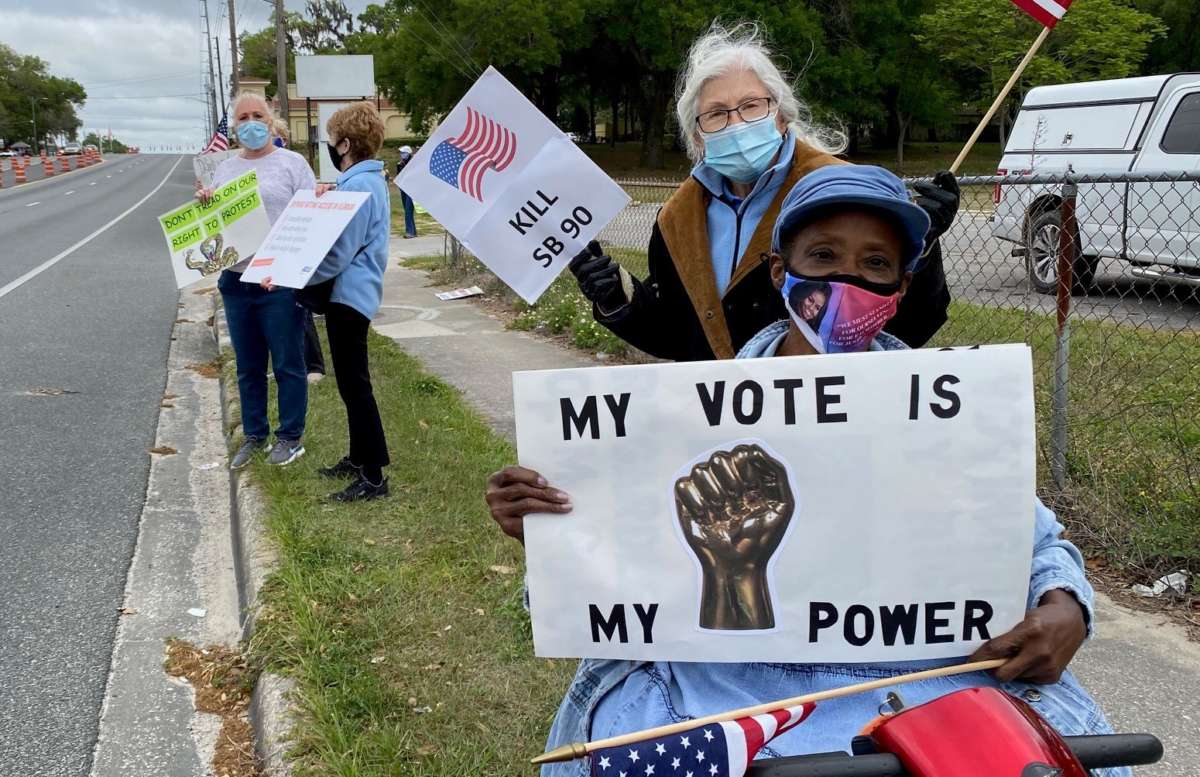 Regina Sapp in her wheelchair and Ava Barnes protest against Sen. Dennis Baxley's elections bill on Saturday in Lady Lake. A House bill on the issue was debated in Tallahassee on Monday. Photo: Joe Byrnes, WMFE

Critics say a new Florida House bill aimed at improving the security of voting by mail will make it harder for some seniors and disabled voters.

They say its pursuit of transparency could gum up the works and create a whole new security risk by putting voter signatures online.

“The bill and the things in this bill,” he said, “are meant to increase election security without suppressing anybody’s vote.”

It lets others view vote-by-mail signatures and challenge them. And critics pointed to a risk of identity theft.

It requires new requests for mail-in ballots each election cycle. But unlike a bill by Senator Dennis Baxley, R-Ocala, it doesn’t cancel current requests and allows drop boxes, as long as a worker checks each voter’s ID.

It would be a crime for anyone other than the voter, a relative or someone in their home to possess the ballot.

Later at a press event, Leon County Supervisor of Elections Mark Earley said that will hinder voters in hospitals and seniors stuck at home.

“And I think it’s an unintended consequence of a bill, I think, that is trying to combat a problem that is more rumor than it is reality and that’s all the concepts around ballot harvesting,” Earley said.

One GOP lawmaker said the bill would bring mail-in ballots closer to the “gold standard” of in-person voting.

Earley was critical of changes that would complicate voting by mail.