Homelessness Trends Down In Central Florida 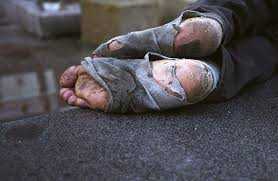 There’s been a big drop in the number of homeless people in Central Florida.

1,613 homeless individuals were counted in the annual ‘point in time’ census in January.

That’s a 23% drop from the year before, when 2,112 homeless people were counted

Homeless Services Network of Central Florida executive director Martha Are said the weather was bad on the night of the census, which may have skewed the count a bit.

But she said the trend in recent years has been declines in the number of homeless.

“It’s important to do the count every year,” said Are.

“It’s also smart not to trust the numbers just from one year to another, but you do want to look at a 3 or 4 year trajectory, to see really where your numbers are going because there can always be some kind of a fluke like the weather or you miss some people who’ve moved around for one reason or another.”

Are said 3,387 homeless people were moved into permanent housing in 2015, and the plan is to beef up the ‘housing first’ model in Central Florida this year.

$7.4 million from the US Department of Housing and Urban Development will help.

“That will actually start those dollars coming into the community, the new dollars from HUD coming into the community, and that’s going to leverage other regional and local dollars that we can expand our capacity to serve those chronically homeless, disabled individuals who are living on the streets as well as those homeless families who are living throughout the tri-county region,” said Are.

The housing first model aims to get the homeless into permanent housing, compared to the traditional model of prioritizing services for the homeless on the streets.