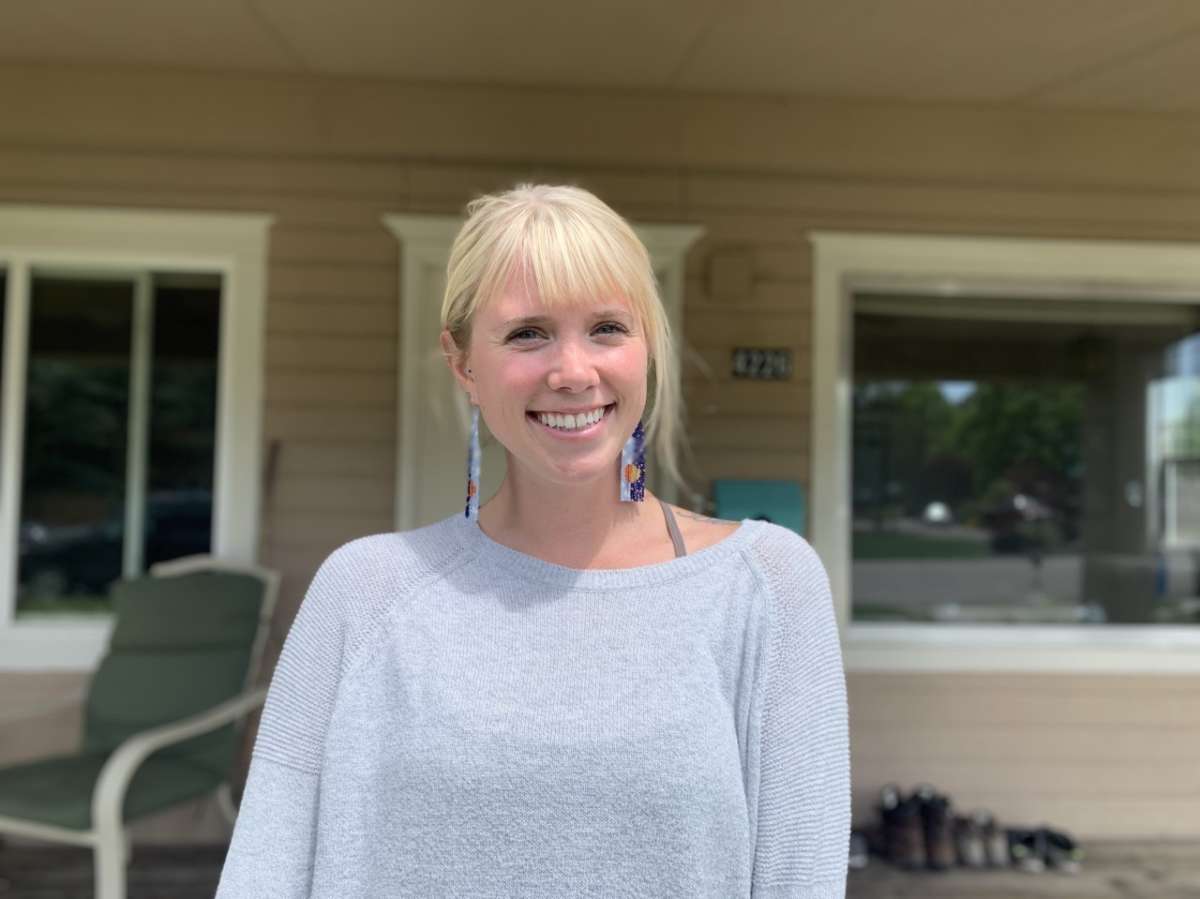 Marissa Lovell had hoped to buy her small Boise, Idaho, rental home until the price shot up by nearly $100,000 amid the coronavirus pandemic.

This time last year, amid the pandemic lockdown, Marissa Lovell’s landlord offered to sell Lovell her current rental house in Boise, Idaho, for $256,000.

Lovell and her fiancé are first-time homebuyers — she’s a freelance writer and publicist for a local music festival, and he’s an arborist. So it took them until July to get all their paperwork together and loan secured. By then, her landlord had raised the asking price to $300,000. Today, one year later, it’s for sale for almost $400,000.

The house isn’t exactly palatial either: 730 square feet, two bedrooms, only one bathroom and no space for laundry or even a dishwasher.

The couple loves the neighborhood, though. It’s a quick bike ride downtown to a show or to bars and restaurants. But if they tried to buy this place now, they’d go way into debt, with their mortgage payment possibly double what they’re currently paying in rent.

Lovell’s dilemma as a first-time homebuyer in what’s now one of the nation’s hottest housing markets to buy or even rent in is hardly unique. According to new figures from Zillow, home values in Boise, population 226,000, have risen a staggering 32% in the past year.

She hasn’t given up looking altogether. But every time she goes to a showing, there are at least 30 other prospective buyers, and her real estate agent tells her that she and her fiancé will need to offer at least $20,000 over the asking price.

“There’s kind of just a feeling of panic-buying almost, which I don’t want to do. It’s hard to know whether we should be buying now or wait, or if we wait, are we going to be completely priced out,” Lovell says.

Will it only get worse for Lovell, or should she ride it out and wait for some sort of correction or even crash? That’s a question real estate economists like Vivek Sah are getting a lot right now.

“The boom is sustainable. The growth in prices is not,” says Sah, director of the Lied Center for Real Estate at the University of Nevada, Las Vegas.

Sah says that as the coronavirus pandemic eases, so will some of the supply chain troubles, such as lumber and labor shortages. That should make the housing market less tight in the next few months to a year.

“This whole bubble thing will slow down to become a more normal market where prices increase probably between 5 and 10 percent,” he says.

As for the chances of a crash?

Sah sees a big difference between this current boom and the events leading up to the 2008 meltdown, which was mostly fueled by fraught lending schemes, speculators and home-flippers. Some investors are buying up properties in markets like Boise, Phoenix and Las Vegas, Sah says, but the lion’s share comprises people actually moving into these cities with jobs and living in the homes.

If this trend sticks, Ed Coulson, an economist at the University of California, Irvine, doesn’t expect much of a correction in the housing market in the next year.

“It’s going to be interesting to see whether or not the changing preferences that we seem to have observed during the pandemic are permanent changes,” says Coulson, director of the university’s Center for Real Estate.

In other words, does that guy who left Southern California for the rural north last through another Montana winter? Or as Coulson puts it, do major employers begin restricting work-from-home rules and call everyone back to their downtown offices after the pandemic?

Regardless, economists predict the housing market in Boise, with all of its amenities, will probably stay hot, like what was seen in cities such as Denver even amid the 2008 meltdown. They say the only real way to begin chipping away at the soaring-costs issue is to build more housing supply, particularly dense housing. That has been a tough sell in libertarian-leaning states like Nevada and Idaho, which are routinely listed as the two fastest per capita growing states in the nation.

So what’s Marissa Lovell to do? Well, she’s stuck for now in her tiny rental, hoping her landlord doesn’t sell it. Lovell moved to Boise 10 years ago, when the housing market was at rock bottom. Since the recovery, median income has gone up in the area by about 20%. But the median housing price has shot up by more than 250%, according to data from Boise Regional Realtors.

“It used to be really affordable with housing,” Lovell says. “We’re the people that are priced out of Boise, and I’m afraid that people are going to start moving because of that, and then what happens?”

Everything that drew people like her to Idaho’s more progressive capital city — cheap living, the creative economy, the city’s success — she says, is in jeopardy if housing is so far out of reach to locals.