Hispanics and Latinos Are The Biggest Moviegoers. The Big Screen Doesn’t Reflect That 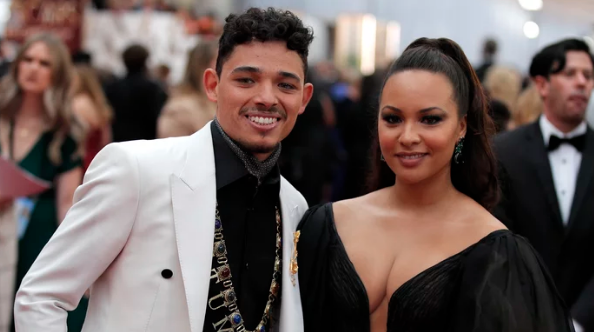 The signs that it’s officially Hispanic Heritage Month are all around us, be it a Google Doodle or an annual film festival.

But the national attention paid to Latinos and Hispanics this time of year belies a persistent reality, according to a new report: Latino and Hispanic Americans are still underrepresented and poorly represented in popular films.

Released on the first day of Hispanic Heritage Month (which ends in mid-October) the report from USC’s Annenberg Inclusion Initiative surveyed leading Hispanic and Latino actors and characters with speaking parts across 1,300 top-grossing films from 2007 to 2019. The report’s authors also assessed the number of Hispanic and Latino directors, casting directors and producers.

“As companies celebrate Hispanic Heritage Month through online posts, events, and employee resource groups,” Annenberg Inclusion Initiative founder Stacy Smith said in a statement, “the evidence is clear that concern for inclusion happens when convenient or expected and not when it comes to greenlighting films by, for, and about the Hispanic/Latino community.”

They also go to the movies more than any other group. Hispanic and Latino Americans have the highest per-capita theater attendance among all ethnicities in the country, according to a 2019 report from the Motion Picture Association of America.

Here are some of the key findings from the Annenberg report.

Hispanics/Latinos are rarely cast in a lead role

Just 7% of major films in 2019 featured a lead Hispanic or Latino actor. When it comes to speaking or named roles, about 6% of characters cast that year were Hispanic or Latino — not even a full percentage increase in representation when compared across the total 13 years of hit films.

Actors of color have landed more high-profile roles in the years following backlash campaigns to boost diversity in Hollywood, like #OscarsSoWhite. Yet in 2019, USC Annenberg found, Hispanics and Latinos trailed all ethnic groups when it came to on-screen time.

When they are seen on screen, Hispanics and Latinos are often typecast in roles that involve criminality, poverty or immigration, according to the USC report. More than one-third of lead Hispanic and Latino actors in 2019’s biggest movies were depicted as criminals.