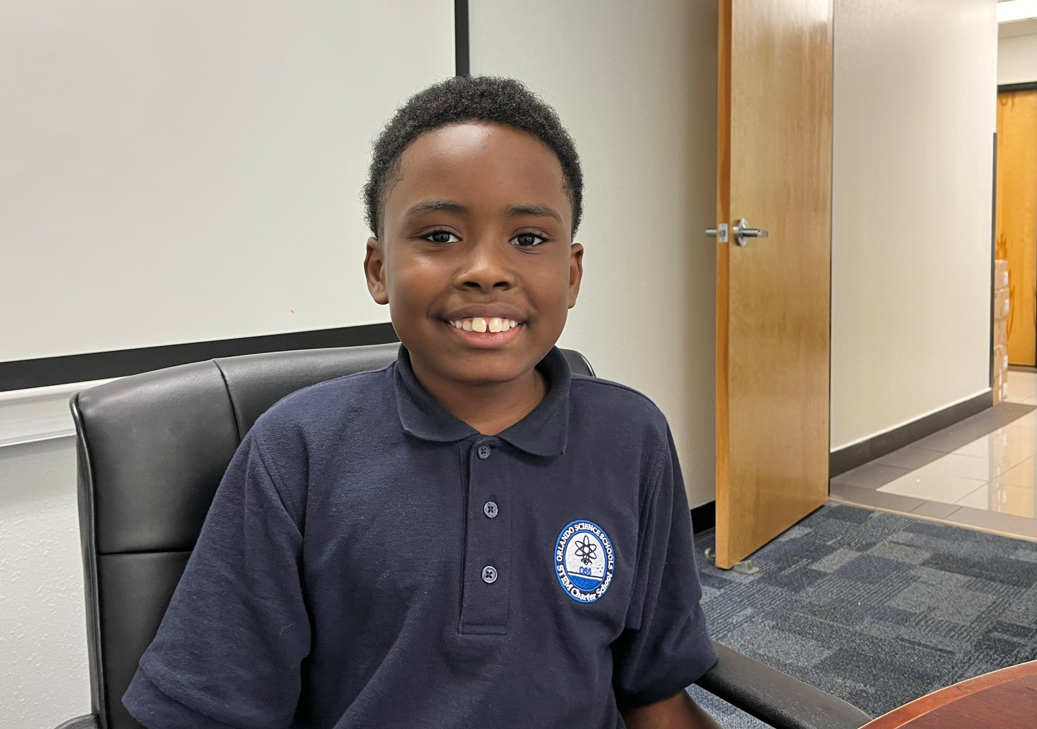 NASA is still hoping to launch Artemis 1 this month. The previous launch was scrubbed due to a hydrogen leak. Whether this month or not, whenever the launch does happen an essay written by a local 5th grader will be on board.

The essay headed to the moon on Artemis 1 started out as a class assignment.

Fifth grader Donovan Corriette attends Orlando Science Schools and says his teacher liked his writing so much, she entered it into the NASA and Future Engineers contest.

Corriette says when he found out he won, he was beyond excited.

“I was jumping all around the place.”

Now Corriette’s essay, which details how he would keep astronauts safe aboard a mission to the moon’s south pole, will be orbiting the moon on Artemis along with several science experiments that are part of the uncrewed mission.

Corriette is a big Marvel fan and says his essay was inspired by his favorite superhero, Black Panther.

“What I like about the movies is they’re, like, futuristic, kind of, and there’s lots of cool inventions.”

Corriette details in the essay how he would deploy a shield to protect astronauts on the mission, kind of like the one used in the Black Panther movies.

“I said that there would be like a shield that will reflect any damage, which is part of Black Panther’s suit.”

Corriette says he’s excited to watch the third attempt at an Artemis launch from the Kennedy Space Center or at the very least adjacent to it. He says it will be especially meaningful as his writing’s onboard.

“I kind of live close to the launch pad. So I guess I’ll just look to see it go up into space.”

In the long term, Corriette says space isn’t necessarily in his future. His plans are a bit closer to earth. He says he’d like to be an engineer with his own company making:

Right now, the next launch attempt for Artemis is scheduled for the week of September 19th.

NASA is heading back to the moon. These kids have some important questions