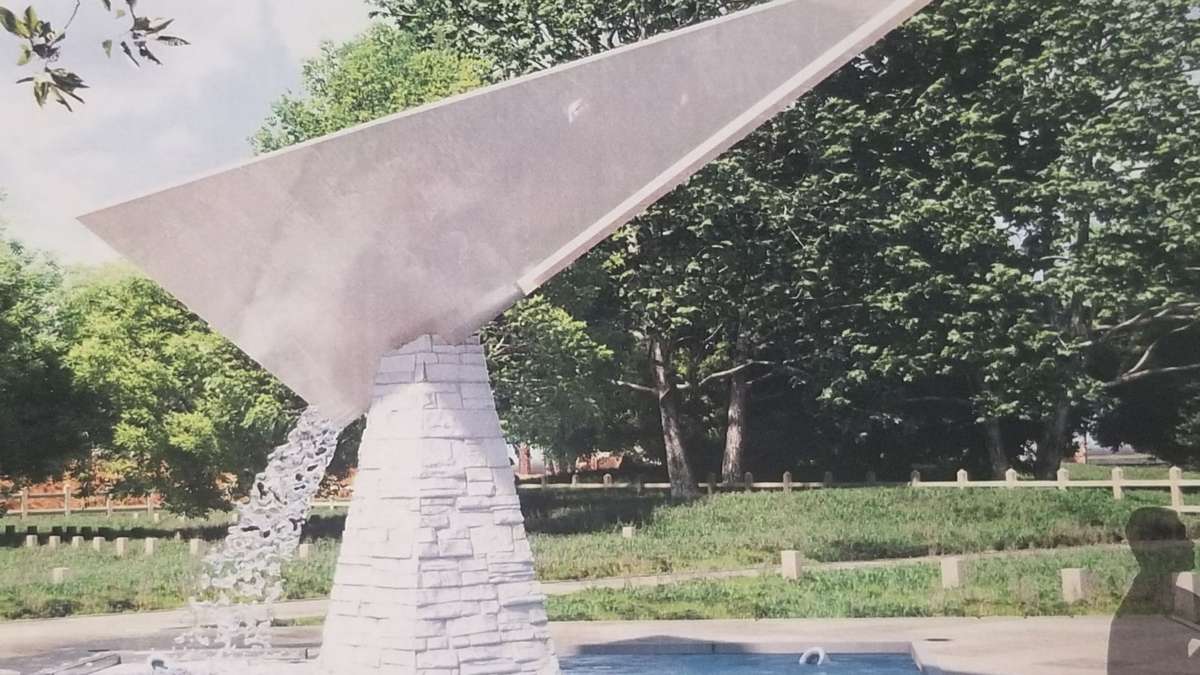 A proposed rendering of a walkable memorial honoring those buried in the mid-20th century Ridgewood Cemetery for the indigent and unknown. [ Courtesy of Jerel McCants Architecture ]

Yesterday, the Hillsborough County School District unveiled proposed designs for a memorial to people buried in unmarked graves on Tampa’s King High School campus. The walkable memorial is to honor indigent or unknown people buried at Ridgewood Cemetery as early as 1942.

Tampa architect Jerel McCants wants to help restore the spiritual connection and symbolism of the site.

“Once burial grounds are disturbed that kind of limits that transconfiguration from earthly or physical realm to spiritual realm,” he said. “So, that’s what I was trying to do. Restore the connection.”

To do so, he first looked at the site’s history.

Nearly 150 graves belonging mostly to Black men, women and children were rediscovered under the school in late 2019. Records show there had been almost 270 people buried at the former Ridgewood Cemetery when the pauper’s burial ground was deeded to the District in the late ‘50s.

But record of the sale, and even the site’s location, were lost to time. After a Tampa researcher told the District the school might sit over occupied Ridgewood Graves, ground-penetrating radar found them on an acre of mostly open land under the school’s campus.

“It’s understanding the story and letting the story take me down a path. And letting go and letting it grow organically,” McCants said. “I feel like I’m just kind of creating what’s there and making it manifest into a physical form.”

A pedestal of stacked stones polished in white holds up two wing-like pieces of aluminum covered in oxidized bronze. The aluminum wings represent both the wings of a dove – a symbol for peace and the soul’s release from earth – as well as hands releasing the dove. They also symbolize hands held in prayer.

Math also plays a big role. The wings are pitched at 42 degrees. The same pitch of Egypt’s great pyramids and the angle at which rainbows are visible when light hits water droplets. The pedestal stands at seven feet and most of the dimensions are divisible by seven.

“The base, the pedestal, everything is divisible by seven. Which is kind of a heavenly number that represents perfection or completeness.”

McCants said the memorial would stand near the school’s building providing students a place for reflection and would not be located over any of the found graves. District representatives said markers will be placed above known graves.

The School District said it will now have conversations with stakeholders and community partners before voting on how to move forward with a memorial. The State has indicated it’d help pay for the memorial and would designate the cemetery a registered historical site.

School Board member Henry Washington said he was happy with the presentation and excited to see where it goes next.

“The presentation was phenomenal. You think about the presentation Mr. McCants gave, it was excellent. So it’s gonna be real good. I’m really excited for how we are going to bring this closure.”

The District hopes to have the memorial completed by summer.