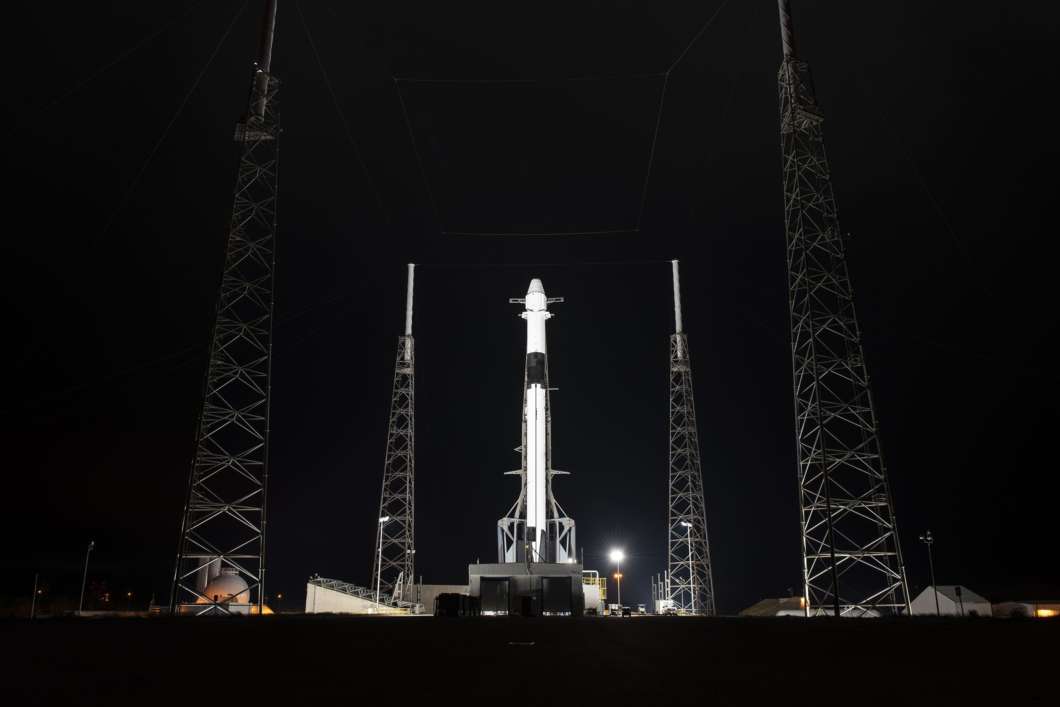 SpaceX's CRS-19 mission on the pad ahead of liftoff from Cape Canaveral. Photo: SpaceX

More than 5,000 pounds of supplies will have to wait another day before launching to the International Space Station. Space scrubbed Wednesday’s launch attempt from Cape Canaveral.

Despite near-perfect weather at the launch site, winds high in the atmosphere threatened the Falcon 9 rocket during launch.

Upper-level winds can damage the rocket or knock it off course while on its path into space. The rapid change of wind speed, or shearing, of the upper-level winds during the rocket’s flight could cause structural damage or cause the vehicle to wobble. Winds tracked Tuesday by the Air Force measure nearly 140 knots.

SpaceX said high seas at the site of Of Course I Still Love You, its drone ship stationed off the coast of Jacksonville used to catch the returning booster, also contributed to the scrub.

Standing down today due to upper altitude winds and high winds at sea creating dynamic conditions around the Of Course I Still Love You droneship – next launch opportunity is tomorrow at 12:29 p.m. EST, 17:29 UTC

Once launched, it will take the Dragon Cargo capsule three days to rendezvous with the station. The capsule will stay docked at the station for about a month then head back to Earth packed with completed experiments.

NASA pays private companies like SpaceX to launch supplies to the station. It’s the private company’s 19th mission under the contract.