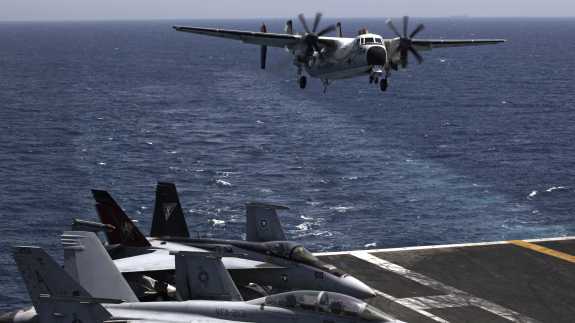 U.S. public support for airstrikes in Iraq and Syria has spiked as President Obama prepares to meet with leaders in Congress at the White House to plan a strategy against the Islamic State.

The findings, reported in a new poll by The Washington Post and ABC News, show a dramatic rise in support for airstrikes as Americans increasingly view Islamic militants as a threat to U.S. interests. In a survey of 1,001 people, 71 percent were in favor of strikes in Iraq. Three weeks ago, that number was 54 percent. In an only slightly smaller margin, 65 percent of those surveyed were in favor of airstrikes in Syria. The Post reports that figure is more than twice the amount of support for U.S. airstrikes a year ago, when the Obama administration was considering action against the Syrian regime for using chemical weapons on its own people.

The recent jump in popular opinion seems to coincide with the beheadings of two American journalists, James Foley and Steven Sotloff, which were videotaped and released by the Islamic State for public viewing.

The poll also released responses rating Obama and his administration’s handling of the Islamic State militants, a majority of which called him “too cautious.” Of those respondents who held such an opinion, 82 percent were in favor of the airstrikes.

In one of the president’s lowest ratings yet, only 43 percent of respondents called him a strong leader.

In recent weeks, Obama sent a few hundred U.S. troops to Iraq and authorized a handful of military airstrikes in the country. On Wednesday, Obama will address the nation to outline the plan discussed in today’s White House meeting. The administration hopes the speech will garner public support for the chosen strategy. Congressional aides said Monday the president will likely not seek authorization for his plan.

In a news conference at last week’s NATO summit in Wales, the president said the plan was to “dismantle” the Islamic State and that the international community must “degrade and destroy” the network of Sunni militants.

CNN compared the poll to its own survey on Monday, which said that 7 in 10 Americans believe the Islamic State, which is also called ISIS or ISIL, has the resources and ability to launch an attack on the U.S. CNN’s poll reported 76 percent of respondents favoring airstrikes against the group.

The Washington Post/ABC News poll was conducted Thursday through Sunday by calling cellphones. The margin of error reported was plus or minus 3.5 percent.