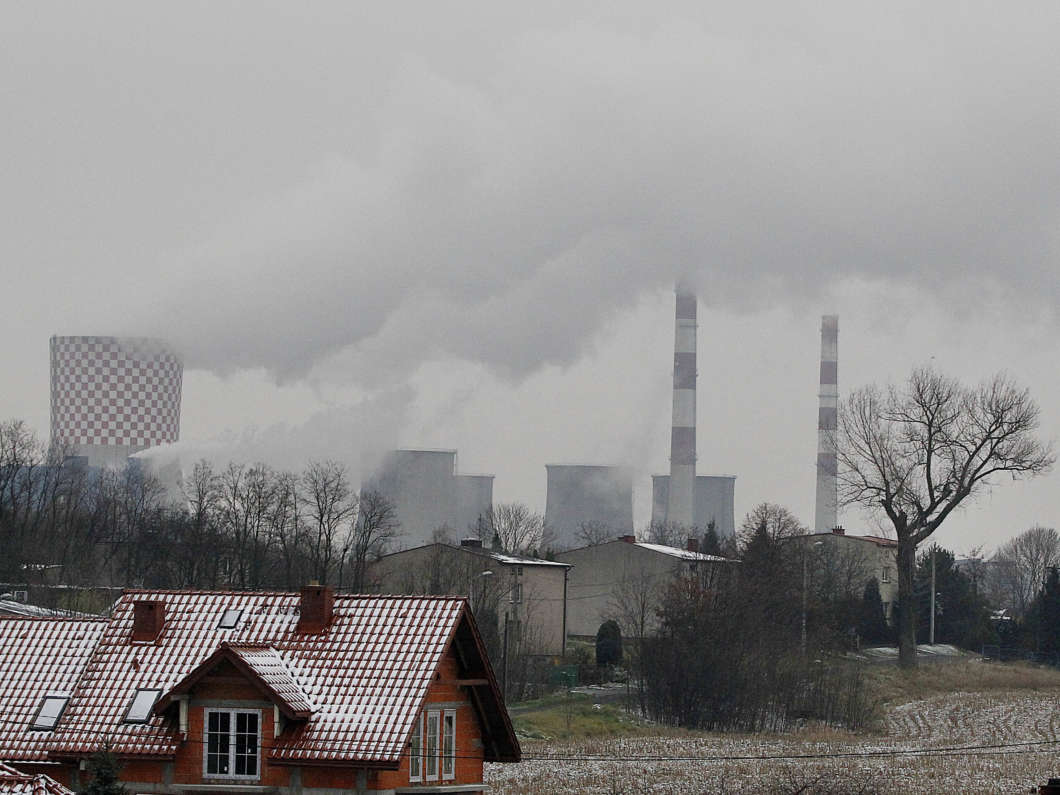 A power plant near Katowice, Poland, the host city for a major global climate conference that began on Dec. 2, 2018. It is the most important climate meeting since the 2015 Paris climate agreement was signed.
Image credit: Czarek Sokolowski

A major international climate conference kicked off Sunday in Poland.

For the next two weeks, leaders from around the world will meet to talk about how reduce global greenhouse gas emissions and support those communities that are already being affected by climate change.

It is the most important climate meeting since 195 countries, including the U.S., signed the landmark Paris Climate Agreement in 2015, and promised to set specific emissions reduction targets. The U.S. said it would reduce greenhouse gas emissions by 26 to 28 percent by 2025.

Now the question is how, exactly, countries will meet their goals.

“This meeting in Poland is going to be focused heavily on implementation rules for the Paris Agreement,” explains Alden Meyer, the director of strategy and policy for the Union of Concerned Scientists. “Exactly how do countries have to report on actions they’re taking? What information do they have to provide on the commitments they’ve made under the agreement? How will the finance flows work? What kind of mechanisms are there to increase ambition of commitments over time?” The guidelines they come up with are informally called the “rule book.”

The talks in Poland come at a turbulent time for global climate politics.

In 2017, U.S. President Donald Trump announced his intention to withdraw from the Paris agreement. Trump has also systematically tried to roll back national regulations that would keep the U.S. on track to reduce emissions, including rules governing emissions from power plants, cars and trucks.

Although the U.S. must technically remain in the agreement until 2020, its delegation is not expected to play the leading role that it has in past negotiations.

Another major player, Brazil, has suggested that it may not be as invested in its emissions reduction promises as it was back in 2015. The country’s president-elect, Jair Bolsonaro, is a far-right politician with a dim view of the Paris agreement.

Other nations, notably Europe and China say they remain committed to meeting their targets.

Scientists say time is running short to avoid the most catastrophic effects of global warming. Climate change is already affecting communities around the world, and a slew of scientific and policy warnings have come out in the months leading up to this meeting.

In the U.S., extreme weather is damaging infrastructure, ecosystems, health and the economy. In November, the most comprehensive federal climate assessment to date called climate change “an immediate threat, not a far-off possibility,” and detailed how every part of the country will be increasingly harmed as the earth gets warmer.

A U.N. report released in October concluded that the earth will get dangerously hot unless people develop new technologies to remove greenhouse gases from the atmosphere. The report also said that the pledges made under the Paris agreement are not enough to keep global temperatures from rising 1.5 degrees Celsius (2.7 degrees Fahrenheit) above pre-industrial temperatures.

Just last week the U.N. announced that there is an increasingly large gap between current efforts and what’s needed to protect the climate. Global emissions have slowed down between 2014 and 2016, but they rose again in 2017, despite the decline in coal in growth in renewable energy in the U.S. and Europe.

“You have all of this stuff telling people ‘It’s even worse than we thought,’ ” says Todd Stern, who led the U.S. climate negotiation team as the U.S. Special Envoy for Climate Change during the Obama administration. “I think the stakes are quite high.”

He says the effects of climate change are increasingly clear to citizens around the world. “If you end up having a failure in this meeting, an inability to get a rule book done, I think you’d have that much more sense among people that ‘Geez, this is really going in a very, very bad direction.’ ”