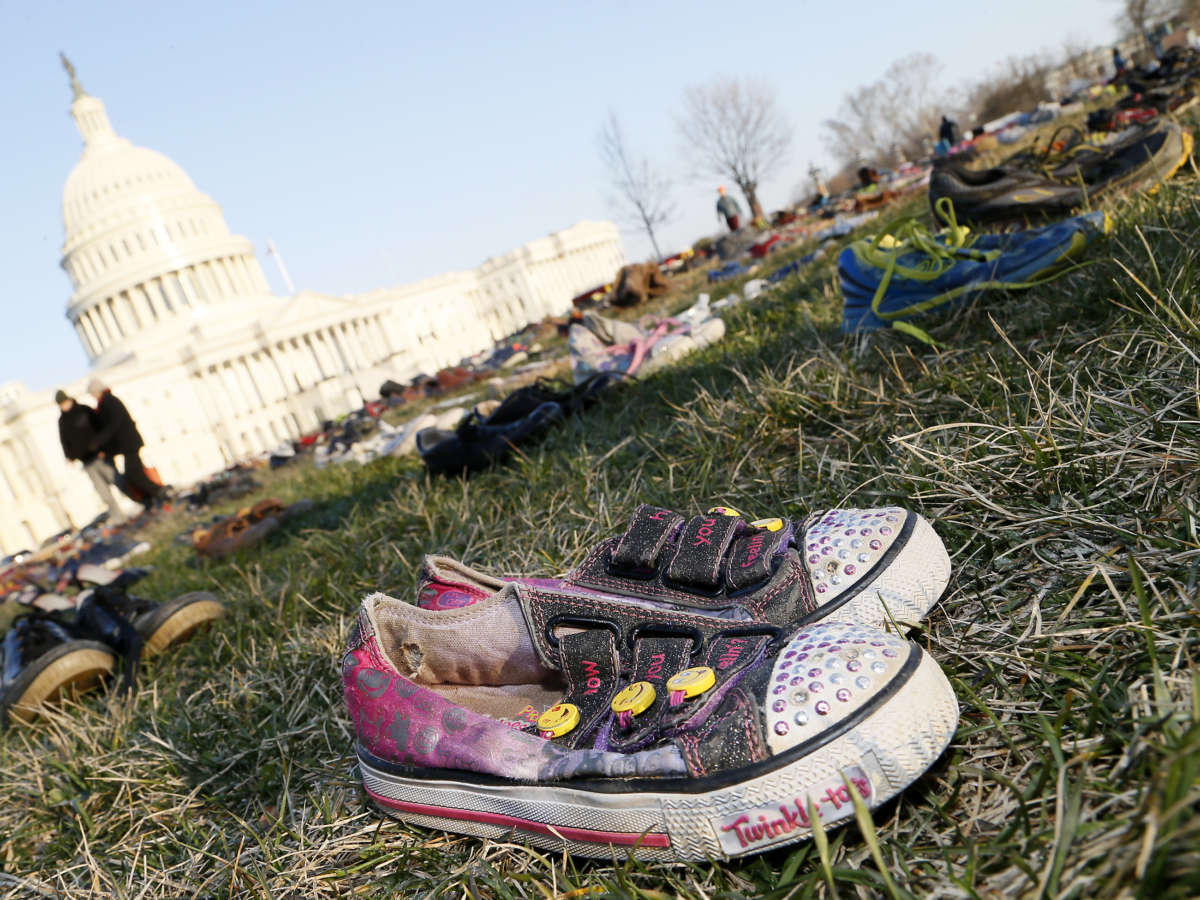 Thousands of empty empty pairs of shoes for every child killed by guns in the U.S. since Sandy Hook cover the southeast lawn of U.S. Capitol on March 13, 2018, in Washington, D.C.
Image credit: Paul Morigi

Accidental gunshot deaths by children handling a gun jumped 31% during the start of the COVID-19 pandemic compared to a year earlier, new data shows.

There were 98 deaths that resulted from unintentional shootings by children from March through December 2019 compared to 128 over that same period in 2020, research by the advocacy group Everytown for Gun Safety shows.

And the trend continues to worsen during the pandemic, the groups says.

So far, in 2021 there have been at least 259 unintentional shootings by children, resulting in 104 deaths and 168 injuries nationally, according to the group’s #NotAnAccident Index. Everytown is a U.S. nonprofit that advocates for gun control.

At that pace the organization projects these incidents in 2021 are set to surpass even the record reached in 2017. That year 383 cases of accidental shootings by kids occurred and at least 156 people were killed.

The organization says COVID-19 lockdowns, lack of child care, record gun sales in the U.S. during the pandemic, and a reported surge in first-time gun owners may be to blame.

Everytown has been tracking unintentional shootings by kids for six years. Cases of young children taking hold of a gun and mistakenly shooting themselves, a friend, or a family member happen almost every single day.

There were at least 2,070 unintentional shootings by children, resulting in 765 deaths from 2015 to 2020, according to the group’s research.

Forty-four percent of U.S. adults say they live in a household with a gun, including about a third who say they personally own one, according to a Gallup survey conducted in October 2020.

Everytown’s new report sheds light on commonalities of each of the reported cases of children playing with a gun, or grabbing the weapon, and shooting themselves or others.

What can you do to protect your child?

Everytown says an estimated 5.4 million children are living in households in the U.S. with a least one loaded and unlocked gun. Most of these shootings take place in homes of the shooter, the victim, a relative or a friend.

The American Academy of Pediatrics advises the safest home for a child is one without guns.

For parents with firearms, medical professionals say the best way to keep kids safe around firearms is to keep the guns locked in a safe or lockbox and to ensure children have no access to the keys.