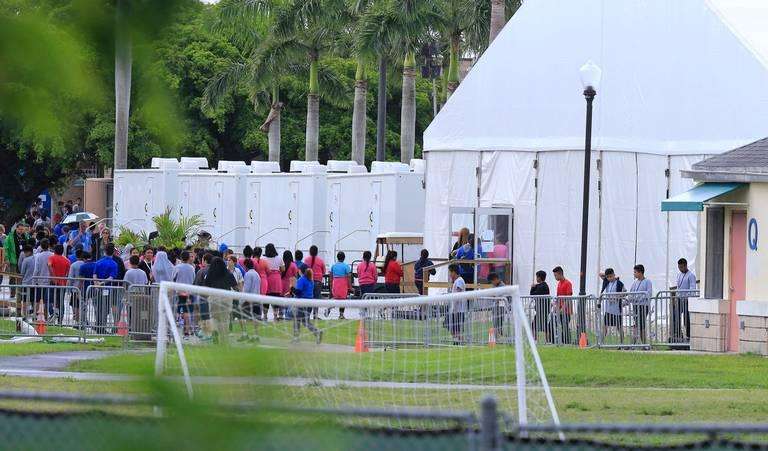 The private prison company running the Homestead detention center that housed thousands of migrant children since 2018 and became a symbol of the Trump administration’s immigration policies will not have its contract renewed, according to an email sent to Rep. Debbie Mucarsel-Powell, D-Miami, by the Department of Health and Human Services on Friday.

Caliburn, the contractor that operates the facility, will not have its federal contract renewed when it expires on November 30 — though it will be placed into “warm status,” which means HHS will retain access to Homestead and can re-open the facility. The remaining staff members at Homestead will be released in the next five to seven days, and the facility’s bed capacity will be reduced to zero, according to the email.

“In our ongoing efforts to ensure fiscal prudence, following a sustained decrease in referrals, HHS operations at the Homestead Temporary Influx facility will be transitioned into warm status effective immediately,” the HHS office of the assistant secretary for legislation said in the email to Muarsel-Powell, whose congressional district includes the Homestead facility.