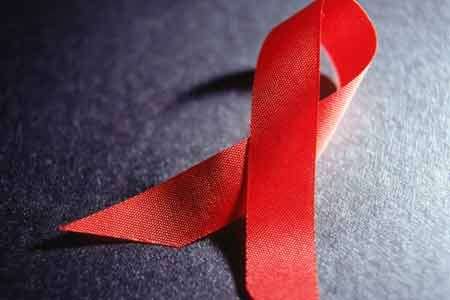 That’s after President Trump announced the goal in his State of the Union address earlier this week. Photo: Flickr Creative Commons

The U.S. Department of Health and Human Services has released a plan that will use a combination of prevention and treatment to eliminate 90 percent of new HIV cases in the United States by 2030. That’s after President Trump announced the goal in his State of the Union address earlier this week.

Florida Department of Health’s HIV/AIDS Coordinator Kara Johnson-Williams says they’re already reducing cases in high-risk populations in Orange County through the highly effective combination of prevention and treatment laid out in the plan.

“As soon as the person tests positive for HIV, it’s important to be able to link that person into services immediately. They will know what their viral load is and that’s what looks at how infectious you are and whether you’re able to pass the infection. If you can get that person in, get them into care, get them on medication, that will drive that viral load down and that way they won’t be able to pass that infection on. And then looking at the preventative side, getting individuals tested and then offering them PrEP services.”

Throughout the month, the DOH will offer pop-up clinics where people can get tested for free and connect up with providers who offer PrEP, an HIV prevention drug, at no cost.

But Johnson-Williams says they’re only able to reach patients through partnerships with other community organizations like Hope & Help Center in Orlando. The clinic gets funding through the Ryan White HIV/AIDS program to offer a number of services to low-income patients with HIV including counseling, help paying for medications, and even food donations.

Client Coordinator Abby Silverman says the fact Orlando has been designated by the HHS plan as one of forty-eight counties that are “hot-spots” for new HIV cases should equate to more funding for the program. But she’s worried the plan doesn’t address other barriers to accessing care in the state.

“We don’t have comprehensive sex-ed in all of our schools here. We don’t have a clean needle exchange program in the state of Florida. So we definitely need to start looking at some of the policy stuff that is prohibiting us from moving forward and tackling the problem. The other thing is we do need to use the tools that are available to us. We have PrEP now which is highly effective and readily available. We have treatment as prevention.”

For now, Assistant Director of HIV/AIDS Bureau at the HHS Laura Cheever says everything’s on hold until Congress can agree on a budget for the HHS and other federal departments in the next week in order to avoid a second shutdown.

“It will depend on Congress in terms of exactly where this plan goes. So I think right now in terms of care and treatment-and that’s what we do in the Ryan White HIV/AIDS program-it will be for us to have a much greater concentrated effort on getting people out of care back into care and people that are not diagnosed, to get them diagnosed and into care.”

The Centers for Disease Control and Prevention says Miami-Dade and Orange counties led the country in new HIV cases in 2017. Click on the links for more information on HIV testing and PrEP services at the DOH in Orange County.