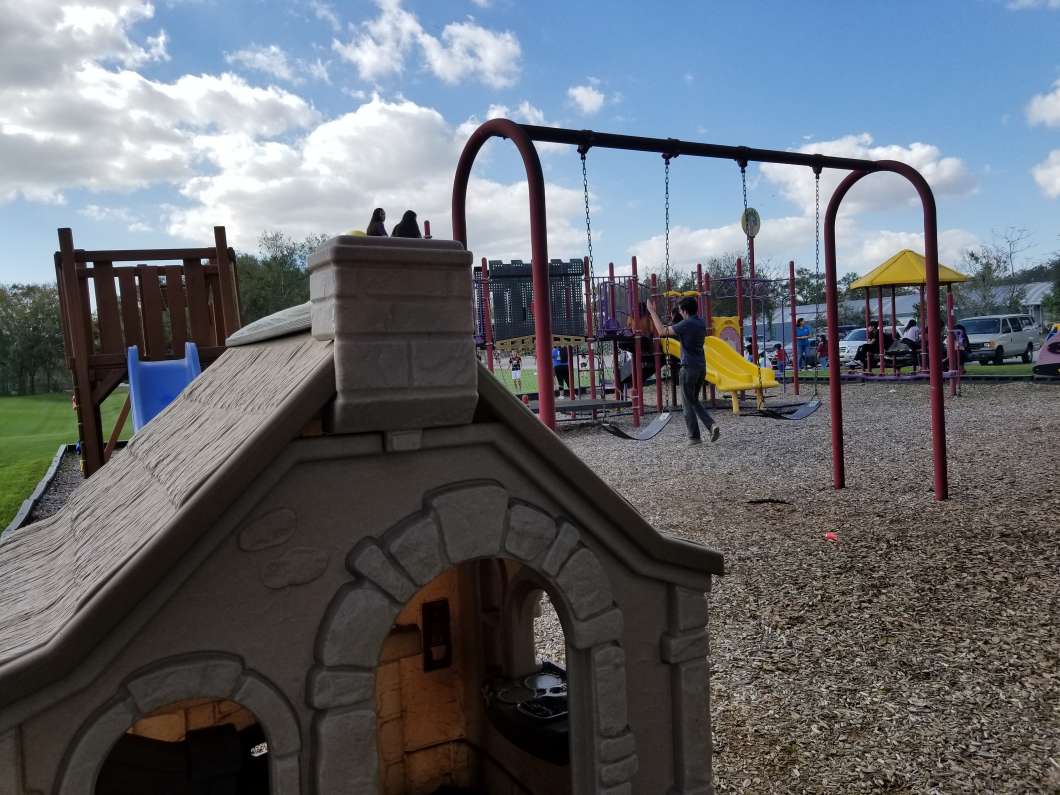 More children in the Orlando area are in need of a free hot meal. Food insecurity—not having reliable access to enough affordable, nutritious food stresses families living in poverty. To get a grasp on child hunger for our series marking Sunshine Week, 90.7’s Crystal Chavez took a look at the need for free and reduced lunch at Orange County Public Schools. She spoke to Morning Edition Host Nicole Darden Creston.

Darden Creston: Crystal, why did you decide to cover this story?

Chavez: Well, I recently went to a Poynter seminar about covering Children of Color Living in the South. And the message really hit: we don’t hear from children enough in our stories about the economy. Their voices are often missing from the public record and they are among the most vulnerable among us. It’s easy to dismiss the situations of adults, ‘it’s their fault, why don’t they pull themselves up from their bootstraps?’ But it’s a lot harder to dismiss a child’s circumstance that came about through no fault of their own. And we have a lot of children living in poverty here in the Orlando area.

Darden Creston: So, you drove to Apopka to a place that serves immigrant and working poor communities.

Chavez: Yes, Hope CommUnity Center. They provide parenting classes, GED and citizenship classes. The place was buzzing with teens playing soccer, basketball, talking and laughing. I met 16 year-old Yesenia Flores on the playground. Her mom is from Mexico, she was born here. Yesenia is part of a youth group called Sin Fronteras or “Without Borders”. At Hope Center she gets to mix and mingle with other teens from immigrant, bilingual families.

“I grew up in this community and community center ever since I was little; it’s like a second home to me, it’s very friendly and I love how they’re like family so,” said Flores.

That day the center gave out hot dogs, chips, and juices. Yesenia also gets free lunch at Apopka High School which she said helps the family budget.

“I’d say yes, ’cause I have two other brothers and plus living with a single mother, that’s kind of hard and plus it’s us three and then one parent. It’s kind of hard for her to be able to afford many things for us,” she said.

On the weekend, her family goes grocery shopping and her mom tends to buy chicken to make mole. Yesenia giggles saying it’s not her favorite but she eats it. Plus, her mom doesn’t like to make separate dishes for her and her siblings.

Darden Creston: Crystal, so just how many families get help with school meals?

Chavez: The first think I did is file a public records request asking Orange County Public Schools, or OCPS, for the number of students on free and reduced lunch per year since 2008.

Darden Creston: Since the Great Recession hit, and what did you find?

Chavez: We have a lot of student bodies high in poverty. The number of students eligible for free lunch has gone up each year since. And the percentage on free and reduced lunch has increased, even accounting for enrollment growth. In 2008, nearly 50 percent of OCPS students were on free or reduced lunch. Now 73 percent of all students in the district are on the program.

Darden Creston: The U.S. Department of Agriculture oversees school lunch programs across the country. Who is eligible to get free and reduced lunch?

Chavez: Yes, the USDA sets these income eligibility guidelines based on federal poverty guidelines. Those guidelines consider a family of four with an income of $24,600 in poverty. Calculations are made based on household size and annual income to determine eligibility.

Darden Creston: Schools also look at whether families are already enrolled in federal benefits including the Supplemental Nutrition Assistance Program or SNAP. Often these conversations stir questions of just how nutritious is the food? So, I’m curious did you find out what is served in Orange County cafeterias?

What’s On The Tray?

Chavez: Well, according to food and nutrition services they get at least four different fruits and vegetables every single day for lunch, two different fruits for breakfast, a protein and a whole grain pasta or rice and milk. There’s an entrée—which the district says it tests with students beforehand.

Darden Creston: Well, that’s what the district said, what did kids tell you?

Chavez: The Orange County school district did not allow me to interview students on free or reduced lunch, so I called up non-profits and I talked to kids outside grocery stores and corner stores.

Darden Creston: Telling you exactly what was on their minds… But with all of these federal initiatives, school lunches must have gotten more nutritious since I was in grade school.

Chavez: Now, the person at OCPS who also talks to children about food is Lora Gilbert —Orange County Public Schools’ Senior Director of Food and Nutrition Services. She said the district works hard to make fruits easy to eat, they slice up the apples and oranges. They also give them different kinds of fruits like kiwis and starfruit.

“Things like that, that they might not get at home so, they have the opportunity to get these during the week, when on the weekend I know a lot of them don’t get the nutrition that they need, they’re hungry when they come back on Monday,” said Gilbert.

Darden Creston: This is a tourist, transient community. As we’ve reported, there are a lot of parents who have part-time, and full-time low paying jobs.

So, Crystal, what else do we know about poverty and hunger in central Florida?

Chavez: More than 8,000 Orange County students are considered homeless and the district has 3,000 students listed as evacuees. Most of those evacuees are from Puerto Rico, TX and other places.

Gilbert said as a dietician she knows something about children who don’t know where there next meal is coming from.“It’s called food insecurity they tend to want, crave things that are high in fat and sugar and so, if they get an extra dollar they’re not going to go buy an orange,” said Gilbert.

Darden Creston: Crystal, what surprised you in the course of your reporting on this?

Chavez: The surprising thing was just how many schools are now offering free and reduced meals to their entire student population. OCPS has increased the number of schools in which each and every student gets free and reduced lunch.

Darden Creston: Why did the number of schools jump so high from year to year?

Chavez: Part of the reason is the district expanded the use of the so-called ‘Community Eligibility Provision.’ This federal program lets you declare a whole school or community high in poverty—and then families aren’t asked to fill out school lunch applications—there’s an automatic direct certification saying so many families at this school already get federal benefits, let’s save time and start giving all students free or reduced meals on day one.

The district first piloted this CEP program in 2013. They realized many more than 20 schools were high in poverty, so they decided to expand it.

One teen told me she appreciates the fact her entire school gets free and reduced lunch because it helps break down stigmas at lunch time for those who forget lunch money or don’t have it.

Darden Creston: So, you filed a request to find out how many students in Orange County are on free or reduced lunch, you spoke to students and to the district’s food and nutrition services director. What else went into your public records search for Sunshine Week?

Chavez: I wanted to dig deeper into the initial figures Orange County Public Schools gave me so, I amended my public records request to ask for a breakdown by school.

Darden Creston: And you got that breakdown and plotted it on a Google Map, with that visual what could you see?

Chavez: The schools high in poverty, in which 100 percent of students get food assistance, really span the district, from Apopka down to Meadow Woods south of the airport. It’s so widespread. Click the link to explore it yourself. And check out the graph below to compare central Florida districts.