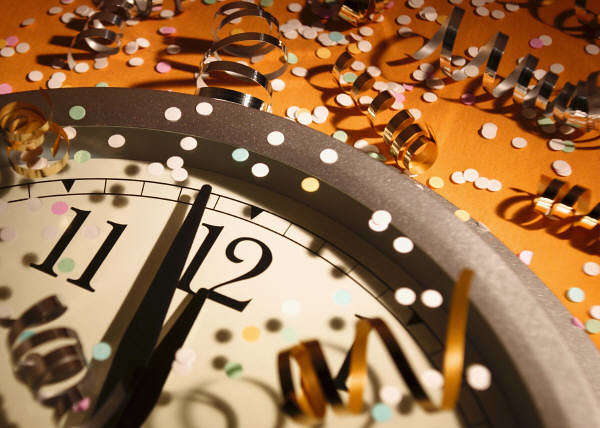 What stories mattered most to you in 2019? Photo: Flickr Creative Commons

Our reporters curated a list of the the top ten stories in Central Florida in 2019. They range from President Donald Trump’s visits to Orlando and The Villages to conservation efforts around grasshopper sparrows.

Tune into 90.7 WMFE and 89.5 WMFV through the holidays to hear these stories on air or live stream them on the WMFE app available at wmfe.org.

10. A significant milestone in the recovery of North America’s most endangered bird.

More than 70 of the diminutive sparrows were released in small groups throughout the year on the Central Florida prairie, their natural habitat.

The releases were aimed at bolstering the world’s last wild population, now down to about 80.

The releases proceeded despite strong opposition from the first scientists to breed the sparrows. The scientists feared the releases might expose the wild birds to disease.

It will be a few more months before wildlife managers can document how many survived. Loss of habitat and nest predation are blamed as primary reasons for the sparrow’s decline.

9. The Reverend Bryan Fulwider’s suicide after being charged with 30 counts of sexual assault on a minor.

On October 2, former minister Bryan Fulwider was arrested and charged with 30 counts of sexual battery on a minor by a person in a position of authority.

The charges stem from his time as senior minister at First Congregational Church of Winter Park.

Police say they recorded a phone call where Fulwider admitted to having a sexual relationship with an underage parishioner.

Since his death, the Orlando Sentinel found documents that show other women complained to the church about Fulwider’s behavior.

Before his arrest, Fulwider was a co-host of Friends Talking Faith, an independent program produced at and airing weekly on WMFE since 2012.

The show is on an indefinite hiatus.

The long time Republican political analyst and former congressman passed away on October 14 at the age of 85.

For 20 years, Frey was a fixture on the airwaves at WMFE, discussing local and national politics with Democratic political analyst Dick Batchelor.

Charlie Gray, attorney with Gray Robinson, who helped Frey get elected to Congress in the late 60s, was a long time friend of Frey’s.

“I’m very proud to have had him as a friend for all these years and respect his work tremendously,” Gray told WMFE.

“My thoughts and prayers and love go out to his family, who are wonderful, wonderful people.”

Former Intersection host Mark Simpson, now Director of News and Public Affairs with Maine Public Radio, says he enjoyed the historical and political insights he got in his conversations with Frey.

“Understanding the history behind the Kennedy Space Center and getting the space shuttle program launched, it was always fascinating to hear that context,” says Simpson.

The University of Central Florida is still searching for its next permanent president.

Former President Dale Whittaker resigned in February under pressure from lawmakers, writing that quote, “it has been made clear to me that for UCF to succeed with our state leaders in the future, new leadership is required.”

UCF spent more than $38 million dollars building Trevor Colbourn Hall with money that legally could not be used for construction. Auditors also found more projects were improperly funded, both at UCF and across the state university system.

Thad Seymour, Jr. was named interim president of UCF. He says he does not want the job full-time.

UCF is the second largest university in the country with more than 69,000 students.

The search committee plans to host an open forum for students, faculty, and alumni in mid-January to discuss the next president.

The appointments were part of sweeping environmental reform pushed by the new governor after toxic algae gripped the state in 2018.

Meanwhile in Central Florida elected leaders forged a new collaborative on climate change modeled after one in South Florida that has served as a national model.

The East Central Florida Regional Resilience Collaborative is the third of its kind in the state and 19th in the nation.

Since the end of the shuttle program in 2011, NASA has been working with private companies Boeing and SpaceX to launch humans to the International Space Station.

Back in March, SpaceX successfully completed an uncrewed test mission of the capsule to the ISS and returned it safely to Earth.

4. The public suicide of a Transportation Security Administration officer in the Orlando International Airport.

On February 2, 2019, TSO Robert Henry jumped to his death from the tenth floor of the Hyatt Regency Hotel inside Orlando International Airport.

He wrote in a suicide note emailed to friends that he couldn’t help but make himself a target of management.

He finished the email, “Tell my managers I will be waiting for them in Hell. Especially the ones who feel this was necessary.”

An investigation by WMFE called TSA in Turmoil documented allegations that Henry was bullied by coworkers and targeted by managers. Other TSA workers reported issues across the United States.

The TSA now says suicide prevention for employees is a top concern.

3. The announcement of the winning design team for the Pulse Memorial & Museum.

The onePULSE Foundation announced the winning design team at the Dr. Phillips Center in October.

Parisian architectural firm Coldefy & Associes was chosen from six finalists by local leaders, architectural experts, and survivors after some 2,300 public comments were collected.

The firm will work with Orlando based architects HHCP on a memorial, a museum and educational center, and a survivor’s walk.

Director Barbara Poma says the design is not final as the nonprofit will continue to solicit feedback from stakeholders.

The Community Coalition Against a Pulse Museum says they’re against the site being turned into a tourist attraction that charges admission.

The $45 million dollar project is scheduled to open in 2022-the memorial will be free to the public, but the museum and educational center will charge a fee for upkeep.

2. Hurricane Dorian is the first major hurricane of the 2019 Atlantic hurricane season.

Dorian hit the Bahamas as a Category 5 storm killing more than 60 people and leaving another 70,000 homeless.

Cooler water and an eyewall replacement cycle slowed the storm to a Category 2 off the east coast of Florida.

The storm never made landfall in the state but strong winds and rains caused some 160,000 people to lose power, and storm surge washed away thousands of turtle nests.

Three storm related fatalities were reported in Florida-all in Orange County. Some 4,000 Bahamian evacuees were processed in the state and 110 children were enrolled in South Florida schools.

Members of Florida’s Bahamian community worked with state lawmakers to raise money and collect supplies for the relief effort.

President Trump chose Orlando to launch his re-election campaign in June, speaking to thousands of supporters at the Amway Center.

As protesters and supporters clashed outside the stadium, the president rallied the party faithful inside, hitting familiar themes of immigration, the Southern border wall, and the Mueller investigation.

Trump was joined by high profile Florida Republicans including Governor Ron DeSantis, Senator Rick Scott, and Congressman Matt Gaetz, all of who have been vocal in their support for the president.

Florida has been a key battleground state in presidential elections-going Republican by a slim margin in 2016, and Trump’s selection of Orlando as the site to launch his campaign shows just how important it will be in 2020.

The president also visited the Florida Republican stronghold in The Villages in October, as the specter of impeachment loomed. He touted his plan for Medicare and looked to contrast his policies from those of Democratic presidential candidates.

What were your top ten stories of the past year? Let us know by tweeting us @wmfeorlando and @895WMFV.