Here Are The 9 Lawmakers Investigating The Jan. 6 Capitol Attack 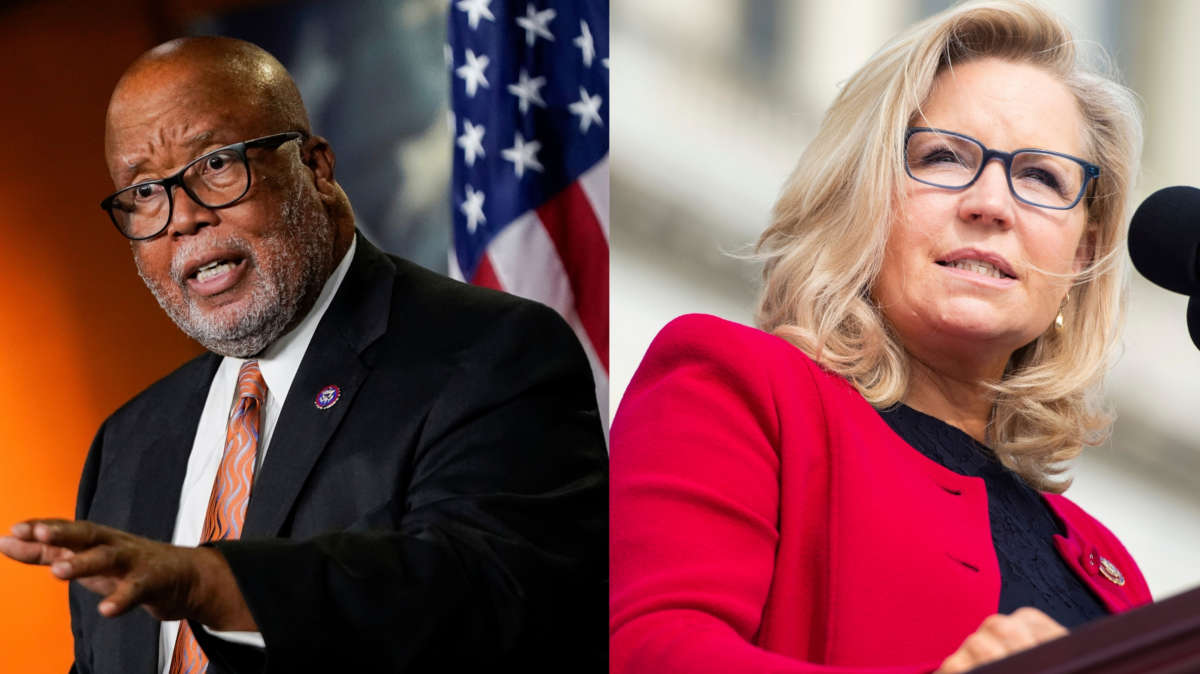 The House select committee investigating the deadly attack on the U.S. Capitol on Jan. 6 is holding its first hearing Tuesday. Police officers from the U.S. Capitol Police and Washington, D.C.’s Metropolitan Police Department will testify before a panel of nine lawmakers: seven Democrats and two Republicans all appointed by House Speaker Nancy Pelosi.

Pelosi previously rejected two of the five Republican members originally selected for the panel by House Minority Leader Kevin McCarthy — Rep. Jim Banks of Indiana and Rep. Jim Jordan of Ohio — citing “statements and actions” made by the pair that she felt would “impact the integrity of the committee.” Both Banks and Jordan had publicly expressed concerns over the panel itself.

McCarthy called Pelosi’s move “an egregious abuse of power” and pulled all of his five picks from the panel, announcing that Republicans will conduct their own separate investigation into the Capitol attack.

Here’s a closer look at the panel’s nine members.

Elected in 1993, Thompson is a Democratic fixture in a predominantly red state. He is the sole Democrat in Mississippi’s congressional delegation.

Thompson, 73, serves as the chairman of the Homeland Security Committee.

He previously crafted legislation with Rep. John Katko, R-N.Y., that would have established an independent commission to investigate the events of Jan. 6. The measure passed the House but was blocked by Republicans in the Senate.

“We have to get to the bottom of finding out all the things that went wrong on Jan. 6,” he said during a July 1 news conference announcing some of the panel’s members. “It will come in due time. I can’t give [the investigation] a timeline. We’ll let the facts help determine how long we will meet.”

Lofgren was elected to Congress in 1994. She served as an impeachment manager during then-President Donald Trump’s first impeachment trial, in 2020. She is the chair of the House Administration Committee, which has held a series of hearings examining, among other things, the management of the Capitol Police.

During the July 1 news conference, Lofgren acknowledged “deficiencies in management” of the force but emphasized “that’s not what spurred the attack.”

“What caused a mob of Americans to think that they were somehow supporting the Constitution when they tried to disrupt the constitutional process of counting the Electoral College votes?” she asked. “Who paid for it? How is it organized? We need to find that out to keep the country safe.”

Schiff was elected in 2000 and chairs the powerful House Intelligence Committee. He was the lead impeachment manager for Trump’s first impeachment trial, frequently sparring with Republicans defending Trump, including the current No. 3 House Republican, Rep. Elise Stefanik.

Schiff spoke about the role of intelligence gathering during the July news conference.

“Why didn’t we see this coming? What kind of advance warning did we have, should we have had? What are the appropriate mechanisms that law enforcement can use to identify when there’s a threat to the nation’s capital, and how that information can be shared?” he asked. “It’s my hope that through our efforts we can get those answers and put additional pressure as needed on the agencies to be forthcoming with that information so that we can prepare for the future.”

Raskin has served in Congress since 2017. A constitutional scholar who taught law at American University, Raskin took center stage as the lead House impeachment manager during Trump’s second impeachment trial, early this year.

He delivered emotional remarks at the time, recounting the experience he and his family members, who were visiting him at the Capitol, underwent the day of the insurrection.

Raskin told reporters that although he believes the trial determined “who incited the violence on Jan. 6” — referring to Trump — Congress still needs to “figure out who organized the violence.”

Aguilar told the media on July 1 that the focus of the investigation is to uncover the truth. “One-hundred forty Capitol Police officers were injured, some of them permanently, [on Jan. 6],” he said.

“Five people lost their lives. Staffers were barricaded here in the Capitol. Members were affected. Everyone touched by Jan. 6 deserves to find the truth of what transpired, what led up to it and how we can protect our democracy moving forward.”

Murphy is considered a rising star in the Democratic Party and in Florida politics. Prior to her election to Congress in 2016, she served as a national security specialist for the secretary of defense.

There was speculation she might try to unseat Sen. Marco Rubio, R-Fla., but ultimately she announced she would not run for Senate.

During the July 1 news conference, she reflected on her family’s personal experience with political violence in communist Vietnam.

“I fled a country where political violence was how political transitions were made,” Murphy said. “And so it broke my heart to be in this building on Jan. 6 and see the kind of political violence that occurred in the country I fled and in countries that I worked on when I was at the Department of Defense happening here in our country.”

She serves as co-chair of the Blue Dog Coalition, the group of centrist Democrats in the House, the first woman of color to hold that post.

Luria flipped Virginia’s 2nd District blue in 2018. She previously served two decades in the Navy, including working on ships as a nuclear-trained surface warfare officer, retiring at the rank of commander.

“The first time that I took the oath to protect and defend our Constitution against all enemies foreign and domestic, I was 17 years old entering the Naval Academy,” she told the media on July 1. “I never thought that fast-forwarding to today, I would be standing here serving in this capacity, looking into why we had a violent mob attack our Capitol, the process of a smooth transition of government.”

Cheney was ousted by her party in May as the No. 3 Republican in the House after her repeated criticism of Trump for his role in inciting the Jan. 6 attack, along with his continued false claims that the November presidential election was stolen from him. She voted for Trump’s impeachment and lay the blame of the attack squarely at Trump’s feet, saying in a statement: “There has never been a greater betrayal by a President of the United States of his office and his oath to the Constitution.”

Cheney said she is “honored” to serve on the committee.

“What happened on January 6th can never happen again,” she said in a statement on July 1. “Those who are responsible for the attack need to be held accountable and this select committee will fulfill that responsibility in a professional, expeditious, and non-partisan manner.”

Elected in 2010, Kinzinger is a former member of the U.S. Air Force. He was appointed to the committee by Pelosi, who said in a statement that he “brings great patriotism to the Committee’s mission: to find the facts and protect our Democracy.”

Kinzinger is an outspoken critic of Trump and voted, along with Cheney and eight other Republicans, to impeach the former president following the Jan. 6. attack on the Capitol.

The Illinois Republican said that although he didn’t expect to be called to be part of the committee, “when duty calls, I will always answer.”

“This moment requires a serious, clear-eyed, non-partisan approach,” he said in a statement Sunday. “We are duty-bound to conduct a full investigation on the worst attack on the Capitol since 1814 and to make sure it can never happen again.”