Health is wealth, but one economist says for some in Florida it’s also debt 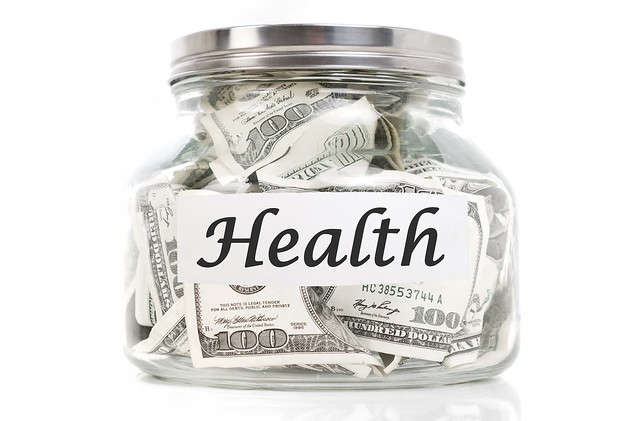 Hearing stories about people taking on serious medical debt due to illness who aren’t able to pay is common across the country and in Central Florida. (Pictures of Money/Flickr)

A statement that likely everyone can agree with, “having health care insurance is important.” Hearing stories about people taking on serious medical debt due to illness who aren’t able to pay is common across the country and in Central Florida.

WMFE’s Talia Blake spoke with Sadaf Knight, CEO of the Florida Policy Institute, about the cost of healthcare in Central Florida.

Cost to you and your neighbor

The Health Insurance Marketplace is operated by the federal government under the Affordable Care Act and is available to Florida residents through healthcare.gov.

Depending on your parameters, Sadaf Knight said it can get expensive. “So just as an example, I put in ‘family of four, two kids under the age of four in Orange County,'” she explained. “And you look at what kind of plans come up for you, they can range between about $1,000 a month for the lowest premium to over $2,000 a month for for the highest premium.”

The cost of health insurance is not only felt in your pockets, but in the community as a whole. According to a recent analysis by the Kaiser Family Foundation, Knight said 1 in 10 adults owe medical debt in Florida.

“There’s sort of a cost for all of us when people are uninsured. It’s a hidden tax of about $2,000 of increased insurance premiums because of all the uncompensated care that’s happening in hospitals,” she said. “So, we all kind of end up picking up the tab and feeling those impacts both from a health perspective and from an economic perspective.”

When a person can’t pay their medical bill, it often goes to a collection agency. In Central Florida, Knight said the amount of debt in collections is between $900 to $1,100. “When you compare that to the state as a whole, the average medical debt is about $915, and in the country is $678,” she explained. “So that’s quite a significant difference between central Florida, the state and the country.”

Medical Debt can also differ from county to county. “For example, in Brevard County, the medical debt in collections is about 20%. That’s pretty high compared to the state average which is 14% and the national average which is 13%,” explained Knight.

Knight also said that almost half of the adults working in Florida who don’t have health insurance are employed in the hospitality, retail, administrative and service industries. “These are people who are cashiers, cooks, waiters, waitresses,” she said. “People who work in retail. Essential jobs during the pandemic and over represented in Central Florida just because of the makeup of our economy.”

Florida is one of 12 states that has not expanded Medicaid, which provides medical care for low-income individuals and families. The state and federal government share the cost of the program.

In Florida, Knight said Medicaid covers 5 million people, but requirements for eligibility are the most restrictive in the country leaving 400,000 people in a coverage gap. “In Florida, if you’re a family of three, and you have an annual income of about $6,900, those parents are ineligible for Medicaid. So that’s very, very low,” she explained. “There’s a whole lot of people who are in the coverage gap. Those are people whose incomes are above that threshold, but not high enough to get subsidies through the healthcare marketplace.

Floridians who find themselves in the coverage gap are not left with many other options. Knight said, “unfortunately, what ends up happening is you just delay medical care. You delay taking or you just completely don’t take medications that you need to be healthy or to address any health concerns that you have. And that’s detrimental.”

If the state did expand Medicaid, Knight said more than 800,000 uninsured Floridians with incomes under 138% of the poverty level would benefit. “That’s huge and I think that now is the time we’ve seen through COVID how important it is to have access to health services. So, this is really an opportunity for us to think about how we can be more equitable and accessible in health coverage.”