Heat waves are dangerous during pregnancy, but doctors don’t often mention it 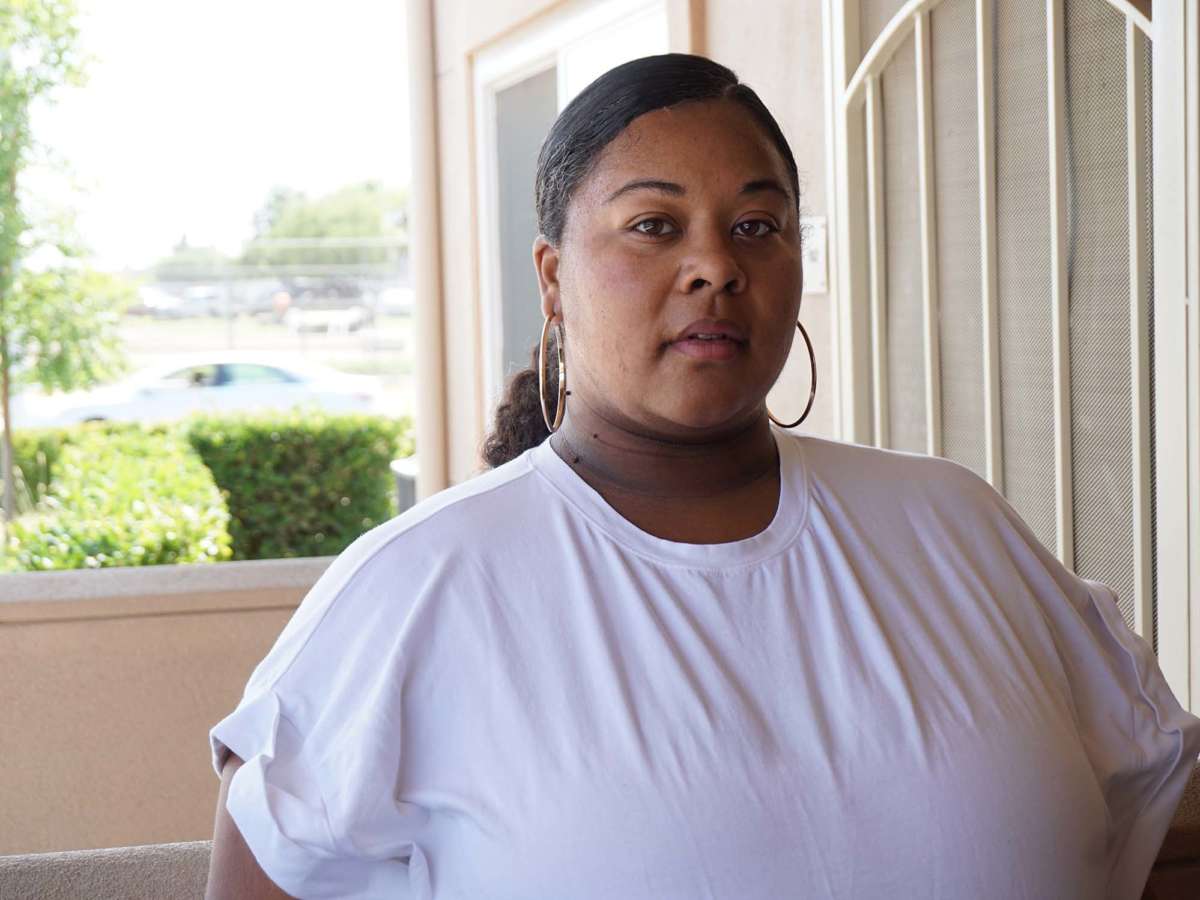 “It was the most challenging time,” says Keishell Brown, a pregnant mother in Fresno, Calif. “It was very hard to sleep. There’s no cool air coming. The fan is just blowing hot air.”

Air conditioning repair companies were swamped during the heatwave, so it took a week for help to arrive at Brown’s apartment, where she lives with her three kids and grandmother. “I just kept telling the kids we’re going to get through it,” she says.

The month Brown’s air conditioner broke was the hottest July recorded in Fresno since record-keeping began in 1887. The high temperature fell below 99 degrees on just one day during the entire month.

With extreme heat waves on the rise in a changing climate, doctors are finding that pregnant women are particularly vulnerable. Heat waves increase the chances of going into labor early, having a stillbirth, or having a baby with low birthweight.

The risk is even greater for women of color, especially Black mothers. While women are often advised to stay hydrated during pregnancy, many are not warned by their doctors about the risks of heat.

“Pardon the pun, but it really is a bun in a really hot oven and that’s a dangerous scenario,” says Dr. Nathaniel DeNicola, an OB-GYN and environmental health expert for the American College of Obstetricians and Gynecologists.

Staying out of the heat isn’t always an option

Every week, Brown logs into a Zoom meeting with 10 expecting mothers, a support group run by Fresno County’s Black Infant Health Program. Both first-time and experienced moms discuss how to navigate pregnancy, including how to advocate for themselves.

“We just encourage each other,” she says. “There’s so much we go through already as women and moms and then being a Black, pregnant woman is challenging in 2021.”

Brown says the statistics are painfully clear around them: Black women may not have their concerns taken seriously by doctors. They also face dramatically higher rates of pregnancy complications, preterm birth and maternal death. In Fresno County in 2020, 9% of births were preterm for white mothers, while 13.5% of Black mothers had preterm births.

The summer heat is yet another risk to their health and pregnancies.

Temperatures in west Fresno, where Brown lives, are often even hotter than the surrounding areas. With few trees, the pavement absorbs and radiates heat, creating one of the worst urban islands in the country.

With three kids, Brown says staying indoors all day often isn’t an option. There are sports practices, errands and work. The same is true for other mothers she knows.

“One of the girls in the group, she didn’t have transportation,” she says. “And she’s running to all these appointments on the bus and goes into preterm labor.”

In the heat, following your doctor’s advice for a healthy pregnancy can be even more challenging.

“We don’t have a Whole Foods or farmer’s market or anything like that here that sells fresh fruit and vegetables,” she says. “Anything we need we have to travel across town to get to it.”

How heat puts mothers at risk

For decades, public health officials have understood the danger that extreme heat poses to the elderly and to babies. Epidemiologist Rupa Basu began her career studying those groups, but then she became pregnant herself.

“I would feel my body just really warm up and I’m like: This is what I’ve been writing about in the elderly and infants and maybe pregnant women are also feeling this,” says Basu, now chief of the Air and Climate Section of California’s Office of Environmental Health Hazard Assessment.

Basu and colleagues led a study in 2010 looking at the effects of heat in California and found for every extra 10 degrees, the risk of preterm birth goes up by 8%. Other studies have found even bigger impacts.

However, for Black mothers, the risk is almost double, which other research found as well.

“Really what we think is that with heat exposure, dehydration is really the root cause,” Basu says. Dehydration causes hormonal changes, which “gives a message to a mother to deliver an infant. The blood flow in the uterus decreases.”

As the climate gets hotter, heat waves are expected to become dramatically more common. At 5 degrees Fahrenheit of warming, an extreme heat wave that’s considered a 1-in-50 year event could happen 27 times more often.

When infants are born before 37 weeks of gestation, they’re at increased risk for developmental, respiratory or heart problems, some which can persist throughout their lives. Being exposed to heat and air pollution is also linked to increased risk of stillbirth and low birth weight. A study from Stanford University found that between 2007-2012, exposure to wildfire smoke was connected to as many as 7,000 preterm births in California.

Many OB-GYNs hear from women experiencing preliminary, and ultimately temporary, contractions during heat waves. But patients often aren’t warned ahead of time about the dangers of heat.

“More needs to be done in terms of training a whole generation of women’s health providers that we should be talking about this not just as problems come up but routinely and prophylactically,” says Dr. DeNicola of the American College of Obstetricians and Gynecologists.

In July, ACOG released new clinical guidance about heat and environmental risks for doctors, advising them “that climate change is an urgent women’s health concern as well as a major public health challenge.”

Still, clinical guidance can take more than a decade to be widely implemented by providers. The COVID-19 sped up that timeline in some cases, but the warming climate isn’t nearly as top of mind inside a doctor’s office. This summer, the world’s top medical journals identified climate change as the “greatest threat” to public health.

“I would say the climate crisis, while it’s not yet seen in the same kind of urgency as the global pandemic with Covid 19 was, it’s every bit as urgent,” Dr. DeNicola says.