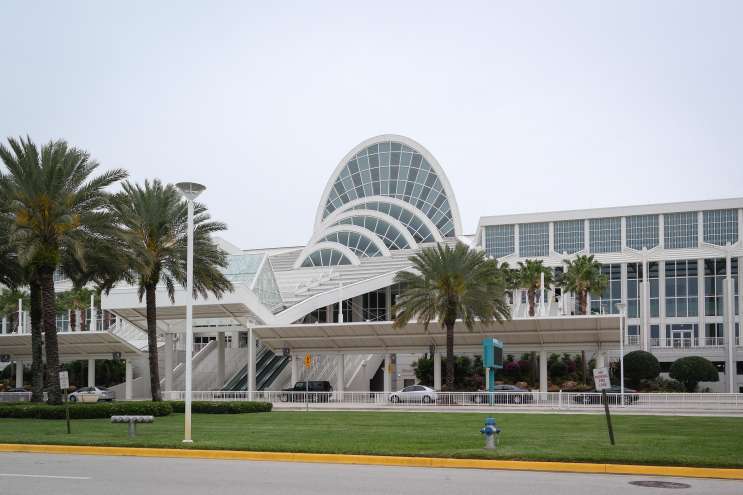 The Orange County Convention Center is funded in part by the Tourism Development Tax.

A global health technology conference that President Donald Trump was supposed to attend at the Orange County Convention Center has been canceled amid concerns over coronavirus.

It’s the second conference that’s been canceled at the Convention Center this week.

Amazon, Intel, and Cisco had already pulled out of the HIMSS Global Health Conference at the Orange County Convention Center.

Now, the five day conference that was supposed to start Monday with a speech from President Donald Trump has been canceled.

HIMSS’ Karen Groppe says the nonprofit’s decision was based on the World Health Organization and Centers for Disease Control and Prevention’s reports on the rise in global coronavirus cases over the past twenty four hours.

“We decided it would be an unacceptable risk to bring so many hundreds of thousands of people together in Orlando.”

Following recent reports from the WHO and the CDC, it is clearly necessary to cancel #HIMSS20. More information and the official HIMSS statement are available here: https://t.co/vv5u6eO1d4.

Groppe says it’s the first time in 58 years the yearly conference that more than 45,000 health IT and technology professionals were supposed to attend has been canceled.

She says HIMSS is working with the White House to reschedule Trump’s address.