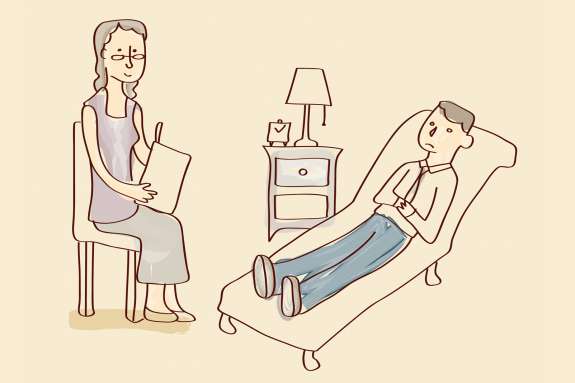 Mental health issues like depression, anxiety and substance abuse often start in adolescence then peak in young adulthood. But for young people who don’t have steady jobs or stable paychecks, getting help can be tough.

A popular provision of the Affordable Care Act that took effect in 2010 aimed to make it easier for young adults to get access to health care, by allowing them to stay on their parents’ insurance until they turn 26.

So, are more young adults getting help with mental health issues because of the provision? Maybe, suggests a study published in the September issue of Health Affairs.

Before 2010, just over 30 percent of young adults with mental health issues said they were getting treatment. And that went up by about 2 percent in the two years after the ACA provision took effect, the study found, based on data from the National Survey on Drug Use and Health.

That’s not much of an increase, and researchers can’t say exactly why the rate went up. But, they say, there’s evidence that ACA provision is at least partly responsible.

Once it took effect, uninsured visits to mental health care providers went down by 12.4 percent, while the number of visits paid by private insurance increased by 12.9 percent. And among older adults in the 26-35 age group, who weren’t affected by the provision, the number seeking care went down.

One thing that didn’t change during this time period was the number of young people getting treatment for substance abuse.

“This is a first glimpse — an early look at what’s happening,” says Brendan Saloner, an assistant professor at the Johns Hopkins Bloomberg School of Public Health who led the study.

We asked to Saloner about the work, and what’s keeping young adults from getting the mental health care they need. The conversation has been edited for length and clarity.

Were you surprised at all by what out found in the study?

We’re still trying to make sense of why that is.

I think that speaks to the fact that there are probably very different systems in play for mental health and substance abuse. People with substance abuse problems are more likely to come into contact with the criminal justice system, in many cases. When people get arrested, do they get care when they’re in jail and prison?

Colleges and universities are also places where a lot of young adults with substance use problems are right now. Are they getting the services that they need?

The numbers for mental health care didn’t seem to budge that much either.

If you just focus on the trend among young adults, then the uptick is indeed rather modest. But we made the assumption that were it not for ACA provision, the trends for the young adults would be the same as the trend for the older adults. And that went down — the economy was bottoming out and a lot of people were losing their insurance.

So it’s important that young adults were able to maintain some modest improvement while treatment for older adults was going down. The policy can be successful even if it only has a modest effect in improving access.

Even so, only about a third of young adults who need help are actually getting it. Why is that?

That’s consistent with what we know from national data. We know that at any point in time, among individuals who screen positive for mental health problems fewer than half of them get any kind of care. And when you look at substance abuse, that number is much lower — around 10 percent.

Some of what’s going on is people don’t have the resources to pay for treatment.

The Mental Health Parity Act does a lot to make sure the costs for mental health and substance abuse care is on par with the costs for other medical treatments. It was passed in 2008, but it’s really starting to be implemented now. Historically, people have had to pay a lot more out-of-pocket for these treatments.

Even so, copays that might look small to people who are more established and affluent are going to be a real financial burden for a young person who is working part time or who’s a student with limited financial resources.

And it’s also hard to find treatment providers. We need to have to have the manpower and womanpower – or rather, physician power — to meet the needs of this diverse population of young adults.

So even though more young adults have access to care now, they’re not necessarily seeking treatment for mental issues.

Access to health care can help indirectly. One of the most powerful agents for getting people into mental health treatment is the primary care provider. A young person might go to their doctor just for a physical exam, and then it comes up in the conversation with the doctor that ‘Oh by the way, I’m feeling really down lately.’

What would help more young people who need treatment seek it out?

One thing is making sure there’s an adequate network of providers who are in health insurance plans. And the other thing is making sure sure people who have transitory health insurance – like young adults who are using their parents’ plans – can maintain continuity with their providers over time. That way people get access to a mental health provider, they can stay with the treatment.

But I think this is something that’s going to involve changes within the health insurance system, but it’s also going to require a lot of effort even outside the health care system.

There’s a lot of stigma. We need to do everything that can be done so people feel less ashamed of saying ‘I have depression’ or ‘I have an anxiety disorder’ or ‘I have bipolar disorder.’