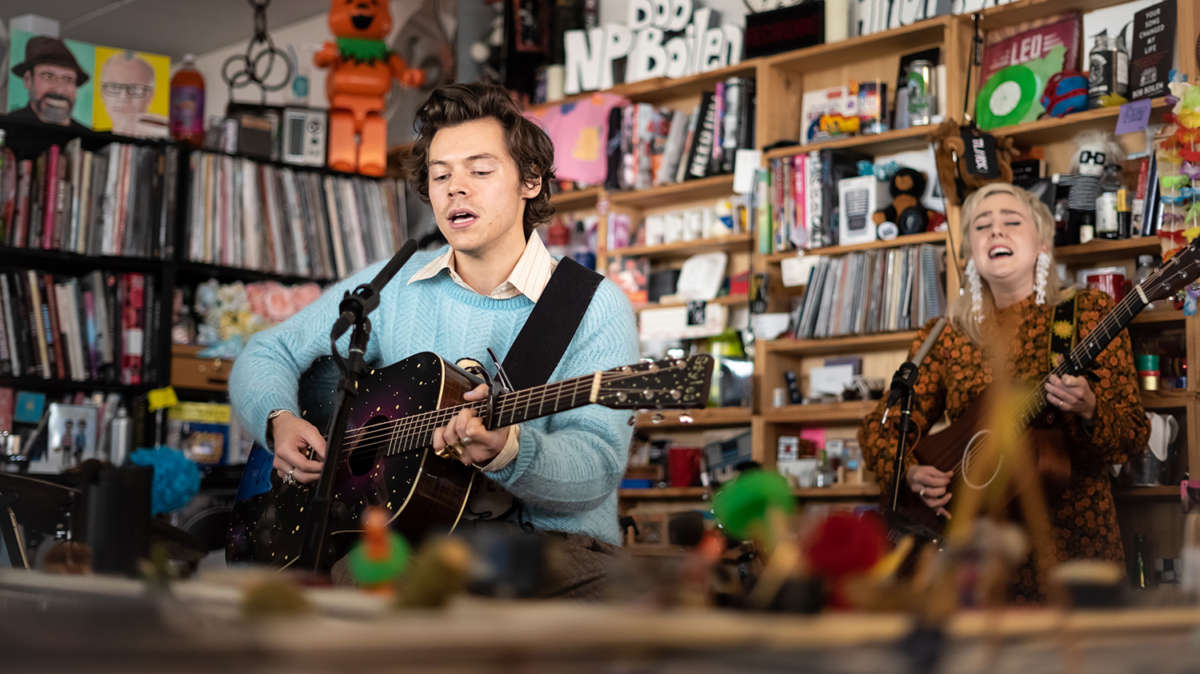 Like many who have graced the Tiny Desk before him, the awkwardness of performing in a working office wasn’t lost on Harry Styles. “It just feels like you’re in the way,” he joked. But when you watch his set from behind Bob Boilen’s desk, you’d never suspect any discomfort.

Backed by his touring band, Styles performed several songs from his latest solo album, Fine Line. Between tracks, he talked about the process of writing these songs: From the day off in Nashville that led to “Watermelon Sugar,” to the feeling of lovesickness he tried to capture in “Adore You.” The camaraderie between the band was clear; and Styles was in on the joy, twirling in his seat between verses.

Styles might not necessarily be the first name that comes to mind when you think of public radio’s only working, desk-music-discovery platform. After all, he’s got a wildly devoted fanbase that’s followed his every move since his One Direction days. In fact, before soundcheck had even started, a crowd of fans had begun to gather outside NPR HQ. They rightly suspected he would be playing a Tiny Desk concert after word got out that the former One Directioner was spotted in D.C. with no tour date on his public schedule.

But beyond the headlines, Styles has proven to be an artist who takes his songcraft and aesthetic seriously, interested in subverting expectations of what a pop star can and should sound like in 2020. That sense of unpretentious creativity is exactly what he brought to his Tiny Desk performance – and it definitely earned him some new adoring public radio fans in the process.

“I have to come into NPR more often,” Styles said after he and his band played their first song. “It’s nice here.”

We — and our massive crowd of colleagues — couldn’t agree more.