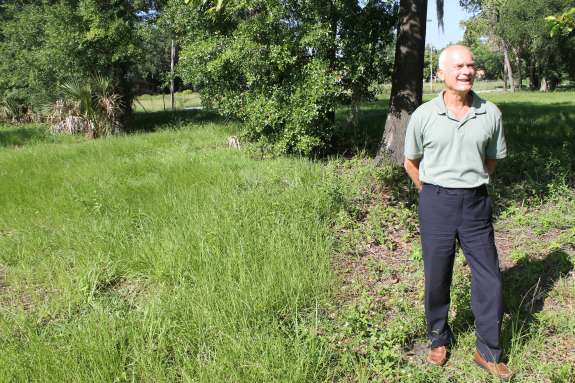 "I can close my eyes now and see this incredible new school. It is a template, it is going to be replicated throughout the United States." Harris Rosen at the site of a new pre-school through 8th grade campus in Parramore. Photo: Matthew Peddie, WMFE

For more than two decades, kids in Orlando’s Tangelo Park neighborhood have been educated through a program that begins at age two and continues through college.

“I can close my eyes now and see this incredible new school,” said Rosen, at the site of the future preschool through 8th grade campus just off North Parramore Avenue.

“There’s no doubt in my mind.”

Rosen explained that after 20 years of sponsoring the education of Tangelo Park kids, seeing their graduation rates go up and crime in that neighborhood go down, he looked around for another neighborhood to replicate the program.

Salaries for the preschool teachers will be funded by Rosen’s foundation.