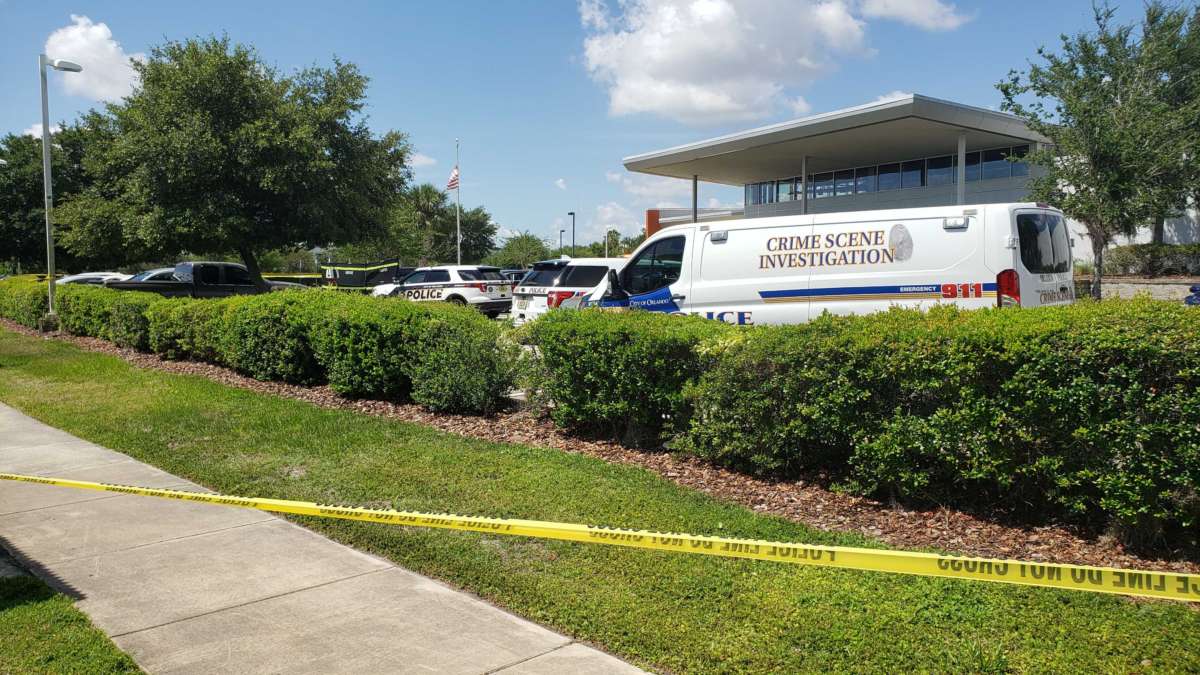 Police described a fatal shooting outside the USCIS office in Orlando as 'domestic in nature.' Photo: Matthew Peddie, WMFE

Harbor House of Central Florida says serious cases of domestic violence are on the rise. But the non-profit is also seeing more survivors come forward for help as the pandemic lifts.

On Monday police arrested a man on a homicide charge after a fatal shooting outside the US Citizenship and Immigration Services office in Orlando, that police described as ‘domestic in nature.’

Orlando Police this week also arrested a man who allegedly paid an associate to attack his girlfriend on her way to work.

Laura Lucy, the Grants and Marketing Manager for Harbor House, joins Intersection to talk about the prevalence of domestic violence and abuse and what can be done to help survivors.

“But in terms of the violence, we have definitely seen an increase in lethality. So what that means is the cases where it could potentially lead to death to a murder. So we’re seeing more people coming in who have been stabbed, who have survived strangulation, things like that.”

“But if someone is an abuser, it can definitely exacerbate the situation,” she says.

Lucy says if you have a friend, family member or coworker who you suspect might be in an abusive relationship, “the main thing is to just let them know that you’re not judging them. It’s easy to say ‘just leave,’ but it’s not easy to just leave. They often have legal and financial entanglements with their abuser, like a mortgage, like children, like pets, in some cases. So just try to be gentle with that person.”