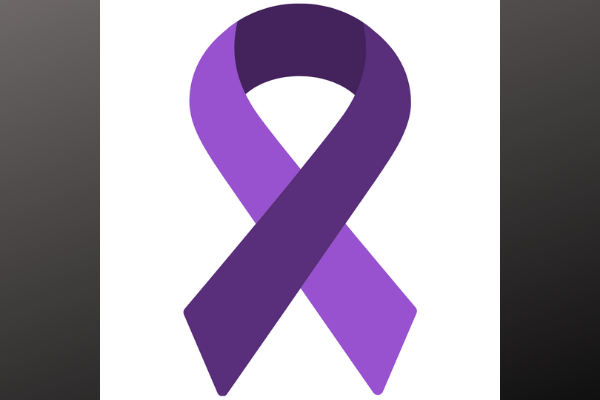 The purple ribbon is used as a symbol of domestic violence awareness.

Domestic violence cases spiked at the start of the pandemic in 2020, by more than 20% in parts of the US. That’s according to the American Journal of Emergency Medicine. Harbor House of Central Florida, which works with domestic violence survivors, noted an increase in serious cases in 2021 as well.

“A lot of the different global media, worldwide media and also local, highlighting what was really happening with isolation and people not being able to reach out is really helpful when it comes to combating domestic violence,” said Sperzel.

Sperzel said legislation in Tallahassee this year could add significant protections for people at risk of abuse.

‘Greyson’s Law’ is named for four-year-old Greyson Kessler, who was shot and killed in a murder-suicide by his father in Fort Lauderdale last year. The bill would make it easier for a judge to remove a child from a parent if they are threatening or abusing the other parent.

Sperzel said she is pleased the bill includes language about ‘coercive control’ and other patterns of domestic violence.

“Domestic violence is more than just two people, that it affects the whole family, and that children are often used as pawns in that abuse.”

Sperzel said while the pandemic may have led to a spike in reported domestic cases, it also has led to new tools to help organizations reach survivors and get them to safety.

She said her organization has used zoom and text messaging to reach people who need help.

“And we have now answered thousands of text messages. And when we are able to get someone to reach out to us, however they can reach out to us, and get them to safety, that’s a win. And we weren’t there prior to COVID, we didn’t know that we needed that for survivors, and so I’m going to take that as one of the really good things that came out of this.”

Sperzel will join a panel discussion on domestic violence prevention on Wednesday as part of Valencia College’s ‘conversation on justice’ week.