Hanukkah Stabbing Suspect Appears To Have Been Driven By Anti-Semitism, FBI Says 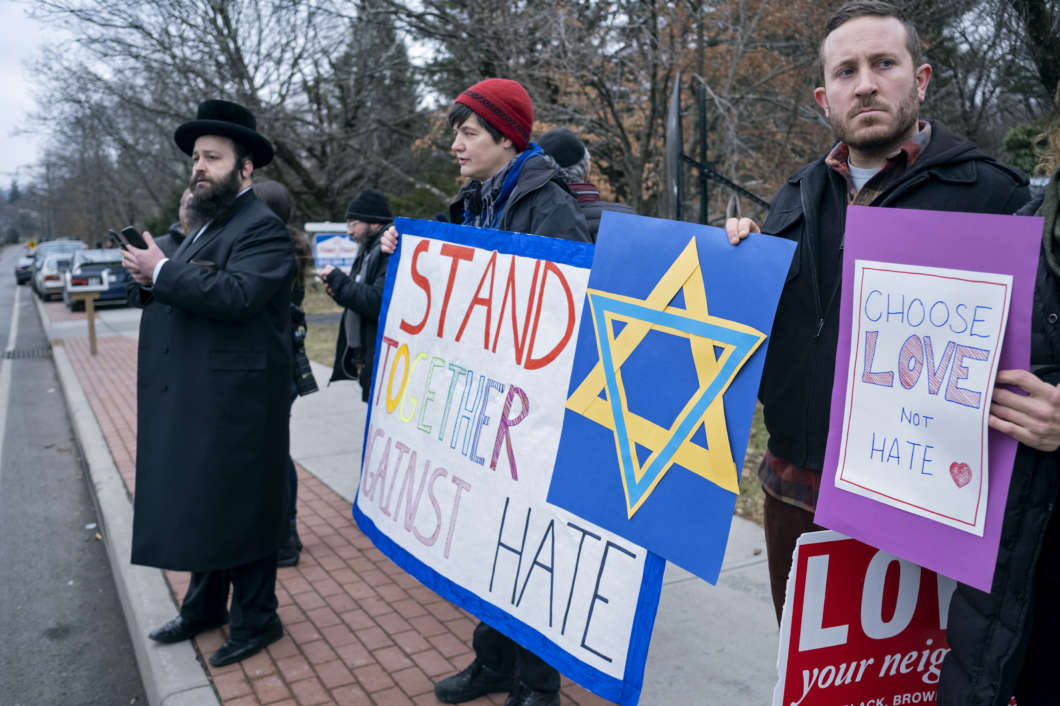 Federal prosecutors in New York have filed hate crime charges against the man accused of carrying out a stabbing rampage north of New York City over the weekend that wounded five people as they celebrated Hanukkah.

According to the FBI, the suspect, Grafton E. Thomas, 37, appears to have been driven by anti-Semitism, citing journals written by Thomas and Internet search history allegedly revealing a pattern of hateful, anti-Semitic leanings.

Thomas, who is also facing separate attempted murder charges brought by state prosecutors, was charged on Monday with five federal counts, including obstruction of free exercise of religious beliefs involving an attempt to kill and weapons charges.

According to the criminal complaint, Thomas entered a rabbi’s home in Monsey, N.Y. around 9:52 p.m. Saturday as dozens of congregants from a nearby synagogue celebrating the seventh night of Hanukkah by lighting candles and reciting prayers.

With his face obscured by a scarf, Thomas said “no one is leaving,” then he took out a machete and began stabbing and slashing people in the rabbi’s home, federal prosecutors wrote in the charging document.

Five people were injured with serious injuries, including on victim who sustained a severed finger. Federal authorities say one victim is still in critical condition with a skull fracture.

Family members of those who survived the attack told NPR that some of the people at the house threw furniture, including a coffee table, at Thomas to thwart his attack.

Witnesses said he stumbled out of the rabbi’s home bloodied and attempted to enter a nearby synagogue, but it was locked. He then got in his car and drove away, though not before a witness took a photograph of his license plate number, allowing police to track him as he entered New York City. Thomas was apprehended in Harlem.

Federal authorities said Monday that a strong scent of bleach was coming from the car when he was pulled over. Officers said Thomas’ jacket and hands were covered in blood.

Federal agents obtained a warrant to search Thomas’ house and recovered an 18-inch Ozark trail machete, a weapon separate from the one used in the attack.

Authorities also recovered journals written by Thomas, some of which appear to include “anti-Semitic” sentiments. The FBI found references to Adolf Hitler and “Nazi culture” on the same page that included the star of David and a Swastika, according to the criminal complaint filed on Monday.

After the attacks, New York Gov. Andrew Cuomo said the incident was an act of domestic terrorism, telling NPR, “when you try to commit mass murder based on race, color, creed, you try to instill fear. That is terrorism.”

The trove of evidence alleging that Thomas harbored hate against Jews is being contested by his family.

He was raised to respect all religions but has a long history of mental illness and hospitalization, according to a statement issued by Thomas’ family.

Thomas had no history of “violent acts and no convictions for any crime. He has no known history of anti-Semitism and was raised in a home which embraced and respected all religions and races. He is not a member of any hate groups,” the family of Thomas wrote in a statement.

And because of Thomas’ history of mental illness, his family said they are asking that a mental health evaluation be conducted immediately.

“We believe the actions of which he is accused, if committed by him, tragically reflect profound mental illness for which, as noted above, Grafton has received episodic treatment before being released,” the family said.

Thomas’ family also expressed concern and prayers for the victims of the Saturday night stabbings. “We thank those who rendered medical attention to each of those injured,” according to the statement.

Thomas was arraigned Sunday on state criminal charges. He pleaded not guilty to all charges. His is being held in a local jail on $5 million bail.

The stabbings come not long after another act of violence directed at Jews on Dec. 10, when a gunman opened fire on a kosher market in Jersey City, N.J., in what investigators are calling a targeted attack.

Gov. Cuomo said Saturday’s attack was part of a pattern of “hatred exploding” across the country. President Trump also condemned the attack as “horrific,” urging national unity in order to eradicate anti-Semitism.

According to Cuomo, Saturday knife rampage was the 13th anti-Semitic attack in New York since Dec. 8.

“The Jewish community is utterly terrified,” said Evan Bernstein, the regional director of the New York/New Jersey Anti-Defamation League. “No one should have to live like this. How many more times will it take for people in Orthodox Jewish community to be terrorized with violence before something changes?”