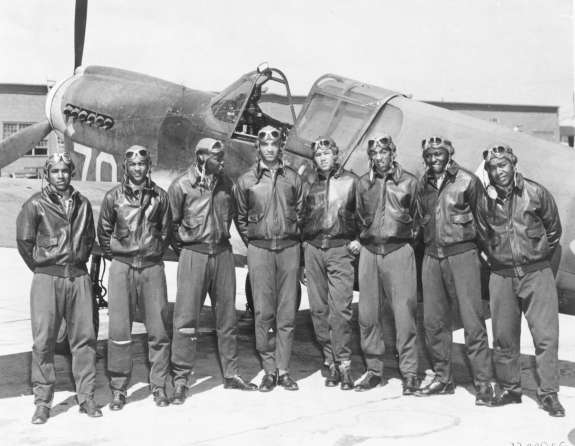 Police are investigating the vandalism of a Tuskegee Airman statue.

The statue sits outside the Hannibal Square Heritage Center.

The statue of Richard Hall-a Tuskegee Airman and Winter Park resident-was vandalized over the weekend.

Winter Park Police Sergeant Garvin Mccomie says the statue was found with a hole in its abdomen.

Mccommie says they’re not sure what the motive was.

#BOLO Help us find those responsible for vandalizing a statue honoring a Winter Park hero, Richard Hall. Please call Crimeline or 407-644-1313 with any information! pic.twitter.com/IrPdEoiaFU

The statue has welcomed visitors to the history center since 2015.

Heritage Center Director Barbara Chandler says there was no security camera footage of the incident. That’s why they’re planning on tightening security after the attack.

“Definitely we are looking into security measures, security systems and what will best work for us so that this does not happen again. And if it does-to have that information.”

She says  statue has a special meaning for the community.

“This is our hometown hero. This is someone if you come here to the Heritage Center on any given day you’re able to see photographs of what his life was like growing up in the community.”

Chandler says the statue will be repaired by artist Rigoberto Torres tomorrow.

The Tuskegee Airmen were a group of African American pilots who flew 15,000 missions during World War II.